WASHINGTON (Reuters) – Jerry Falwell Jr, whose endorsement helped power Donald Trump to the U.S. presidency, has resigned as head of the Christian university he runs in the wake of a rash of personal scandals, the Washington Post and the New York Times reported, dealing a blow to a pivotal figure in the U.S. evangelical political movement.

Liberty and Falwell did not respond immediately to the reports of his resignation.

Falwell’s departure as head of Liberty University in Virginia, one of the largest religious colleges in the United States, followed a Reuters report earlier on Monday that a young business partner had come forward to say he had been in a years-long sexual relationship involving Falwell’s wife and the evangelical leader.

The relationship, according to Giancarlo Granda, starting in 2012 and continuing into 2018, involved Granda having sex with Becki Falwell while Jerry looked on. Granda shared with Reuters texts and other material that he said supported his account of a sexual relationship with the couple.

As Reuters was preparing to publish that story, Falwell issued a statement on Sunday night to the Washington Examiner in which he said Becki Falwell had had an affair with Granda. Becki Falwell did not respond to questions from Reuters. Falwell’s statement did not mention Granda’s allegation of a love triangle and he did not address questions from Reuters about the matter.

In the statement quoted by the Examiner, Falwell said that “Becki had an inappropriate personal relationship with this person, something in which I was not involved.”

To read the full report on the Falwell-Granda affair, click here

Falwell, 58, had taken an indefinite leave of absence earlier this month from Liberty, the school he has run since 2007. The leave, announced in a terse statement from the school’s board of trustees, came days after Falwell posted, then deleted, an Instagram photo of himself with his pants unzipped, standing with his arm around a young woman whose pants were also partly undone.

Falwell later told a local radio station that the picture was meant as a good-natured joke.

Falwell’s departure from that high-profile perch represents a remarkable fall from grace for a man who has been a potent force in American conservative politics. His surprise 2016 endorsement of Trump helped the twice-divorced New Yorker win the Republican nomination for president.

Becki Falwell, 53, is a political figure in her own right. She served on the advisory board of the group Women for Trump, which advocates for the president’s reelection campaign. She also spoke as part of a panel with her husband and Donald Trump Jr at last year’s Conservative Political Action Conference, or CPAC, the signature annual gathering of conservatives. Jerry Falwell and others refer to her as “the first lady of Liberty University.”

The university, based in Lynchburg, Virginia, was founded in 1971 by Falwell’s televangelist father, the Rev. Jerry Falwell. The younger Falwell took over in 2007.

Today, the university boasts an online and on-campus enrollment that exceeds 100,000 students and holds those who attend to an exacting honor code. “Sexual relations outside of a biblically ordained marriage between a natural-born man and a natural-born woman are not permissible at Liberty University,” the code reads.

Granda first emerged as a figure in the Falwells’ circle two years ago, when BuzzFeed News reported that the couple had befriended Granda and gone into business with him, buying a Miami Beach youth hostel in 2013.

At the time of the BuzzFeed article, a representative of the Falwell family said Granda was “offered a share” in Alton Hostel LLC because Granda lived in Miami and would act as a manager of the youth hostel. Corporate records show that Granda currently has a stake in that venture.

The material Granda showed Reuters includes screenshots from what Granda said was a FaceTime conversation he had with the Falwells in 2019. During that call, Granda said, Becki was naked as the two discussed their relationship while Jerry peeked from behind a door. Reuters was able to verify the content of the screenshots.

Earlier texts show a friendly and romantic dynamic between Granda and Becki Falwell. One 2012 text message, which Granda said came from Becki, read in part: “Right now I am just missing you like crazy …. Have you had this effect on all of your lady friends?”

Granda says he met the Falwells in 2012 while working as a pool attendant at the storied Fontainebleau Hotel in Miami. The Falwells welcomed him into their world. He was photographed in a Liberty University aircraft, at a resort with his arm around Becki Falwell, and shaking Donald Trump’s hand in 2012 while Jerry Falwell stood in the background.

In early 2013, about a year after they first met, the Falwells also went into business with Granda. According to public documents, Jerry Falwell invested $1.8 million in a Miami Beach youth hostel. Granda said he was given almost a quarter stake in the business, though he invested no money. Today, corporate records show Granda and members of the Falwell family still own the Alton Hostel business.

In subsequent years, the sexual relationship continued, Granda said. But his friendship with the Falwells eventually soured, Granda told Reuters, in part because he wanted to dissolve his ties with the couple and fell into a business dispute with them.

Falwell’s decision in January 2016 to endorse Trump was one of the most dramatic surprises of that year’s presidential race. It immediately raised Trump’s support among American evangelicals, a major constituency for the party.

In his interview with Reuters, Granda said the endorsement did not surprise him. He said Falwell was considering backing Trump even before Trump announced his candidacy in June 2015.

During a May 2015 conversation at the Loews Miami Beach Hotel, Granda said, Falwell told him that Trump and Trump’s lawyer, Michael Cohen, were pushing Falwell for the endorsement. 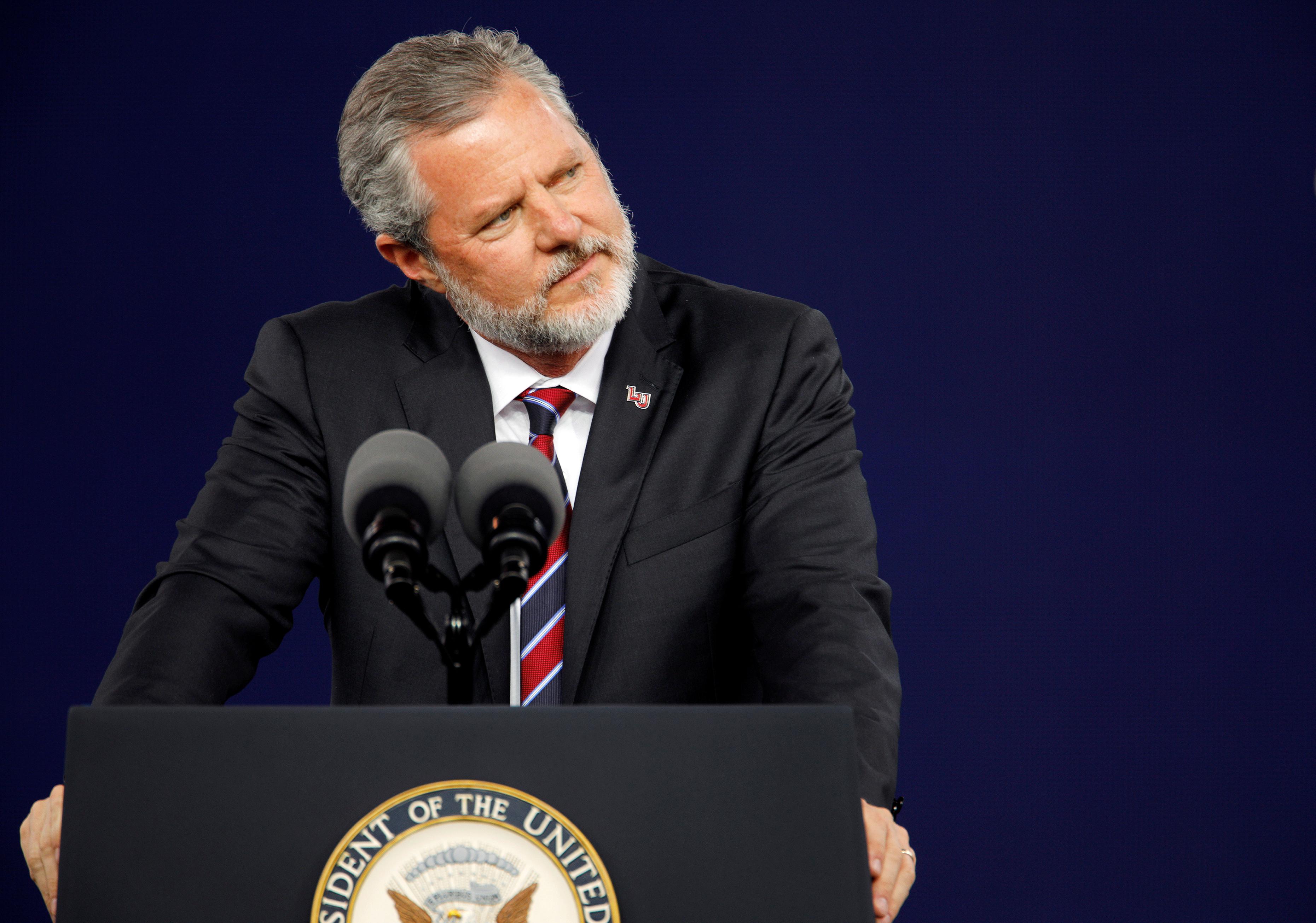 The Falwells had previously enlisted Cohen to help keep racy personal photographs from becoming public, Reuters reported last year. The Falwells didn’t comment. In his interview with Reuters, Granda said Becki Falwell had told him about Cohen’s involvement in that matter.

Cohen’s role became public after comedian Tom Arnold surreptitiously taped a conversation he had with Cohen last year. In the recording, Cohen told Arnold that the Falwells wanted to keep “a bunch of photographs, personal photographs” from becoming public. “I actually have one of the photos,” Cohen told Arnold, without going into specifics. “It’s terrible.”

Cohen did not identify who was in the photos, and Reuters was unable to determine this. To Granda’s knowledge, none of the photographs were of him.