Manfred Weber, head of the European People’s Party risked causing outrage among Brexiteers by saying there is “no question of who is responsible” for the furore surrounding the stalled negotiations between Brussels and Britain. His comments came after the Government angered the EU by publishing the Internal Market Bill, which seeks to override parts of the Withdrawal Agreement it negotiated with the bloc.

In an interview with German radio Deutschlandfunk, Mr Weber said the EU should not be held accountable if the trade talks, which this week entered their eighth round, collapsed.

He claimed the finger of blame should instead be pointed at the British side if discussions fail to bear any fruit and a no deal Brexit happens at the end of the year.

He said: “It’s already obvious that the culprit is in London.

“With a government that no longer recognises the old treaties or does not want to implement them, it makes little sense to negotiate the new treaties. 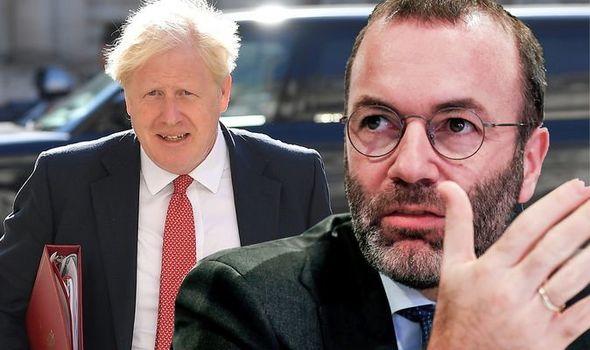 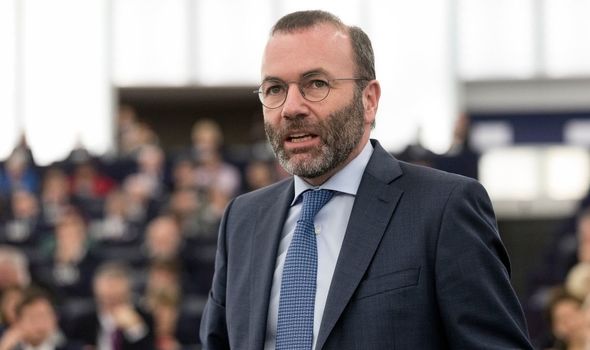 “Johnson does it himself, the work, that he makes it clear that he really wants a hard Brexit and is then fully responsible for the consequences.

“From my point of view, there is no blame game even in Great Britain, no question of who is responsible.”

He went on to stress the importance of the EU putting on a united front in the face of opposition from the UK Government. 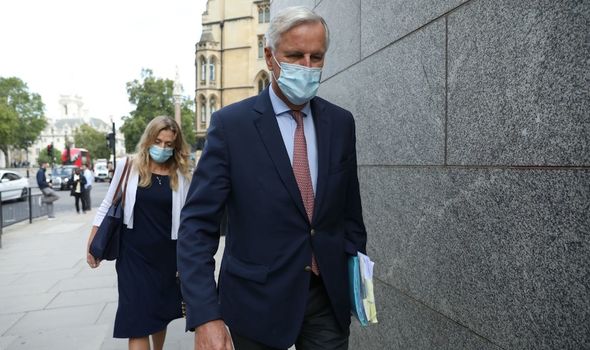 His rebuke of Mr Johnson comes after the vice-president of the European Commission on Thursday told Cabinet Office Minister Michael Gove the UK must alter the controversial bill it tabled this week.

In a tense meeting with Mr Gove, Maros Sefcovic warned the EU is willing to take legal action against the UK over the bill.

If approved, the bill would give ministers the power to ignore parts of the Northern Ireland protocol by making changes to the form of export declarations and other exit procedures. 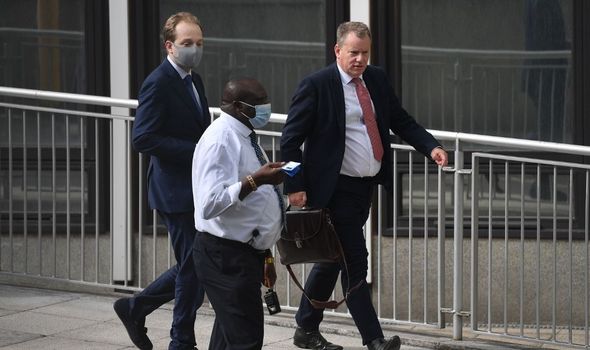 According to a statement released by the Commission, Mr Sefcovic told “the UK Government to withdraw these measures from the draft bill in the shortest time possible and in any case by the end of the month”.

He added: “By putting forward this Bill, the UK has seriously damaged trust between the EU and the UK. It is now up to the UK government to re-establish that trust.”

Ireland’s Prime Minister, or Taoiseach, Micheal Martin has warned the UK Government’s tabling of the bill had “eroded trust”.

President of the European Commission Ursula von der Leyen said she felt “very concerned” about the bill, which the Government has admitted would break international law.

As the row escalates, Mr Weber said the EU must “prepare for the worst case” scenario of talks collapsing and a no deal Brexit being put firmly back on the table.

In a warning to Mr Johnson, he said pursuing the bill and breaking international law would have dire consequences for the UK’s reputation. 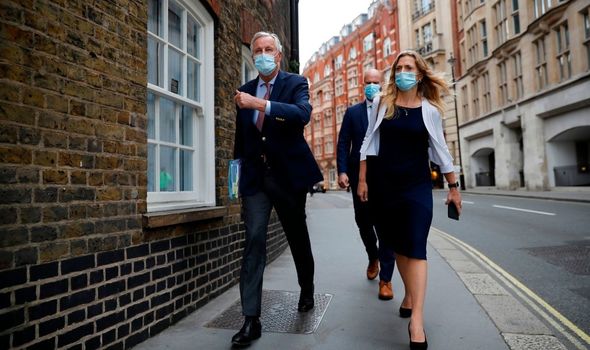 He said: “You can’t really believe what is happening there – that a country like Great Britain has treaties that have been ratified in the British Parliament, in the European Parliament, which have also been signed by Johnson himself – he cannot even say that it had been done by a previous government – that these treaties would no longer be binding on Great Britain.

“That would also mean a big blow to the reputation of Great Britain internationally.”

10/09/2020 Politics Comments Off on EU chief’s savage attack on Boris over crumbling Brexit talks – ‘Culprit is in London!’
World News