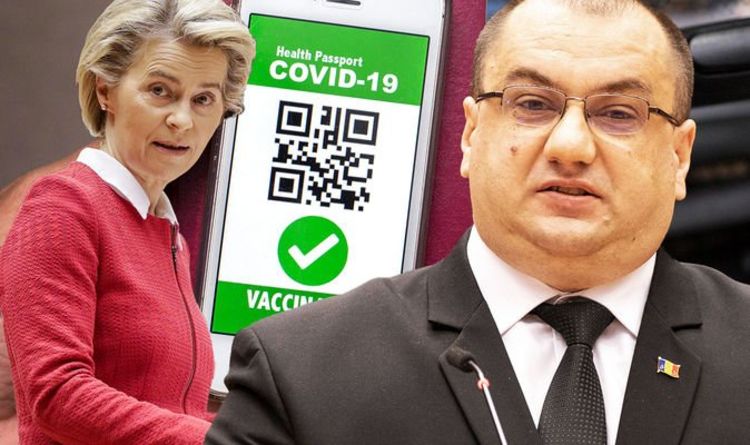 Romanian Cristian Terhes said the plans to restart travel between member states would be a “mass violation of individual rights and freedoms”. Under the scheme, travellers’ jab, test and antibodies status will be used to open up trips to other EU countries. Brussels wants to roll out its so-called Digital Green Certificates by the end of June in a bid to boost the bloc’s pandemic-stricken tourism industry.

But Mr Terhes said the move would see the Continent returned to an era of controls not seen since the Second World War.

He fumed: “The vote in favour of the introduction of this Digital Green Certificate will have profound negative repercussions on both the fundamental rights and freedoms of people, as well as on the relationship between the person and state, and on the future of The European Union.

“The essential reason for the European Union’s existence was to create a space of freedom and prosperity, and not a concentration camp.

“For the first time since World War 2, however, we are called to vote against for reason for being of the EU and to allow a mass violation of individual rights and freedoms.” 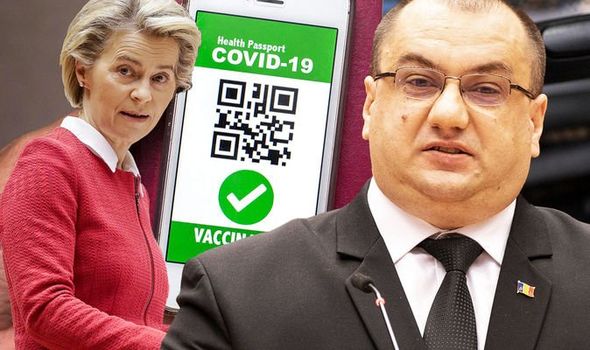 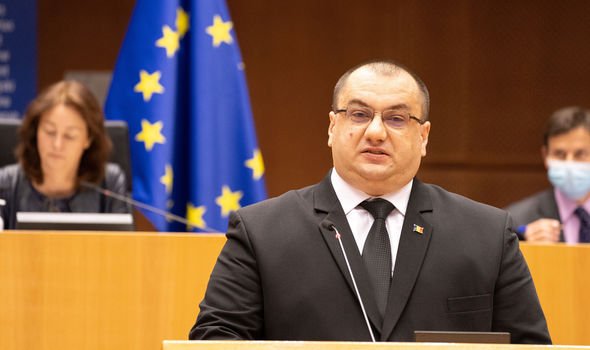 A host of EU nations have already begun work on their own vaccine passport to help kickstart their economies after months of miserable lockdowns.

This could even include welcoming Britons to their countries, with Greece and Spain already announcing breakaway plans.

EU justice commissioner Didier Reynders warned of the possibility of “fragmentation across Europe” if an agreement can’t be struck on a bloc-wide passport.

He said: “We would risk having a variety of documents that cannot be read and verified in other member states. And we risk the spread of forged documents, and with it, the spread of both the virus and the mistrust of citizens.” 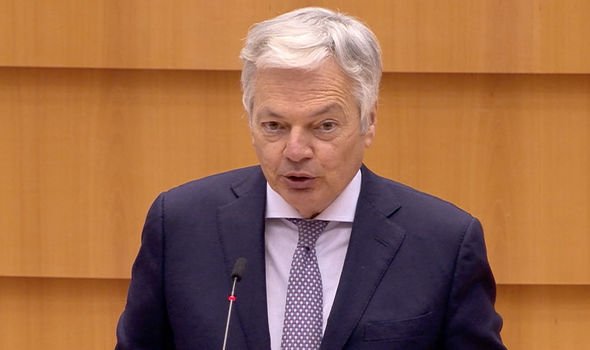 Dutch MEP Jeroen Lenaers insisted the system would ensure “full equality and avoids discrimination between those who have been vaccinated and those who have not”.

The EU has suggested a willingness to open talks with Britain over opening up safe travel routes with each other’s vaccine passports.

Details of the traffic light system ranking countries’ Covid safety will be released around May 10. 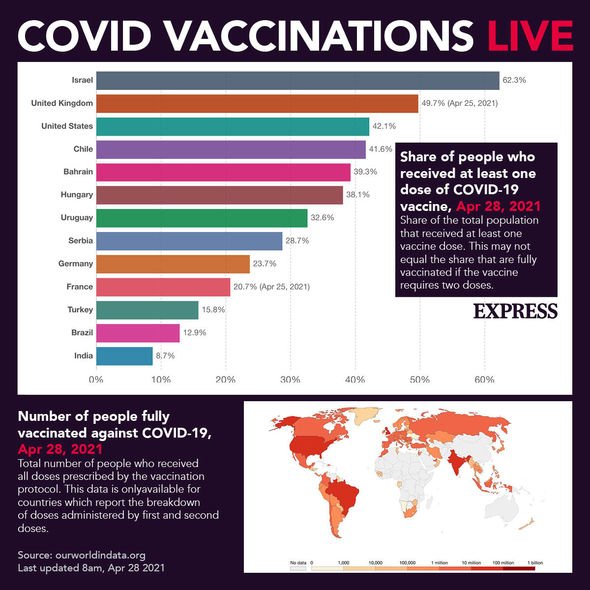 Mr Shapps said: “So far the data does continue to look good from a UK perspective, notwithstanding those concerns about where people might be travelling to – and making sure we’re protected from the disease being reimported.”

He is holding talks with transport ministers from the US, Canada, France, Germany, Italy and Japan next week to secure an agreement on international standards for coronavirus passports.

Mr Shapps added: “We are working on an NHS application; actually it will be the NHS app that is used for people when they book appointments with the NHS and so on, to be able to show you’ve had a vaccine or you’ve had testing.

But he warned that while the UK is successfully reducing Covid infections, the story is different elsewhere.

The transport chief said: “The rest of the world currently has the highest seven-day average ever since this pandemic started.

“So we are not out of the woods yet internationally, and this is of course about international travel. We do have to do that in a cautious manner and make sure it’s safe to do.”

Mr Shapps insisted it was too early to say if British holidaymakers will be able to visit Spain without having to quarantine on their return to the UK.

He added: “Spain specifically, I’m afraid I just don’t have the answer…because [Government scientific advisers] the Joint Biosecurity Centre will need to come up with their assessment and we can’t do that until a bit nearer the time. So we will need to wait and see.”