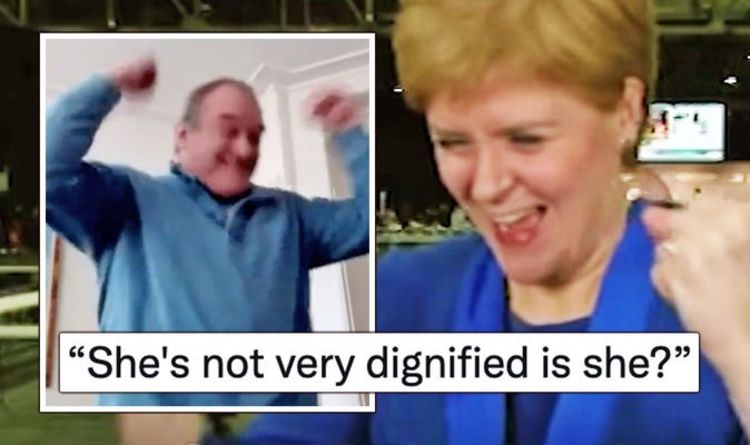 The Conservatives lost the North Shropshire seat they had held for almost 200 years in what has been billed as a bitter defeat for Prime Minister Boris Johnson. Helen Morgan, the Liberal Democrats candidate, was picked by the area’s voters as their next MP in a by-election triggered by the Owen Paterson scandal. Ms Morgan managed to overturn a Tory majority of almost 23,000, and declared that the “party is over” for Mr Johnson.

The results followed one of the Prime Minister’s worst weeks since coming to power in 2019.

Facing-down criticism over multiple parties held by figures in his Conservative Party, as well as one said to have taken place in Downing Street, he was also hit with a rebellion by his own backbenchers over new COVID-19 restrictions — which only passed with the backing of the Labour Party.

And, yesterday, new allegations surfaced that he joined a party held at No 10 in May 2020 during the country’s strictest period of lockdown.

On hearing that his candidate had defeated the Tories, Ed Davey, leader of the Liberal Democrats, was videoed at his home jumping for joy, pumping his fists into the air.

His celebrations mirrored those of Nicola Sturgeon, the Scottish National Party (SNP) leader, who celebrated on hearing that her party had dethroned then-leader Jo Swinson from her seat in East Dunbartonshire at the 2019 General Election.

At the time, Mr Davey was deputy leader of the Liberal Democrats, and voiced his outrage at Ms Sturgeon’s jubilation.

Appearing on ‘Sophy Ridge on Sunday’ shortly after, when asked what his reaction to Ms Sturgeon was, he said: “She’s not very dignified, is she?

“And I think that approach to politics, taking glee in someone else’s defeat in the way that she does, in a very personal way, isn’t appropriate for the First Minister of Scotland.”

JUST IN: Boris in freefall as ALL voters turn on EU deal

Videos of his comments have now resurfaced on social media, placed next to his fist-pumping revelry.

The SNP’s Strathalmond constituency Twitter page said of his actions: “What goes around comes around.”

Another person wrote: “Maybe now he knows what it feels like to pull off a decent result he’ll apologise to the FM.”

Mr Davey has yet to comment on his celebrations.

He has, however, described the win as a “spectacular result” and that the Liberal Democrats have “brought new hope to the whole nation”.

Sir Roger Gale, a Tory MP, told BBC Radio 4’s Today programme that Mr Johnson has “one more strike” before he is “out”.

He added that the by-election “has to be seen as a referendum on the Prime Minister’s performance.”

While Conservative Party chairman Oliver Dowden stood by the Prime Minister, he said: “I know that the voters of North Shropshire are fed up and they wanted to give us a kicking.

The by-election followed the resignation of Owen Paterson, who had been MP for the seat since 1997.

Last month, he was found to have breached parliamentary rules on lobbying.

In her victory speech, Ms Morgan, who won by 5,925 votes, said: “Tonight, the people of North Shropshire have spoken on behalf of the British people.

“They have said loudly and clearly, ‘Boris Johnson, the party is over.’

“Your Government, run on lies and bluster, will be held accountable. It will be scrutinised, it will be challenged and it can and will be defeated.”