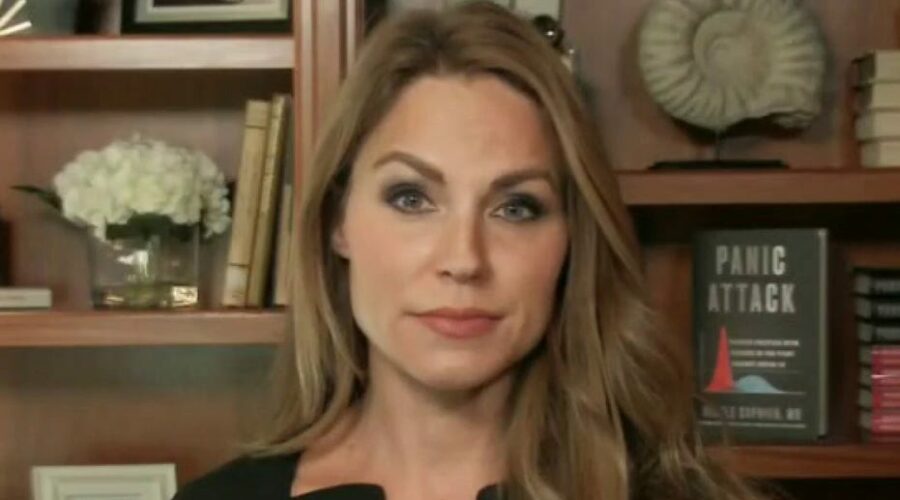 Time to acknowledge COVID ’emergency’ is over: Dr. Nicole Saphier

As supply now exceeds demand, there is a strong push to expand COVID-19 vaccines to younger populations, including kids.

Vaccinating adults has considerably reduced new cases (95%), hospitalizations (87%) and deaths (90%) from COVID-19 in the last 6 months. The impetus behind vaccinating younger people is to protect them while also keeping transmission low and prohibit variants from arising.

Over 54% of adults are now fully vaccinated, while over 7 million adolescents have received at least one dose through the Emergency Use Authorization (EUA).

This week, the Centers for Disease Control and Prevention (CDC) is convening their advisory panel to investigate nearly 800 reports of heart inflammation following COVID-19 mRNA vaccination, of which half occurred in those under 30-years-old.

Less than 6,000 kids ages 12-15 were included in the initial Pfizer and Moderna vaccine trials, so it is predictable uncommon occurrences will emerge after more people receive the vaccine, like heart inflammation. Public health authorities in Israel acknowledged the link between the mRNA vaccines in younger adults to heart inflammation last month, about the time the U.S. CDC began reviewing cases.

People under 18 years account for nearly one-quarter of the U.S population, but less than 1 percent of COVID-19 deaths. Knowing this, the debate arises as to whether children should be vaccinated under the EUA at all.

The infection fatality rate in young children from COVID-19 is less than 0.008%, likely lower due to undertesting. This number is less than flu (0.01%) and markedly less than measles (up to 3% in nonimmune populations), which is why pediatric vaccines for these other illness-causing viruses are crucial.

But death is not the only concern regarding children and COVID-19.

Multisystem inflammatory syndrome in children (MIS-C) is a condition observed in kids within 4 weeks of testing positive for SARS-CoV-2, affecting various parts of the body including the eyes, heart, skin, and kidneys.

Over 4,000 kids have been diagnosed with MIS-C, of which 36 have died. According to CDC data, more than 65% of MIS-C cases have arisen in children less than 12 years, with 58% under 10. Nearly two-thirds of the children who developed the post-viral syndrome were minorities (Hispanic/Latino or Black) with disproportionate rates of childhood obesity, a known risk factor for severe outcomes from SARS-CoV-2.

As a physician and mother of three boys, my question is, if the vaccine successfully induces an immune response, which some studies suggest may be more robust than natural exposure to the virus, then could the vaccine incite the inflammatory reaction resulting in MIS-C?

If so, would it be more frequent or severe if the immune response is greater? Couldn’t this place healthy children at risk of a severe outcome from the vaccine who had an extremely low likelihood of getting sick at all?

I am not alone in my concerns. Pediatric vaccine expert Dr. Peter Hoetz said in a recent interview, “What may hold up the pace of the clinical trials in the younger kids is that we have been seeing this syndrome, caused by Covid MIS-C… probably due to the host immune response, may be due to antibodies. That fact will probably slow people down on how quickly we vaccinate little kids and watch for that.”

So, what will the data from the clinical trials tell us?

With MIS-C having a penetrance of 0.1% following infection, if we use the same seroprevalence data in adults, it is likely the true incidence of MIS-C is closer to 0.02%. A sample size to statistically power the study to capture the low incidence of such a rare manifestation would require about 100 times the number of participants than are planned to be enrolled.

Since new infections have dropped precipitously over the last few months, the weekly rate of new MIS-C cases have fallen to zero. Yet, campaigns for universal vaccination of teenagers persist under the EUA with many schools and colleges even requiring vaccination as the fall semester approaches despite rising cases of post-vaccine inflammatory conditions.

The current trial data is not powered enough to capture the low penetrance of MIS-C and other rare side effects. More data will be forthcoming but should be presented in form of a full FDA approval and not through the EUA. Without sufficient safety data and the parallel drop in MIS-C cases, I remain unconvinced on the utility of universal vaccination for COVID-19 in children right now.

Universal vaccination campaigns should be halted in adolescents and even young adults until more safety information becomes available, especially as case transmission remains low in the majority of the country. The decision to vaccinate under the EUA should be done on an individual basis, only after weighing the known benefits of vaccinating higher risk people against possible risks of the vaccine.

From a public health standpoint, we should not only think about community viral transmission, new case counts, and fatality rates; we must also consider the child’s welfare in its entirety.  An expedited vaccine intended for HEALTHY kids, who have a near zero risk of severe illness and dying from COVID-19, can seem like a solution in search of a problem.

Editor’s note: Dr. Nicole Saphier’s views on this topic are her own. They are separate and apart from her position as a physician at Memorial Sloan Kettering Cancer Center.

16/06/2021 Politics Comments Off on Dr. Nicole Saphier: Let's pause COVID vaccination for our kids — here's my take as a physician and mother
Markets

Bitcoin and source of funds