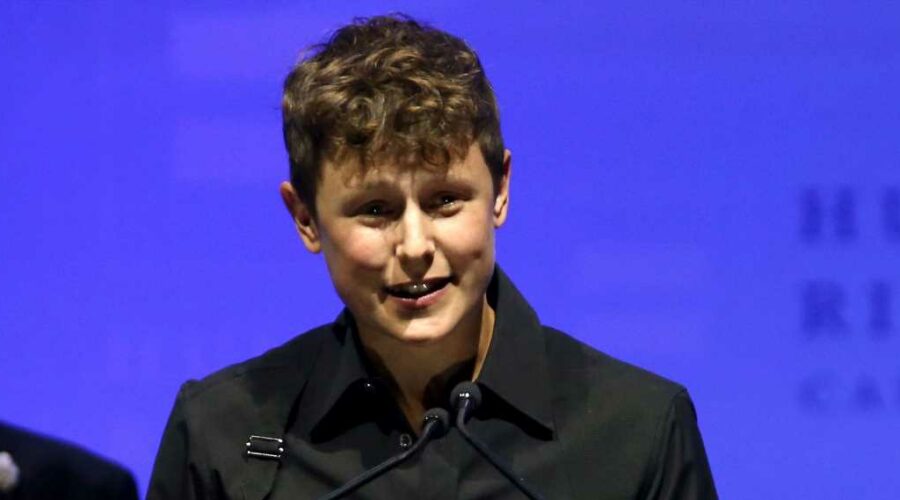 Charlee Corra, the great-great nephew of Walt Disney and great-grandson of the media conglomerate’s co-founder, publicly came out as trans amid increasing outrage over Florida’s anti-LGBTQ+ laws and Disney’s corporate response.

Charlee has been out to their family for years, but at the annual Human Rights Campaign’s Gala in March, they pledged $250,000 to the advocacy group and publicly came out, according to the Los Angeles Times. “I feel like I don’t do very much to help,” Charlee told the Times. “I don’t call senators or take action. I felt like I could be doing more.”

During that same time period in March, Florida Governor Ron DeSantis signed the “Parental Rights in Education” bill (commonly known as the “Don’t Say Gay” bill) into law, which permits parents to pursue legal action if they believe their child’s school district is violating the “fundamental right of parents to make decisions regarding the upbringing and control of their children.”

Republican reps Joe Harding and Dennis Baxley introduced the bill, and according to NBC News, this is what Harding says about it: “Classroom instruction by school personnel or third parties on sexual orientation or gender identity may not occur in kindergarten through grade 3 or in a manner that is not age appropriate or developmentally appropriate for students in accordance with state standards.” But, as Seventeen notes, the bill does not specify what conversations are prohibited or age appropriate, leaving LGBTQ+ advocates concerned this will further isolate LGTBQ+ youth by penalizing open, inclusive learning in schools.

Charlee condemned the law, mentioning all the mental and emotional health issues LGBTQ+ kids and teens face, such as higher rates of depression, anxiety, bullying, and suicidal thoughts. “Then to put something like this law on top of that?” said Charlee. “They can’t learn about their community and their history at school, or play sports or use the bathroom they want to use?”

Ironically, the Walt Disney Co. actually donated to every sponsor and co-sponsor of the bill, according to the Orlando Sentinel. When employees of the company pushed back, Disney’s CEO Bob Chapek acknowledged their concerns in a staff email. He said that he and the rest of the leadership team “unequivocally stand” with the company’s LGBTQ+ employees, but he did not outright speak against the bill. Rather, he said there were “more effective ways” for the company to create positive impact. Chapek later revised his stance after outrage and apologized in a public statement on the company’s official website.

The law is extra worrisome to Charlee since it threatens to erase the already slim representation for LGBTQ+ kids and teens. “I had very few openly gay role models,” they said to the Times. “And I certainly didn’t have any trans or nonbinary role models. I didn’t see myself reflected in anyone, and that made me feel like there was something wrong with me.”

Charlee’s family has doubled their donation to the Human Rights Campaign, and Charlee’s mom Sheri Disney said she wants the donation to demonstrate that LGBTQ+ kids need care and support. She told the Times: “I have a trans kid, and I love my kid no matter what.”