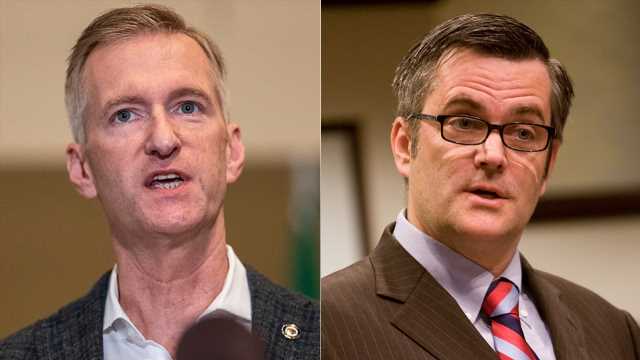 Sam Adams, the former mayor of Portland, Ore., who was ensnared in a sex scandal while in office, may return to serve in Mayor Ted Wheeler’s administration, according to media reports.

It was unclear what role Adams would take on.

The potential hiring was first reported earlier this month by the Oregonian. Messages to Adams and Wheeler’s office were not immediately returned.

Adams, 57, took office in 2009 after serving as the chief of staff for late Mayor Vera Katz for nearly three terms and serving on the City Council. His tenure in office was marred by a scandal involving an alleged sexual relationship with a young man that started when he was a teenager.

Prosecutors investigated claims that the relationship began before the man, Beau Breedlove, turned 18, the newspaper reported. No charges were brought against Adams.

Breedlove was a Salem legislative intern when the two first met in 2005. Adams denied the relationship when the Willamette Week first reported the allegations in 2007.

He did not seek re-election after surviving two recall attempts. After leaving City Hall, Adams worked for a non-profit in Washington D.C., that focuses on climate change issues.

He left in 2017 after being accused of sexual harassment by a former mayor staffer. Adams denied the claims.