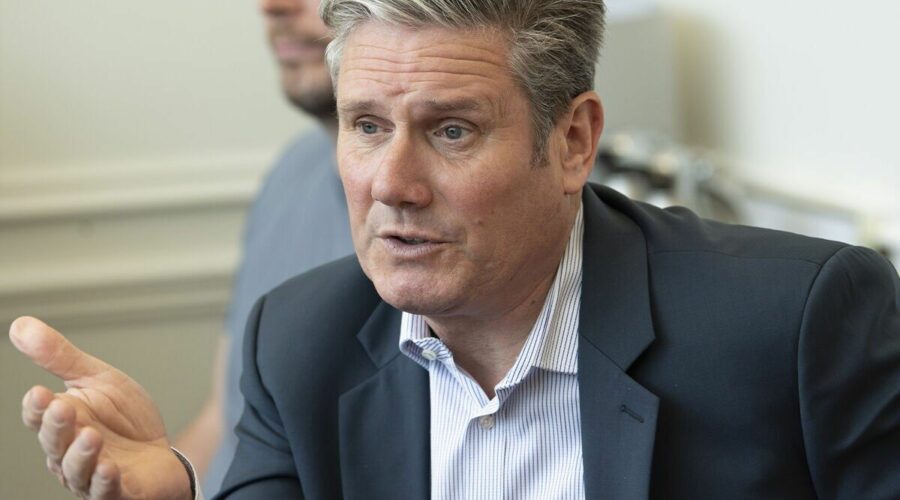 The Opposition leader has been warned he risks another five years out of Government if Diane Abbott, John McDonnell and Richard Burgon are not removed. Those close to Sir Keir fear the public may not trust him at the next election while those who are closely associated with his predecessor remain Labour MPs.

The Holborn and St Pancras MP has sort to distance himself from Mr Corbyn since taking charge in spring 2020.

He suspended the former leader from the parliamentary party over his response to an inquiry into anti-Semitism in Labour and has repeatedly criticised his views in issues such as NATO.

However, it is thought allies of Sir Keir believe that is not enough to win over voters.

Some are understood to believe the Labour leader missed an opportunity to expel Ms Abbott and others after they signed a letter condemning NATO’s “eastern expansion” shortly after Russia invaded Ukraine.

The letter was organised by the Stop the War Coalition, which Mr Corbyn remains deputy president of.

The 11 Labour MPs who put their name to the letter withdrew their names after being threatened with suspension from the party.

Sir Keir said later: “It was remarkable that all the signatures were removed within one hour.”

But there is now concern that the Labour leader should have used the letter as his chance to rid himself of Corbynites.

“Keir should have booted them out then,” a party source told The Times.

“Forcing them to back down wasn’t enough. He still has to share a party with them.”

Election strategists worry the Tories will replicate their 2015 campaign in which they warned voters Ed Miliband was in the SNP’s pocket.

They believe the Conservatives will warn Sir Keir in No10 would be held to ransom by far-left MPs.

“There’s no chance of even a minority government if the Tories make that argument,” a shadow cabinet minister admitted.

“We know what the public thinks about the prospect of these people being in charge of our security because they told us in 2019.”

However, a senior source close to Sir Keir said the party leader had already proven he was wiling to stand up to the left-wing of his party.

They said: “We’ve come a long way in two years, made some big changes, and achieved a lot.

“It’s far from finished, but people now know what his leadership means — and they’re either in or out.”

The source added: “The quick action over the Stop the War MPs tells you where Keir is on this. He just won’t stand for it.

“They were on the bring of being chucked out and they knew it.

“One letter from Keir and they fled their barricade.”

03/05/2022 Politics Comments Off on Diane Abbott has to go! Keir Starmer urged to boot Jeremy Corbyn allies out of Labour
Markets