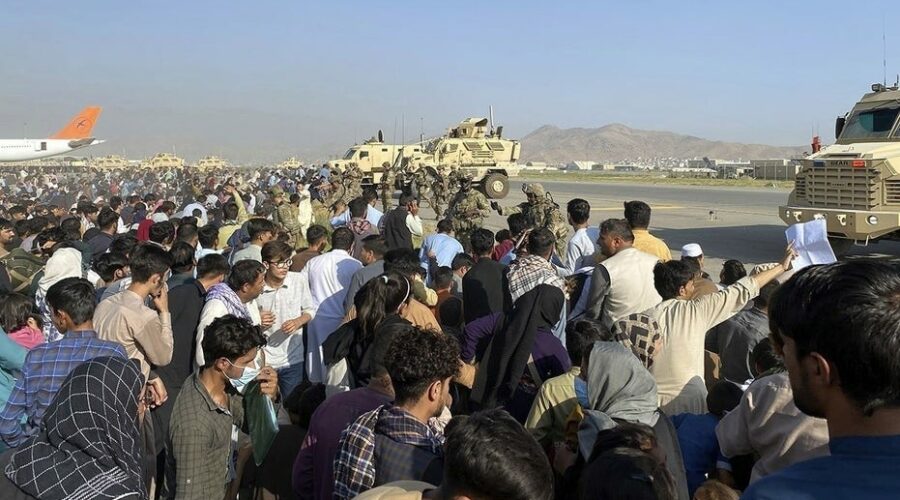 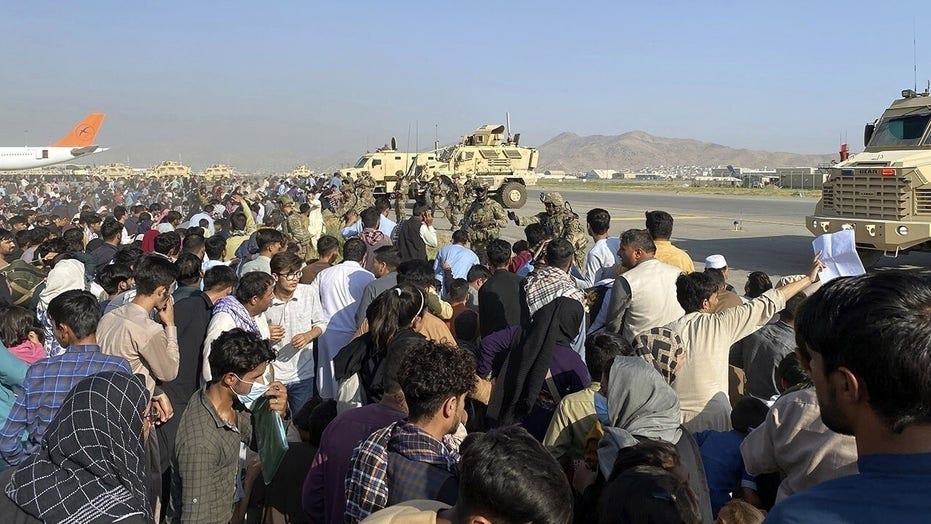 ‘Outnumbered’ panel reacts to the reported ‘confusion’ around multiple planes sitting on the runway in Afghanistan while Americans are unable to evacuate.

The senator from Connecticut issued a press release on Monday eviscerating the Biden administration for delaying flights out of the Mazar-e Sharif airport in Afghanistan following reports of the administration not giving the evacuation flights the green light.

The senator revealed that he and his staff have been working around the clock to “secure the safe passage of two planes” on the airport tarmac carrying “American citizens, at-risk Afghan allies, and their families.”

“My office joined forces in this humanitarian mission with an incredible coalition of advocates – NGOs, former servicemembers, and journalists – to try and evacuate our fellow citizens and Afghan allies,” Blumenthal said.

The Democrat explained that he had not been public about his efforts due to worries that the “heightened attention” from doing so “would only escalate tensions and put these people at even greater risk of being targeted.”

Blumenthal – who sits on the Senate Armed Services Committee and has sons who have served in the military – expressed he has been “deeply frustrated, even furious” at the U.S. government’s “delay and inaction” in rescuing the people left behind in Afghanistan after Biden’s deadly troop withdrawal.

“There will be plenty of time to seek accountability for the inexcusable bureaucratic red tape that stranded so many of our Afghan allies,” Blumenthal said. “For now, my singular focus remains getting these planes in the air and safely to our airbase in Doha, where they have already been cleared to land.”

The senator said that he expects the Biden administration “to do everything in their power – absolutely everything – to make this happen.”

“These are Americans citizens and Afghans who risked everything for our country,” Blumenthal wrote. “We cannot leave them behind.”

The senator’s press release comes after reports that the Biden administration is blocking flights from leaving Afghanistan.

A State Department spokesperson referred to previous comments made by Secretary of State Antony Blinken, saying to Fox News in a Monday email that the department “is prepared to help U.S. citizens, LPRs, and at-risk Afghans to whom we have a special commitment depart the country, if they so choose.”

“When it comes to charters, we facilitated the evacuation and relocation of thousands of these individuals aboard charter aircraft from HKIA during the USMIL-led operation,” the spokesperson said.

“We understand the concern that many people are feeling as they try to facilitate further charter and other passage out of Afghanistan,” they continued. “However, we do not have personnel on the ground, we do not have air assets in the country, we do not control the airspace — whether over Afghanistan or elsewhere in the region.”

“Given these constraints, we also do not have a reliable means to confirm the basic details of charter flights, including who may be organizing them, the number of U.S. citizens and other priority groups on-board, the accuracy of the rest of the manifest, and where they plan to land, among many other issues. We will hold the Taliban to its pledge to let people freely depart Afghanistan.”

Rick Clay, who runs the private rescue group PlanB, told Fox News that the State Department is the only thing preventing the flights he’s organizing from leaving Afghanistan.

Clay has a manifest of 4,500 names of U.S. citizens, green card holders, SIVs and refugees trying to get stateside. So far, they’ve given the State Department 800 names for a first round of flights. Fox News has reviewed that manifest, which confirms Clay’s account.

The White House did not respond to Fox News’ requests for comment.