The whopping haul is more than triple what he’d raised over the course of the past year and comes as he’s running in one of two high-stakes runoff elections in the Peach State, with control of the Senate hanging in the balance.

Almost half of it came from donors who gave less than $200 each, according to the FEC filings. Win or lose, the 33-year-old Ossoff has smashed fundraising goals at every step of his political career. He raised $30 million in a failed 2017 House bid before charging into the 2020 race. 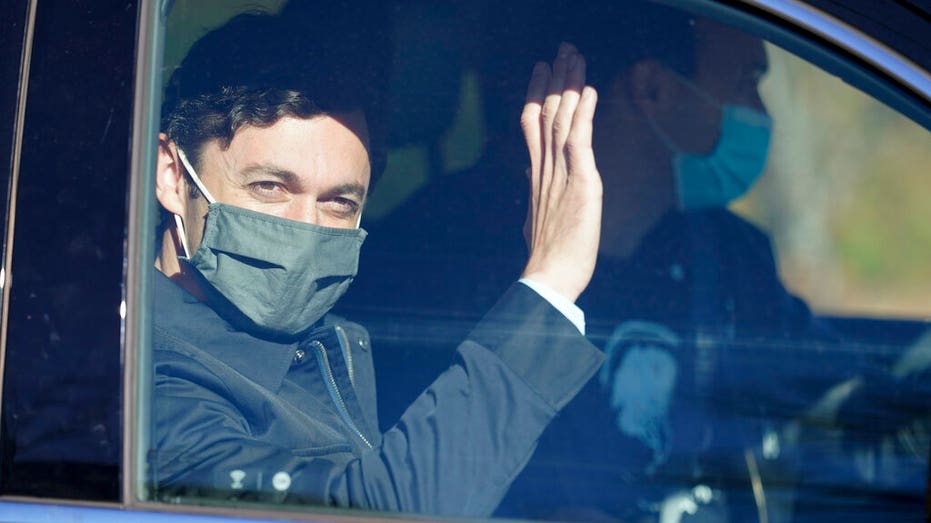 Democratic nominee for U.S. Senate from Georgia Jon Ossoff waves as he leaves a polling place after voting early in Atlanta on Tuesday, Dec. 22, 2020. For the second time in three years, Jon Ossoff is campaigning in overtime. The question is whether

The elections will be held on Jan. 5, but millions of early voters have already cast their ballots. The races have also attracted spending from outside groups and political action committees, with control of the Senate on the line.

The Democrats would need to win both races to have a 50-50 tie in the chamber, which would give incoming Vice President Kamala Harris a potentially tie-breaking vote.

Of the other three candidates, Loeffler reported about $64 million raised for her campaign against Warnock.

The filings from Warnock and Perdue were not available as of early Thursday evening, with a midnight deadline looming.

Analysts have predicted the Georgia runoffs could become some of the most expensive Senate races in history. Spending reached $500 million on the campaigns earlier Thursday and they are expected to continue climbing over the next 12 days.

Fox Business’ Paul Steinhauser and the Associated Press contributed to this report.