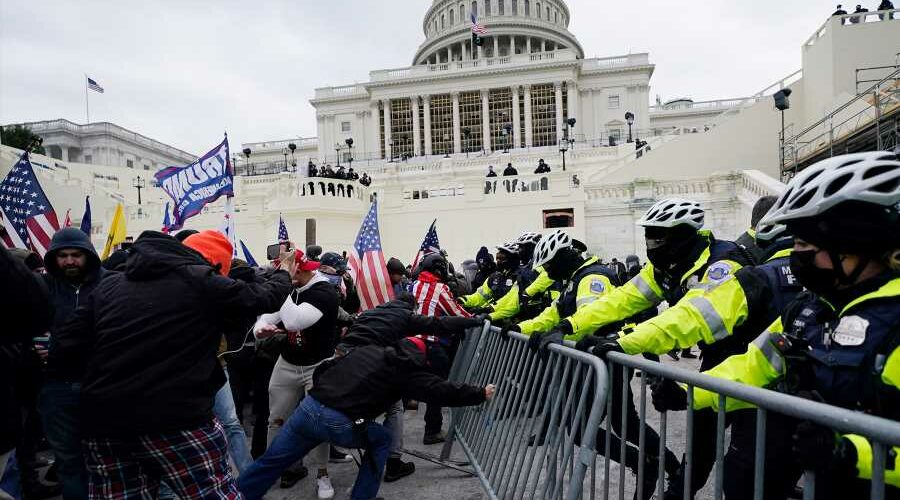 Amid Trump supporters’ siege on the Capitol building — an invasion that halted the Electoral College vote and forced members of Congress to go into lockdown — world leaders and organizations reacted to the assault on American democracy on social media.

“Disgraceful scenes in U.S. Congress,” U.K. Prime Minister Boris Johnson wrote. “The United States stands for democracy around the world and it is now vital that there should be a peaceful and orderly transfer of power.”

“Canada is deeply shocked by the situation in Washington DC. The peaceful transition of power is fundamental to democracy – it must continue and it will,” Canada’s minister of foreign affairs Francois-Philippe Champagne wrote. “We are following developments closely and our thoughts are with the American people.”

Germany foreign minister Heiko Maas called on Trump to finally concede the election — something that is unlikely to happen, given the President’s repeated baseless allegations of a rigged election in his speech aimed at dispersing the MAGA mob — warning, “Trump and his supporters should finally accept the decision of the American voters and stop trampling democracy.”

“The situation in #WashingtonDC is deeply disturbing and alarming, and an unacceptable attack on democracy. President Trump has a particular responsibility to ensure that the situation comes under control,” Norway’s foreign minister Eriksen Soreide tweeted. “The Congress must be able to fulfill its mandate in accordance with the constitution. It is at the very core of a democratic society that the losing party acknowledges the defeat.”

Spanish president Pedro Sanchez tweeted, “I am following with concern the news that are coming from Capitol Hill in Washington. I trust in the strength of America’s democracy. The new Presidency of @JoeBiden will overcome this time of tension, uniting the American people.”

“Shocking scenes in Washington, D.C. The outcome of this democratic election must be respected,” NATO Secretary General Jens Stoltenberg wrote.

Even the government of Turkey, which operates under the autocratic rule of Tayyip Erdogan, were “concerned” with the scene in Washington D.C., urging a “calm and lawful solution to problems.” Other pro-Trump leaders, like Brazil president Jair Bolsonaro and Russia president Vladimir Putin, have not yet commented on the storming of the U.S. Capitol.