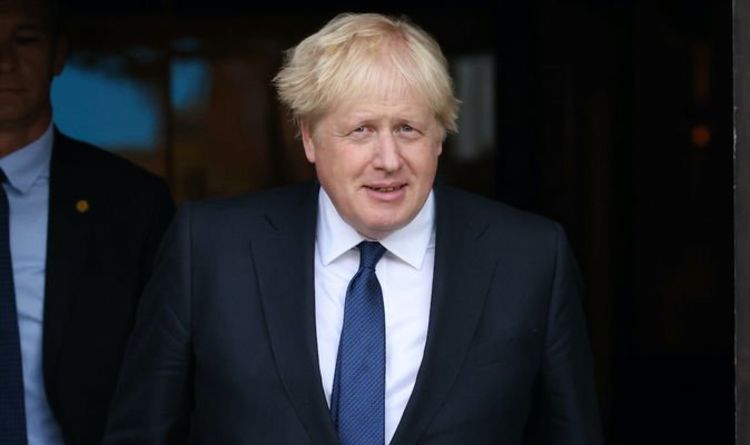 Boris Johnson says he will not return to 'failed model'

Conservatives who waited out Labour’s conference last week now have a chance to celebrate their own in the days to come. Members will meet in person for the first time since 2019 – when the Prime Minister made his debut address. He will do so again in 2021 during what has proven a transformative year for his party.

The worsening fuel and food supply crisis will rank amongst the most urgent issues to address at this year’s conference.

A “perfect storm” of panic buying, Brexit and the pandemic has strangled the supply chain, cutting HGV driver numbers.

As the conference begins, fuel supplies are on amber or red alert across England, Scotland and Wales, and the Prime Minister’s proposed solutions have done little to alleviate the crisis.

Conservative members have voiced concerns that the longer it takes supplies to rebound, the more people will blame the Government.

At present, polling shows most have laid blame on media coverage of shortages.

The NI protocol is the most persistent issue facing Conservatives in 2021.

The protocol was Boris Johnson’s solution to Theresa May’s proposed “backstop” and renegotiated the relationship between Northern Ireland and the EU.

Goods now require checks at ports when they arrive from England, Scotland and Wales, preventing a hard border with the Republic and preserving the sanctity of the Good Friday Agreement.

Conservatives have argued the Northern Ireland protocol creates a “new border” in the Irish Sea at fault for the nation’s recent trade trouble and have rallied against it.

Mr Johnson, who once declared it will create “no visible or practical changes” for those living and working in the UK, now believes it has created an “absurd situation.”

The party has split opinions on how the Government should go forward, with some members calling to invoke Article 16 – thereby suspending the protocol – and others proposing an international treaty.

Rising taxation and levelling up

The Conservatives have diverged from party tradition under Boris Johnson, with a tax surge on the horizon.

Tories have long prided themselves as the “party of low tax”, but the Prime Minister’s move to increase National Insurance contradicts this.

Under his plan, working people will foot the bill for social care with a 1.25 percent increase starting in 2022.

The 2019 Conservative manifesto pledged not to raise taxes, so the decision has rocked Tory MPs and voters alike.

Longtime MP Sir John Redwood said a tax on jobs was “particularly stupid” when the Government was trying to pursue “better-paid employment.”

Rossendale and Darwen MP Jake Berry said the move doesn’t seem “reasonable”, especially for people in his constituency, who already have lower wages.

The rising prices will impact the Government’s “levelling up” scheme, which aims to fund communities north of London.

The recent conviction of Metropolitan Police officer Wayne Couzens for the murder of Sarah Everard has rocked the country and necessitated a discussion around policing and women’s safety.

Politicians have so far provided a lacklustre platform for these to take place, with the Prime Minister insisting the Met is “overwhelmingly trustworthy.”

Conservatives, in particular, must lay out reform plans, as successive Governments under the party have cut police and court budgets.

Mr Johnson must also look at attitudes within his party following comments made by a Conservative official last week.

Tory police commissioner Philip Allott said women need to be “more streetwise” and that Ms Everard – who Couzens abducted and murdered following a false arrest for breaching coronavirus guidelines – “never should have submitted.”

The statement invoked significant anger amongst the general public, and while the Prime Minister and his cabinet have condemned the comments, Mr Allott remains in office.

Much like taxation, the Conservative party has a long-held position on “illegal” immigration.

In 2021, official data shows 13,500 people have crossed into the country to escape humanitarian crises enveloping nations in the Middle East and beyond.

The issue has long plagued Priti Patel, who has made several promises to reduce the number of arrivals.

Among them is turning back incoming vessels, a plan that contravenes the UN Convention rule of the sea compelling states to “render assistance” to people lost on the water.

Some Conservatives have become increasingly antsy, with a definitive solution to “taking back control of our borders” – another promise of Brexit – still out of sight.

What has the Prime Minister planned for this year’s address?

The above issues mean the Prime Minister will arrive at the podium in Manchester on Wednesday with an anxious party.

He has little to boast about, with Brexit not panning out as planned, a fragile economy, and growing unrest about the UK’s direction.

Giles Kenningham, the founder of Trafalgar Strategy and former No 10 press secretary directing Conservative party communications, said he would address “three things” in his address.

His first priority is levelling up, which he will “flesh out” and use to build a centrepiece.

Then, he will move on to post-Covid policies demonstrating the country is “getting back to business as usual” and “building back better.”

Finally, is “deploy Boris”, which would build on his emotional connection with the general public.