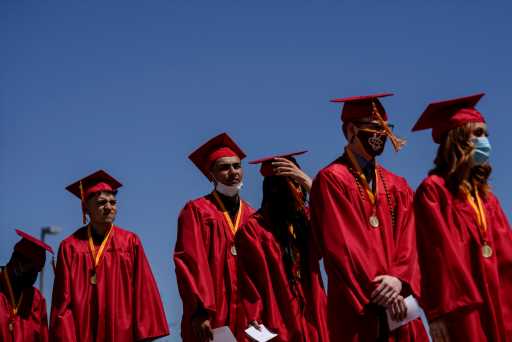 Colorado’s public colleges and universities are no longer required to consider SAT or ACT scores for first-time freshmen during the admissions process under a new law signed Tuesday.

Wealthier families are more likely to be able to afford SAT or ACT tutoring and to live in better-funded school districts that produce college applicants with higher scores. They’re also more likely to have family legacies at Colorado colleges and universities.

“What we’re finding in institutions of higher education is that it’s better to have a holistic approach to admissions,” Polis said. “We need to make sure that admissions practices are equitable.”

All of Colorado’s public colleges and universities backed the test-score bill, HB21-1067. And many school districts cancelled these standardized tests during the pandemic, so the higher education institutions have had something of a head start to observe how the new law will work in practice.

“What they found was a significant increase in the number of students of color not only applying but being admitted,” said Rep. Tony Exum, a Colorado Springs Democrat who sponsored the bill.

This new law preserves the option for an applicant to submit an SAT or ACT score when they apply — and brings Colorado in line with other state university systems in places like Oregon and California. HB21-1067 goes into effect immediately.

The legacy-admissions bill, meanwhile, is set to go into effect 90 days after the legislature adjourns its session, which will happen at some point before June 12.

“I was a … first-generation college graduate,” said Sen. Brittany Pettersen, a Lakewood Democrat and a sponsor of the test-score bill. “It was significantly unlikely that I would actually pursue a college education. The obstacles are already there for people like me. (Legacy admissions) give more of a leg up for people who are already privileged.”

The legislature is expected to give final approval later Tuesday to SB21-29, which would offer in-state tuition at Colorado’s public colleges and universities to students who belong to American Indian tribes with historical ties to the state, even if they don’t live here. Polis is expected to sign that bill into law in the next couple weeks.