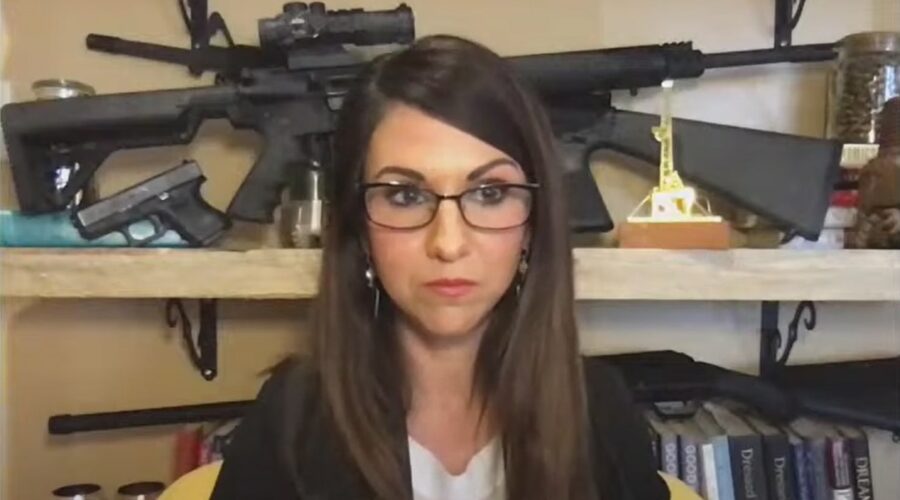 Rep. Mace calls for razor-wire fencing to come down at US Capitol

‘Who are we protecting ourselves from?,’ GOP Rep. Nancy Mace asks on ‘America’s Newsroom.’

California Democratic Rep. Jared Huffman accused Colorado Rep. Lauren Boebert, a Republican, of having a “gun fetish” Thursday, prompting her to remind Democrats on the House Natural Resources committee that they had taken an oath to uphold the Constitution.

“If somebody wants to have a shrine to their gun fetish as a Zoom backdrop in their private life they can do that,” Huffman said during the meeting. “But this is our ‘hearing room,’ and at some point we will get past the COVID epidemic, and we’ll all start showing up in person, and our safety and our ability to conduct business civilly without feeling threatened is a relevant consideration, unfortunately.”

His “shrine” reference knocked the four-gun display seen behind Boebert in the course of a discussion on firearms in the Capitol complex during the virtually held meeting. In a tweet later in the day, he again accused Boebert of “fetisihizing weapons.” 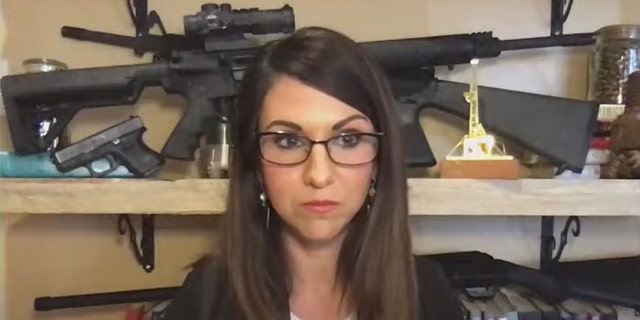 The display appeared on a bookcase in Boebert’s private home in Rifle, Colo., according to a spokesman for her office. 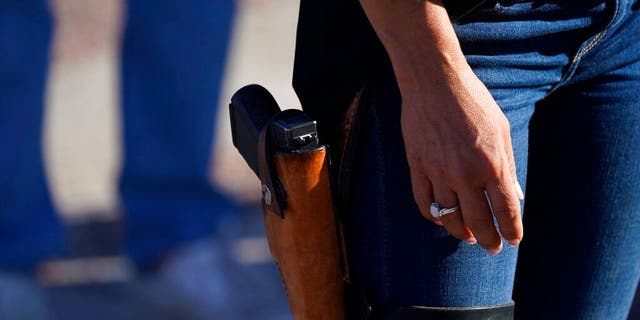 As members mulled a firearms ban during committee hearings, she asked Chairman Raul Grijalva, D-Ariz., whether a handful of other constitutional amendments would be infringed upon.

“How about the Nineteenth Amendment? Can women vote in this committee?” asked Boebert. “Why does anyone think that they can cherry-pick the Second Amendment and say this is the one enumerated right that we can take away from people?”

Before she was elected to Congress, Boebert owned a gun-themed restaurant called Shooters Grill.

“Why stop with the Second Amendment?” she continued. “Let’s go ahead and quarter soldiers in this committee room. There’s plenty of soldiers in the parking garage at ‘Fort Pelosi’ in Washington, D.C.”