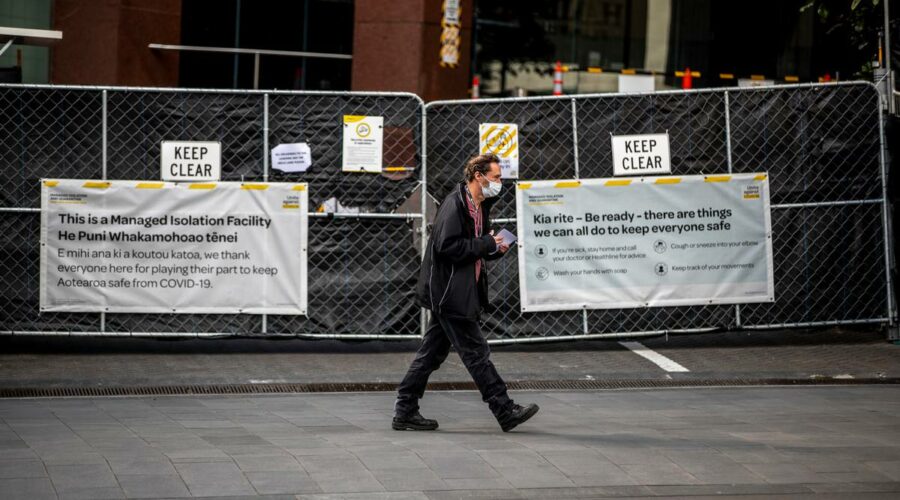 If there was one thing Sir John Key was right about in his critique of the Government’s response to Covid-19, it was his assessment that the MIQ system has become a national embarrassment.

For all the successes in the Government’s handling of Covid-19, there have been failings and the ongoing bottleneck that is the MIQ system is one of them.

MIQ has been largely effective in one of its two core purposes: keeping Covid-19 out.

But its other core purpose was to let New Zealanders come in. The extent to which it is keeping New Zealanders out has now reached an inexcusable level.

It falls well short of the Jacinda Ardern’s promise that, no matter what else happened, New Zealanders would always be able to come back.

The latest draw for MIQ slots highlighted that in the process of trying to make the MIQ booking system fairer, it has done the opposite. It has also been very bad PR for the Government.

The new ‘virtual lobby’ system in which people are randomly selected for places in the queue for rooms makes it abundantly clear just how much the demand is outstripping the supply.

For two rounds now, there have been more than 30,000 in that lobby – 10 times the number of rooms available. Even when the rooms for the rest of the year have been drip-fed out, there will be at least 20,000 left wanting.

The new random queue system was created to replace the old first in, first served model. There was concern people using bots were getting an unfair advantage by getting a heads-up on when rooms were about to be released.

But neither the new nor the old system were sophisticated enough to prioritise those whose needs were greater or who had waited the longest. The emergency allocations are for a very limited group of people. For everybody else, the sorter doing the prioritising is Lady Luck.

The Government’s response has partly consisted of blaming people for not returning earlier – for not coming, say, in June last year when there were vacancies in MIQ, or for not coming back from Australia when the bubble was open, or for going overseas at all.

That is not good enough.The Government showed it was capable of quick action when it ramped up the vaccines rollout after the Delta outbreak. But it has failed to deliver the same urgency on MIQ.

The delays and uncertainty have flow-on effects.

This week, it was pensioners overseas who were concerned they would not be able to get back within the 30 week window after which their pensions would be halted.

The Ministry of Social Development’s response bordered on heartless:

“Closure of the travel bubble with Australia, other flight limitations due to Covid and difficulty securing a spot in MIQ, were all reasonably foreseeable before departure for anyone who left New Zealand within the past 30 weeks.”

Difficulty securing a spot in MIQ may indeed be “reasonably foreseeable” – but it should not be – or at least not beyond the Christmas rush – and not anymore.

People have been forced to take a chance by the system itself – they should not be blamed when that system fails to deliver.

It has also been “reasonably foreseeable” that MIQ was not catering for the numbers it needed to for some time.

The biggest problem with MIQ is capacity.

The MIQ system was put together in a hurry because it had to be. It was a blunt instrument and it has also been effective. It was not expected then that it would be needed for so long.

But it has not evolved since then. In fact, it seems to have gotten worse – and the downstream consequences have compounded: it is not only New Zealanders trying to get in that are suffering.

It has caused backlogs in immigration and severe worker shortages in many sectors.

That was excusable for a while, but it has dragged on and on and things have hit pressure-cooker levels.

It could well also have a consequence for the Prime Minister. She has previously talked about travelling to Europe or North America in the latter part of this year if the domestic situation allowed.

Those are much-needed trips – she has been off the international stage for a long time.

But the anger over MIQ would now also make that politically embarrassing for the PM.

Ardern has glossed over the failings of MIQ by pointing to the number of New Zealanders who have made it back since the pandemic began.

The issue is not last year, or those who made it back. It is now, and those who cannot get back.

On MIQ in particular there has been a Government knows best attitude.

And because MIQ has by and large been effective at keeping Covid-19 out of the community, it has stuck with that to its folly.

The Delta outbreak has shown it was not infallible, but that has also been pointed to as a reason why such a stringent system is needed.

Others have put up proposals but the Government has been reluctant to consider them.

The National Party put up a proposal for a points-based system, to assess which people had the greatest need. That was barely considered, it was dismissed as being too hard, too much paperwork.

The Act Party’s proposal was for other hotels to be able to offer private MIQ – under conditions deemed necessary by health officials – to those willing to pay for it.Proposals have been put up for home isolation with strict monitoring and testing regimes, including home detention anklets or GPS tracking.

Proposals have been put up by businesses for employers to run their own isolation programmes.

Rather than trying to work with them to make that work, the answer has always been a simple no.

Thus far, the Government and officials have always been able to muster up a lot of excuses for saying no: usually a shortage of the required health and security staff needed for MIQ facilities, or the inadequacy of ventilation or the space required.

But it did not find the same energy to find solutions for those problems or to work on refining ideas to make them workable.

Hope is in sight: Ardern’s ‘roadmap’ for re-opening the borders does now indeed talk about home isolation or shorter isolation periods for vaccinated travellers from safe countries which will take some of the strain off MIQ.

But it is still far from clear when such measures would begin.

In the meantime, it needs to find a solution that goes beyond a trial of home isolation for 150 business travellers, and it needs to do that quickly – or at least give a clearer indication of when we might no longer be as reliant on MIQ.

Ardern said, when explaining why only businesspeople were being used for a trial of home isolation, it was because they had “skin in the game” so were less likely to try to sneak around the rules.

Businesspeople are not the only ones with skin in the game, Prime Minister. All of us do.

29/09/2021 Politics Comments Off on Claire Trevett: Prime Minister, MIQ is now a debacle that has made mincemeat of the promise Kiwis could always come home
Markets