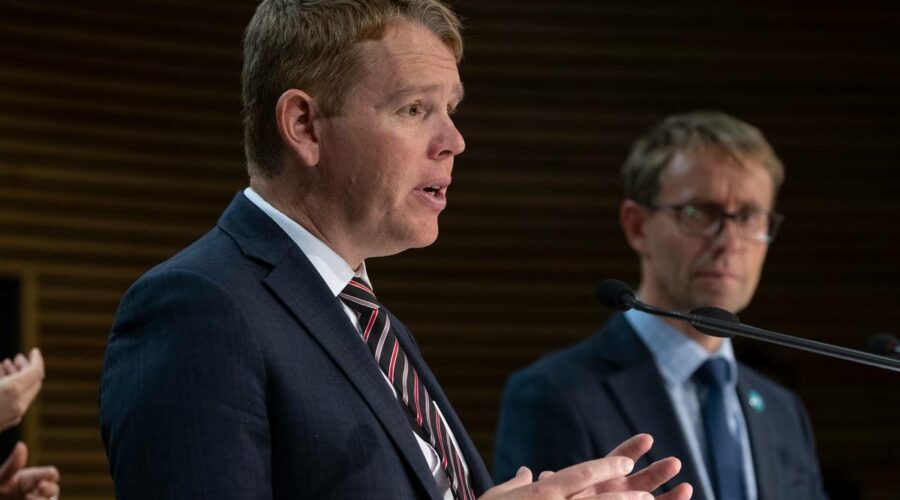 Following months of planning, the first Covid vaccinations were administered on February 20.

More than six weeks later there are still no vaccination progress numbers on the Ministry of Health’s website.

The only regular updates on the rollout come during Wednesday media updates fronted by Minister Chris Hipkins and director general of health Dr Ashley Bloomfield.

Unfortunately, the numbers provided at these events are often vague and occasionally flat-out wrong.

Less widely known is the Ministry of Health’s excellent work providing open and timely data about the virus throughout 2020.

Ahead of the country entering level 4 lockdown, the Ministry of Health published data tables describing all known cases.

Updates were published daily and the tables were soon expanded to include information about clusters, testing efforts and contact tracing.

The Government’s openness about Covid-19 case data stands in stark contrast to the slow-walk release of information about the vaccine rollout.

This timeline lays out key moments in the New Zealand Herald’s attempts to get hard numbers from the Ministry of Health about the rollout’s progress. It describes their opaque and messy handling of public health data.

The first Covid-19 vaccinations for 70 New Zealand border workers take place in Auckland. About 100 nurses had previously been vaccinated so they could administer the doses.

The New Zealand Herald writes to the Ministry of Health’s data inquiries service asking for information about how many people have been vaccinated and how many vaccinators there are.

The Ministry provides no response.

The Government provides details on the rollout plan, including the composition and timings for the four priority groups.

Hipkins announces that about 18,000 frontline border workers and their families have received their first of two jabs and the first New Zealanders will become fully inoculated with two doses next week.

The Herald asks the ministry once again for basic statistics. This time the Ministry provides some information about progress around vaccinators and training. It provides no information about how many people have been vaccinated beyond a “coming soon” statement.

“Public reporting on this is planned in coming weeks. The data will be held on the Ministry of Health website.”

During a media update, Hipkins announces that about 27,000 people had received their first vaccine dose. This suggests that around 9000 people were vaccinated during the previous week.

On a couple of occasions Hipkins talks about “a graph that I distributed today” that shows the timing of the vaccination rollout.

The ministry’s media team later confirms the minister was referring to a chart titled “Covid-19 vaccine: Illustration of volumes and timing of vaccination rollout”.

The chart emphasises that the forecast is uncertain. A caption below the data states “This graph is illustrative based on expected delivery and uptake” and axis labels state that values are approximate.

Yet even affording the ministry considerable leeway, the chart suggests the rollout is significantly behind target.

At the time of its publication, the graph indicates that around 40,000 people per week should receive their first dose of the Pfizer-BioNTech vaccine and another 40,000 should be receiving their second dose. Instead, there were just 9000 total vaccinations over the previous seven days.

The Herald writes to the Ministry of Health requesting a copy of the data used to create the rollout graph. Seven minutes later a representative from the ministry’s media team replied.

“This will need to be an OIA so I’ve sent it to our OIA team to manage.”

The use of OIA here means the Herald must make a request under the Official Information Act for this data. The Herald has not received further update. The ministry is required to respond to this request no later than April 19, 2021.

The Herald writes to the Ministry of Health asking for an update on when data about the national vaccine rollout would become available. Later that day we received the following response.

“The Covid-19 vaccine and immunisation programme dashboard is in development. It will be published soon and updated weekly.”

A Stuff article quotes a spokesman for Hipkins suggesting that around 60,000 New Zealanders have received at least one dose of the Pfizer vaccine.

“As of Monday night about 12,000 New Zealanders had received both doses of the Pfizer/BioNTech vaccine, while another 48,000 had received their first dose, according to a spokesman for Hipkins.”

Hipkins will contradict these numbers the following day.

This is confusing because Hipkins (52,183 people) seemed to be suggesting that around 8000 fewer people had received at least one dose of the vaccine than his spokesman (60,000 people).

The Herald sends a data request to the Ministry of Health seeking clarity.

A Ministry of Health spokesperson responds to the Herald, confirming that 52,183 people have received one or more doses of the vaccine.

The correspondence reveals further irregularities in the statistics. Hipkins had stated that 16,483 people had received the full two doses.

It seems this was a mistake as the ministry spokesperson indicated that only 14,113 people had received a second dose at that time. The 16,483 people is in fact the number of people who had received a vaccine in the previous week.

Some of these errors are very human. Rewatching video of the March 31 media update, it appears Hipkins simply misread his notes when announcing the number of people who had received a full course of the vaccine.

Yet these mistakes matter. Without published statistics, media briefings are our only source of truth about how the rollout is progressing.

Slip-ups and an absence of detail detract from public confidence, potentially creating space for anti-vaxxers and conspiracy theories.

We will continue to request data about the vaccine rollout from the Government and follow up outstanding questions. We hope the Government will start making this data freely available.

07/04/2021 Politics Comments Off on Chris McDowall: Why is the Govt not sharing vaccination data with the public?
Markets