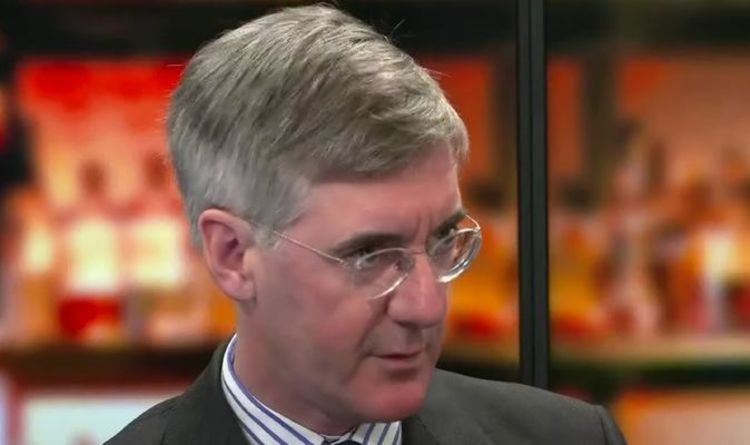 Speaking to Nigel Farage on GB News, the House of Commons leader made it clear that the UK will not be pushed around by the EU over Northern Ireland insisting it is “just as much part of our country as Somerset”. His comments come as Nigel Farage suggested Northern Ireland has been effectively “annexed” by the bloc following the Northern Ireland protocol chaos which followed Brexit. But Mr Rees-Mogg furiously dispelled the idea.

Mr Farage asked: “It’s been effectively annexed! What are we going to do Jacob to sort that out? Is the will there?

But Mr Rees Mogg furiously hit back: “Northern Ireland is a fundamental part of our country.

“Northern Ireland is as much a part of our country as Somerset!”

Farage jumped in joking “it was” suggesting the EU have already taken it as their own.

Rees-Mogg stressed: “No! No! You cannot allow the European Union to extract Northern Ireland from the United Kingdom.

“It has not even recognised animals in the UK as being from the safest country of all!”

He stressed: “The British Government is completely committed to making sure Northern Ireland remains a fundamental part of our United Kingdom.”