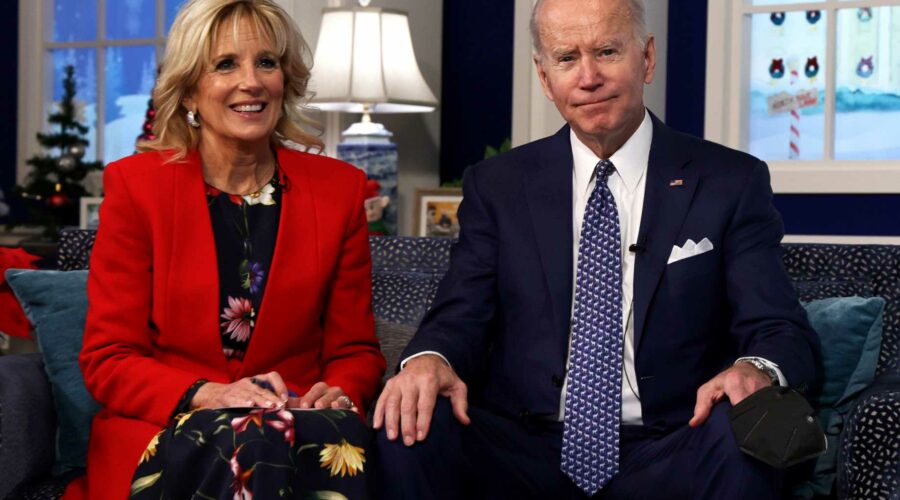 An Oregon man who said “Let’s Go Brandon” during a Santa tracker phone call with President Biden and first lady on Christmas Eve now claims it was just a “joke.”

As The Oregonian very kindly described it on Saturday, Jared Schmeck’s use of the popular right-wing code for “Fuck Joe Biden” was actually just “a reflection of his frustration with Biden’s policies, including the federal vaccine mandates, inflation and global supply chain problems that have caused shortages in consumer products.”

Regardless, Schmeck’s comments to the paper were a mess of contradictions. “At the end of the day, I have nothing against Mr. Biden, but I am frustrated because I think he can be doing a better job,” said Schmeck, 35, a former police officer who now works for an electric company. “I mean no disrespect to him.”

He continued: “I understand there is a vulgar meaning to ‘Let’s go Brandon,’ but I’m not that simple minded, no matter how I feel about him,” he said.

So Schmeck meant no disrespect, yet he also knows what the slur means? Got it.

“He seems likes he’s a cordial guy,” Schmeck said of the president. “There’s no animosity or anything like that. It was merely just an innocent jest to also express my God-given right to express my frustrations in a joking manner … I love him just like I love any other brother or sister.”

Saying “Let’s Go Brandon” in that context can hardly be considered a joke. What’s funnier, in a way, is that although Schmeck said he has “nothing against” and even “loves” Biden, he also emphasized that he “100%” stands behind basically telling him, “Fuck you.”

Schmeck also revealed that he has been receiving what The Oregonian described as some “vague but threatening” phone calls, and seemed to complain that his First Amendment rights are under assault. “And now I am being attacked for utilizing my freedom of speech,” Schmeck complained, as if the Constitution holds that dumb comments shouldn’t carry repercussions.

Schmeck clarified that he’s not a “Trumper,” but is a “free-thinking American and follower of Jesus Christ.”

26/12/2021 Politics Comments Off on Caller Who Told Biden 'Let's Go Brandon' on Christmas Eve Says He Was Kidding, Whines About Free Speech
Markets