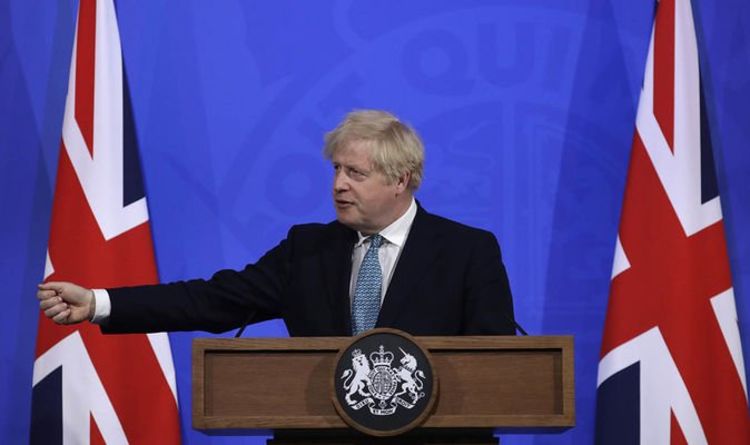 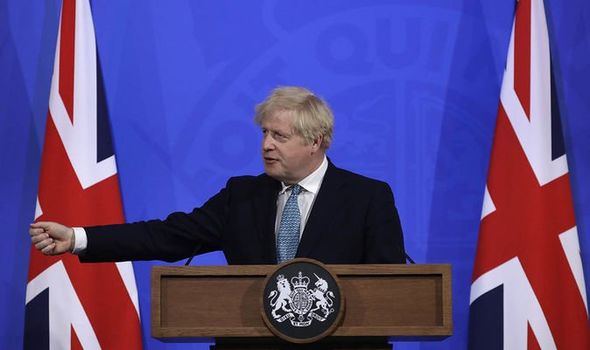 Meanwhile, Britain’s vaccine rollout continues to power ahead with more than 20 million people fully vaccinated with two doses. Mr Johnson says his next aim is to reach one million jabs a day to see off the Indian variant of the virus. But he also warned that until that happens, the changes in restrictions should be approached with a “heavy dose of caution”.

He said: “Together we have reached another milestone in our roadmap out of lockdown, but we must take this next step with a heavy dose of caution.

“We are keeping the spread of the variant first identified in India under close observation and taking swift action where infection rates are rising.

“The current data does not indicate unsustainable pressure on the NHS, and our extraordinary vaccination programme will accelerate – with second doses being brought forward to give the most vulnerable
maximum protection.

“But now everyone must play their part, by getting tested twice a week, coming forward for your vaccine when called and remembering ‘hands, face, space and fresh air’.

“I urge everyone to be cautious and take responsibility when enjoying new freedoms today in order to keep the virus at bay.”

From this week, the over-35s will be invited for their first jabs.

He told the BBC’s Andrew Marr show: “Because we have increasing confidence that the vaccine works against the variant, the strategy is on track – it’s just the virus has gained a bit of pace and we’ve therefore all got to be that bit more careful and cautious.” 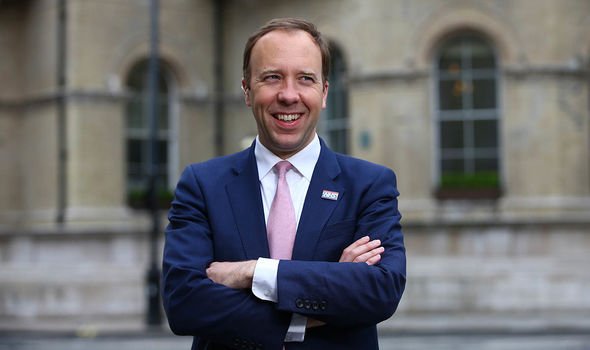 Vaccines Minister Nadhim Zahawi said: “It is inspiring to see the incredible public response to our call to arms to get the jab.

“We have one of the highest vaccine uptake rates in the world but our work is not done yet. It’s time to redouble our efforts on the second dose, so please come forward for the second jab as it could be a life-saving extra boost of protection.”

The timescale for second doses has been brought forward from 12 to eight weeks for the over-50s and the most vulnerable amid concerns about the Indian variant.

Ministers have also ordered increased surge testing, genome sequencing – to determine which variant is present – and contact tracing measures across the North-west, which is particularly affected.

Experts have found vaccinated people are unlikely to end up in hospital with Covid and there is growing evidence they are less likely to pass the virus to others.

Latest analysis shows those jabbed with a single dose of the Oxford/AstraZeneca vaccine have around an 80 percent lower risk of death with Covid compared with unvaccinated people.

The Public Health England report also shows protection against death from the Pfizer-BioNTech vaccine rises from 80 percent after one dose to 97 percent after two doses.

The risk of hospitalisation for fully vaccinated over-80s is cut by 93 per cent.

But fears about the Indian variant have thrown into doubt whether all remaining lockdown rules will be lifted as planned on June 21 – known as Step Four of the roadmap. The Government will announce its decision on June 14. But the latest data is still good enough for Step Three to go ahead today, ministers say.

Groups of up to six people or two households can now meet indoors and hospitality venues can largely reopen. But experts have advised the public to continue to stay outdoors as much as possible when mixing.

Holidays in “green list” countries are allowed but travel to amber countries should only go ahead for good reasons, such as visiting a sick relative. Travel firms have reported a surge in demand for trips to Portugal, the main holiday destination classed as safe to visit.

Couples in England are able to invite up to 30 friends and family to their wedding, but guests must wear masks and are advised not to dance. Sports stadiums can reopen and indoor group exercise classes can resume while cinemas, museums, and children’s play areas can open too. But research by charity Art Fund found 55 per cent of museums and galleries fear for their future.

Culture Secretary Oliver Dowden said: “I ­recognise the anxiety people feel as we assess the situation in the run-up to Step Four, ­
but today is a huge moment for our hard-hit ­cultural landscape.”

More than half of all museums and galleries are worried about their long-term survival as they open today.

Research by charity Art Fund suggests 55 percent are concerned, with just 24 percent not very concerned and four percent not worried at all.

A total of 316 museum and gallery directors were surveyed with most relying on grants and Government funding during the pandemic. Charity director Jenny Waldman said they had made “heroic efforts” to stay afloat, adding: “Now everyone has the power to breathe life back into their favourite museum by going with family and friends.”

Visitors will have to socially distance and wear masks. 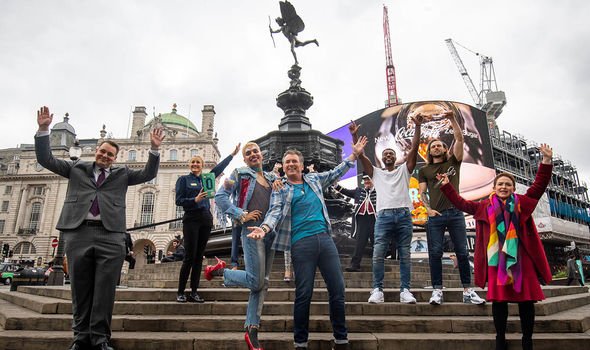 The return of live music is “massively important” but a charity warned of the toll on the mental health of performers after a year off.

James Ainscough of Help Musicians said going back on stage is part of the ecosystem of the industry.

He said: “It’s huge. It is probably around 50 percent of total earnings and this is a £5billion-plus industry, so this is a big thing. [It] is where musicians first learn their trade. For a lot of musicians, getting back into this is going to be financially tough.

“There is an emotional and mental health impact as well. If you have not stood in front of an audience for over a year then that first moment will be exciting but also terrifying.”

Demand for Help Musicians increased 40 per cent in 2020. It has since grown its mental health support service, including a 24-hour phone line staffed by counsellors and a debt service.