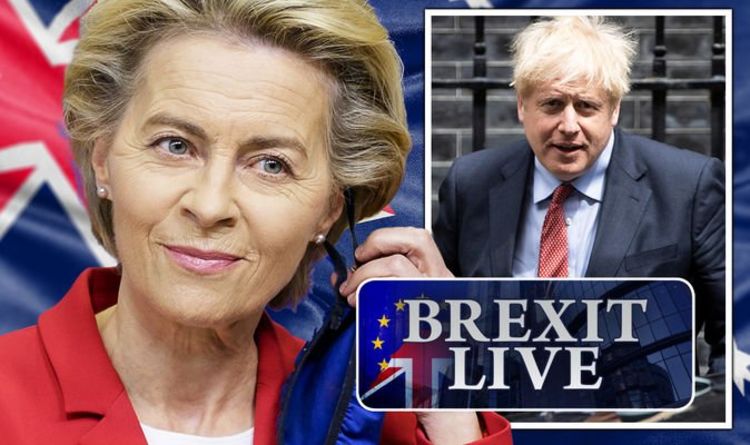 Jayne Adye was speaking at the end of a week in which splits were revealed in cabinet between International Trade Secretary Liz Truss, who is working feverishly to get a deal over the line, and Environment Secretary George Eustice, who has voiced grave concerns over the plan, which would see tariffs phased out over a 15-year period. The National Farmers Union is also opposed to the plan as things stand, with general secretary Minette Batters describing the planned agreement as “incredibly concerning” while claiming it would “offer incredibly little benefit to the economy”.

However, Mrs Adye, director of grassroots pro-Brexit campaign group Get Britain Out, said: “Since we joined the European Economic Community back in 1973, the United Kingdom has been unable to pursue our own global trading agenda.

“Now it seems this lack of experience in the negotiations by public figures – and media interference – is threatening to derail ‘Global Britain’ with a new form of ‘Project Fear’.”

She added: “My preference will always be to buy British, but if my alternative is to support the EU which sees us as an enemy, or to support goods from a Commonwealth ally with whom we have good relations, then I know what I would put in my shopping basket!

“Decades of protectionism inside the EU – with the Common Agricultural Policy handing out subsidies to many of the richest farmers and land owners – this has left our agricultural industry in a rut.”

JUST IN: Britain told to team up with Swiss to halt ‘petty’ Brussels bullies 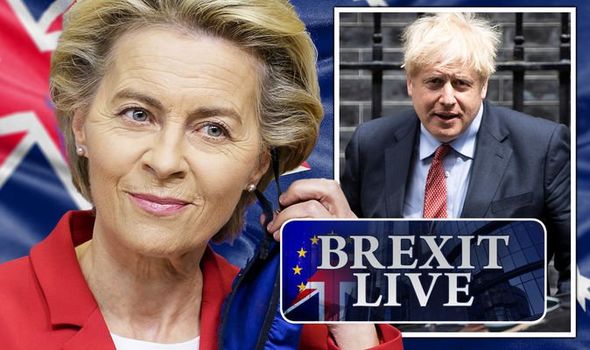 If extra competition meant UK consumers ended up with better products and a greater variety at a reduced cost, Mr Johnson’s approach will have been vindicated, as well as demonstrating the UK’s willingness to “embrace a global expansion”, Ms Adye said.

She added: “I would remind everyone we already have a tariff and quota free deal with the EU – and have done for decades – even though standards are much lower in some member states and cheaper products are available. Yet UK farmers have survived – and in fact, they pushed vigorously for an EU trade deal.

“Why is a tariff and quota-free deal with the EU – which is right on our borders – more acceptable than a similar deal with the much smaller market of Australia?

“If we do not push back against these doomsday messages – and understand the fact changes need to be made – then we will end up with few new trade deals, and still tied into the EU’s backwards protectionist approach, killing the ambition of Global Britain and making our successful fight to Get Britain Out of the EU a very hollow victory.”

[THIS IS A LIVE BLOG – SCROLL DOWN FOR REGULAR UPDATES] 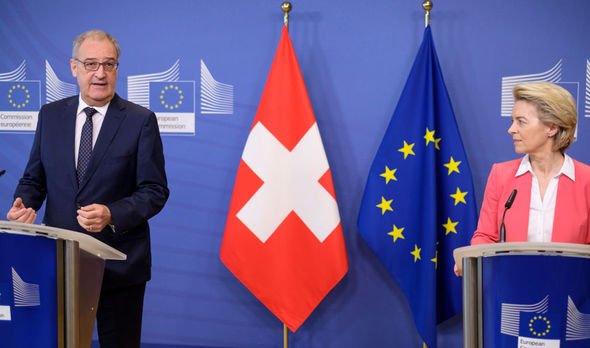 EU attempts to bully Switzerland into accepting its myriad rules and regulations have offered a clear indication of the “pettiness” at the heart of Brussels, a pro-Brexit campaigner has said.

And Jayne Adye has told Prime Minister Boris Johnson he must join forces with Bern to thwart the bloc’s expansionist agenda – and expose its “fragility”.

Years of talks aimed at binding Switzerland more closely to the European Union’s single market collapsed on Wednesday, when the Swiss government ditched a draft 2018 treaty that would have cemented ties with its biggest trading partner.

Faced with fierce opposition to the pact domestically, the Swiss Cabinet said it would break off talks and seek an alternative way forward.

29/05/2021 Politics Comments Off on Brexit LIVE: Alert over plot to scrap Australia trade deal -UK could STILL be ‘tied’ to EU
Markets