Brexit is the closest it has ever been this month, as Boris Johnson has successfully pushed his deal through the House of Commons. The deal passed the Tory-dominated lower house by 99 votes, paving the way for transition to the House of Lords.

Could the Brexit deal be blocked in the House of Lords?

Parliament’s upper chamber undergoes much the same process as the House of Commons.

The upper chamber will undergo a first and second reading before progressing to a committee stage, report stage, and final third reading.

The House of Lords does not possess the same power as Commons, as it is unable to prevent bills from becoming law. 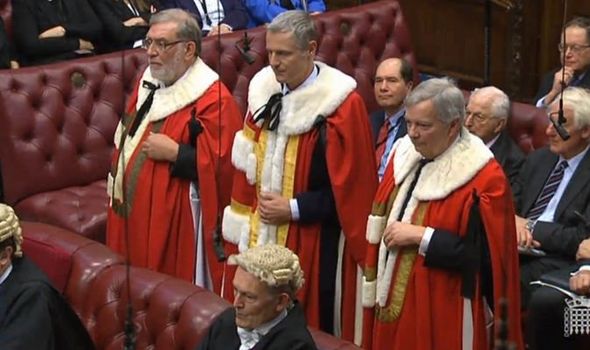 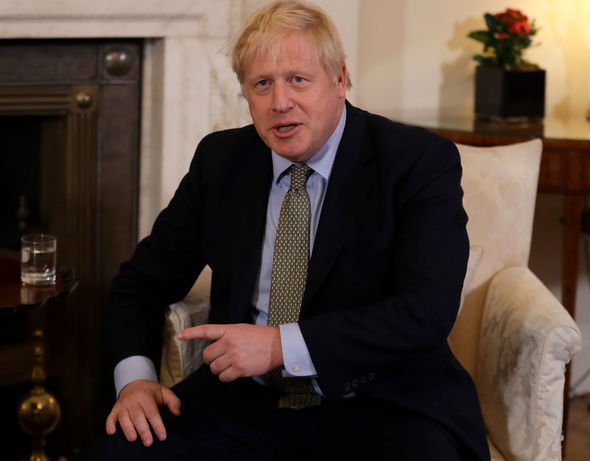 While the bill is in the upper chamber, Lords members may make amendments, but it must go back to the House of Commons for changes to take effect.

The Lords cannot stop the bill altogether but may be able to keep it in a state of ‘ping pong’ as it swings between the two Parliamentary chambers, prolonging the legislation and preventing a January 31 exit date.

Most people may assume the chances of the bill stalling in Lords is low, given Boris Johnson’s election success, however, this is not the case.

Boris Johnson clinched a Commons majority of 80 on December 12, allowing him to easily pass legislation through the lower house.

However, his staggering lead did not extend to the House of Lords, which operates on unelected peers. 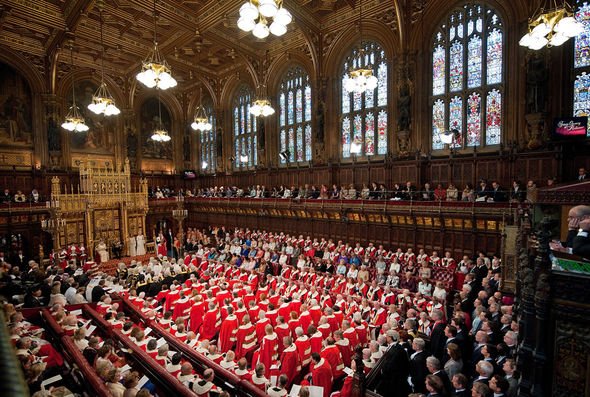 Currently, the House of Lords is controlled by the opposition via a combination of Labour and Liberal Democrat peers.

The Conservatives have 244 members in the House of Lords, while Labour has 181 and the Liberal Democrats 94.

Here is the total composition of the House of Lords: 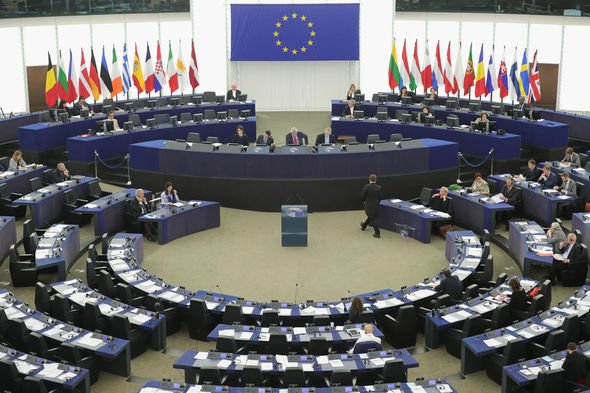 The House has already voiced concerns with the deal they are soon to scrutinise via the House of Lords European Union Committee.

Their issues lie with the UK/EU joint committee, which decides details of the Withdrawal Agreement and is not subject to “Parliamentary oversight”.

Lord Kinnoull, Chair of the House of Lords EU Committee, said Parliamentarians in Westminster would be reduced to “passive observers” while MEPs take control.

“We are concerned that so much of the detail of the Withdrawal Agreement is being left to the UK/EU Joint Committee, a body that will not be subject to any parliamentary oversight and that may not even publish details of the decisions it reaches.

“The lack of any provision in the Bill for the UK Parliament to scrutinise the future relationship negotiations is set in harsh relief compared to the role the European Parliament will play.

“MEPs will be able to undertake detailed and transparent scrutiny of future EU/UK negotiations while parliamentarians in Westminster will be reduced to passive observers.

“This lack of symmetry runs counter to the spirit and letter of ministerial undertakings given to parliament previously.”

14/01/2020 Politics Comments Off on Brexit block: Could Brexit deal be blocked by House of Lords?
World News