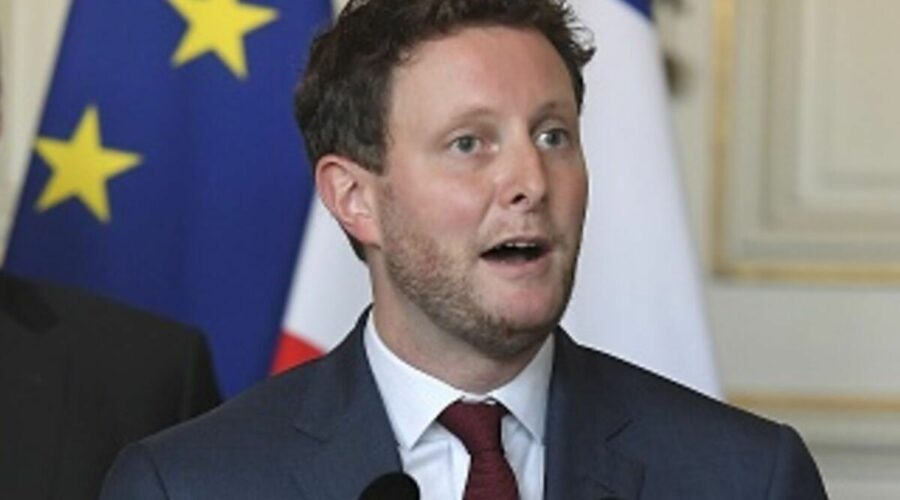 Brexit has had worse impact on UK than Covid says Beaune

President Macron’s centrist camp heads into the week before a crucial second round of runoff voting in lower house elections with a razor-thin edge over the left, results showed after Sunday’s first round of the French election. His Ensemble! alliance of centrist parties won 25.75 percent of the popular vote on Sunday, according to the interior ministry’s final tally, while Jean-Luc Melenchon’s NUPES bloc came in second with 25.66 percent.

Manuel Bompard, one of Melenchon’s most senior allies, himself running for a seat in Marseille, called into question the credibility of the result.

Mr Bompard said the NUPES won some 200,000 more votes that were not accounted for in the final results, without presenting any evidence for his assertion.

But it is Mr Beaune who could cost the French President the biggest blow.

Mr Beaune, who is campaigning in an eastern Paris constituency, is believed to be at risk.

As a former adviser on matters such as Brexit, Mr Beaune, 40, is a close ally of the president.

If the European Affairs Minister failed to consolidate his position in government, together with Minister for Ecological Transition Amelie, President Macron would face a hug crisis, according to Les Patriotes leader Florian Philippot.

He said: “Two ministers are in big trouble: Amélie de Montchalin, who thought she was above the law on planes, and Clément Beaune who hates France and loves the EU: they absolutely must lose, which will expel them from the government and create a crisis in Macronie!”

“That would be a painful loss,” a government source said.

Mr Beaune said of the first round: “The projections look good, apparently, for NUPES.

“I don’t deny the results, but we don’t know exactly whose ahead.”

With the two-round system, which is applied to 577 constituencies across the country, the popular vote in the first round is not a good indication of who will eventually win a majority on June 19, when the second round is held.

Even though Mr Marcon’s alliance is well-positioned to secure the largest number of seats by a wide margin, main polling institutes said the President could still lose his grip on parliament in the final round of voting.

According to a forecast by the pollster Elabe, Ensemble is set to win between 260 and 300 parliament seats – with an outright majority secured at 289 – while the left would secure 170-220 seats, a big increase from 2017.

With rampant inflation driving up the cost of living and eroding wages, President Macron has struggled to build on his re-election in April, with Mr Melenchon casting him as a free-marketeer more intent on protecting the wealthy than hard-up families.

At stake is Mr Macron’s ability to pass his reform agenda, including a pension reform he says is essential to restore order to public finances. His opponents on the left are pushing to cut the pension age and launch a big spending drive.