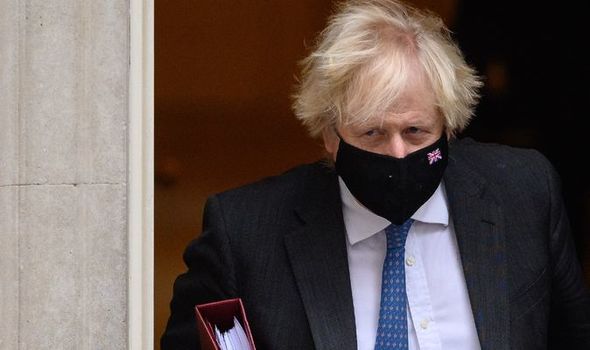 Laurence Robertson was removed from his unpaid position as envoy to Angola and Zambia after he rebelled against the Government in the Commons last night.

He was one of 101 Conservatives to reject the requirement for Britons to show proof of vaccination or a negative test to access large events.

The revolt has largely been seen as a humiliation for the Prime Minister, badly damaging his authority.

Only Theresa May has seen a bigger rebellion, when 118 Conservatives rejected her Brexit agreement in the first Meaningful Vote.

Mr Johnson attempted to rally support before the Commons vote by addressing backbench MPs worried about the consequences of vaccine passports.

Government whips had warned Mr Robertson in advance of yesterday that he would be removed from his position if he did not back the Covid measures.

However, the Tewkesbury MP told colleagues the threats merely emboldened him to vote against the new coronavirus rules.

Although the Prime Minister removed Mr Robertson from the voluntary role, appearing in the House of Commons this lunchtime, he acknowledged there were “legitimate anxieties” about the impact of the restriction.

He said: “I respect and understand the legitimate anxieties colleagues have about restrictions on the liberty of the people but I believe the approach that we are taking is balanced and proportionate and right for this country.”