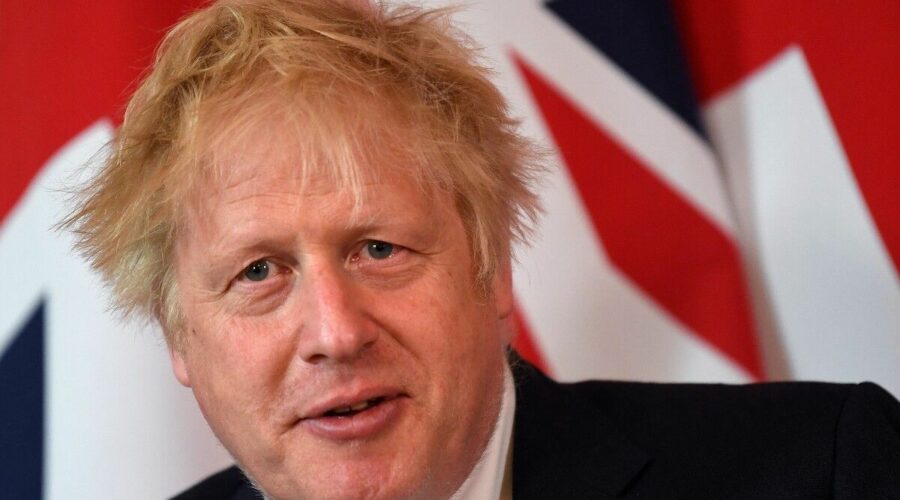 Lord Frost on EU's brutal refusal to renegotiate with UK

Northern Ireland minister Conor Burns has been sent to Washington to persuade the US that the EU is putting peace in the province at risk with its dogmatic approach to the Protocol according to the Spectator magazine. Mr Burns is the Prime Minister’s secret weapon in the tussle with Brussels because he is Belfast born and a self-described “Catholic Unionist”.

It is hoped that he will be able to make links with the Democrats’ powerful Irish lobby which goes to the top including President Biden himself.

Mr Biden has so far taken the EU’s side over the Protocol because of the argument that the border on the island of Ireland needs to be kept open to preserve peace.

But with Sinn Fein expected to be the biggest party after today’s elections for the Stormont Assembly today and no prospect of a power-sharing agreement being restored there, the UK Government believes that the Protocol is now threatening the Good Friday agreement and peace in Ulster.

Mr Johnson is reported as saying that he is prepared to give the EU “one more chance” to come to terms with a reformed Protocol.

And it is understood that he plans to hold a meeting with the hardline French President Emmanuel Macron who has vetoed any changes to the agreement so far.

But failing that the Government will introduce a new law in the Queen’s Speech which will unilaterally tear up the Protocol and set new terms to ensure Northern Ireland’s place in the UK as a full part is secure.

Express.co.uk understands that the Attorney General Suella Braverman will declare that the new law will be legal.

The last time the Government tried to do this Northern Ireland Secretary Brandon Lewis admitted that it would break international law.

However, with changed circumstances, the Government can now argue that if it fails to act then it will not be doing its duty in relation to the Good Friday Agreement.

There is also frustration in Downing Street that the EU offered worse terms to Foreign Secretary Liz Truss on the Protocol when she tried to take a more conciliatory approach than they did to Lord Frost before he resigned when he refused to compromise.

In a recent speech, Lord Frost insisted that the Government now has to act on this issue because it is putting “an unbearable amount of weight” on democracy in Northern Ireland.

He told an audience at Policy Exchange: “It is time to put our own interests first – the integrity of the UK first – the British people first.  I hope that the Government will do so.”

He said: “Of course the EU can, if they wish, say ‘what we have, we hold’ – even though even now the Protocol is not being fully implemented.

“But it is not obvious why it is in their interests to be significantly responsible for the destruction of the Belfast Good Friday Agreement – unless, of course, they define their interests differently – as maintaining leverage over the UK, causing us political difficulties, and creating incentives to keep us closely aligned with the EU.

“That would certainly explain their behaviour – and is a reason why we cannot wait forever in the hope of improving the Protocol by consent.”