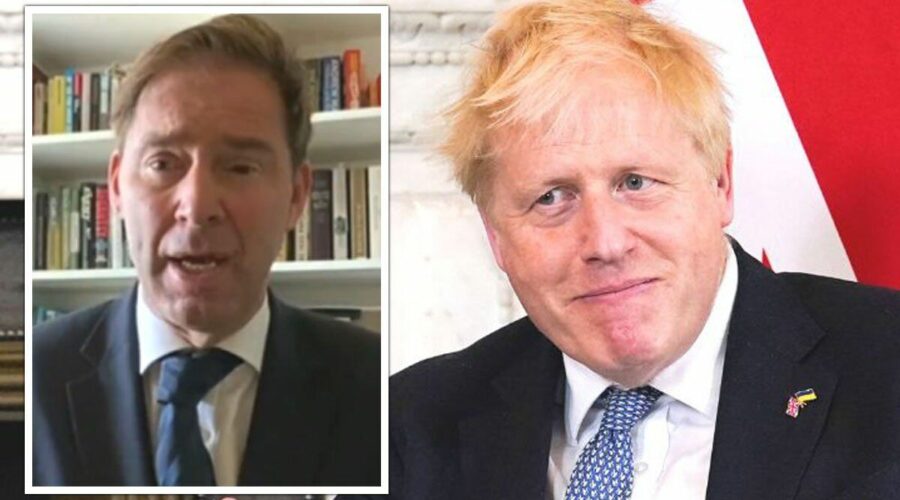 Tobias Ellwood, the Conservative MP for Bournemouth East, said he supported the “democratic outcome” of last night’s confidence vote but said he could back a revision of the votes’ rules meaning Boris Johnson would no longer get a year’s grace period. He said it was important to give the PM time “to act on his word and turn this around” but would not rule out further dissent.

Sky News host Kay Burley asked: “Would you support a call for the rules to be changed so that the backbenchers could have another confidence vote in the Prime Minister before the year is out?

“Some have made suggestions that Sir Graham Brady could look at this being within six months if that’s what the majority of the Conservative Party wanted to see happen.”

Mr Ellwood said: “I understand that that is what the 1922 Committee are actually looking at deliberately for this reason.

“But, as you’re implying, methods can be made and the system adjusted to mean that the current rule of allowing the Prime Minister an entire year would be changed.

“I would see us having to go down that direction and I would support it if there’s a requirement for it to be introduced.

“But for the moment, I support the democratic outcome of what happened last night and it’s up to the Prime Minister to act on his word and turn this around, turn our prospects in the polls around, and show that we have a chance of winning the general election.”

Mr Johnson laid out his agenda for the upcoming months ahead of a meeting with his Cabinet later today.

Despite 41 percent of his MPs stating their lack of confidence in him as a leader last night, he said: “This is a Government that delivers on what the people of this country care about most.

“We have pledged £37 billion to support households with their finances, made our communities safer through hiring 13,500 more police officers, and tackled the Covid backlogs in the NHS by opening nearly 100 Community Diagnostic Centres so people can access care closer to home.

“Today, I pledge to continue delivering on these priorities. We are on the side of hard-working British people, and we are going to get on with the job.”

Lord William Hague, former leader of the Conservative Party, wrote in The Times that he would have regarded a situation where more than a third of MPs voted against his leadership as “untenable”.

He said: “If, with all the power of the party leadership, all the years of acquaintance with MPs, all the knowledge they have of your abilities and plans, you still cannot crush a vote of no confidence by a commanding margin, then not only is the writing on the wall but it is chiselled in stone and will not wash away.”

Tory MP Andrew Bridgen, a prominent critic of the Prime Minister, said: “Lord Hague is right. The residual concerns from across the party will continue to remain.”

He said Mr Johnson “should now leave with honour and residual affection for what he has achieved”.