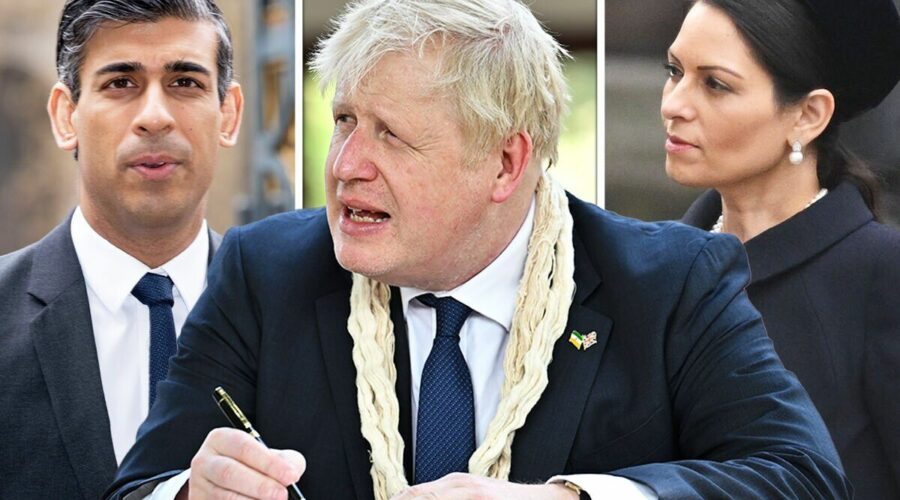 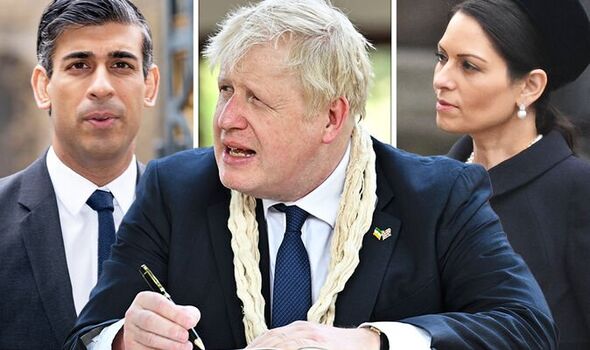 But the Prime Minister refused to guarantee the posts of any other ministers, saying voters are fed up with Westminster gossip. Mr Johnson gave the Chancellor his vote of confidence while speaking to journalists travelling on his trade visit to India. It follows months of speculation about a rift between the two most powerful figures in the Government, with reports the Treasury has been trying to rein in Number 10’s spending plans.

Asked if Mr Sunak will still be in his job for the Autumn Budget, the Prime Minister said: “The answer to that is yes.”

Pressed to guarantee the posts of other ministers, he said: “Hang on, you’ve just reminded me of rule number one which I totally forgot about.

Asked why he was prepared to guarantee Mr Sunak’s job but not those of other Cabinet colleagues, the Chancellor said: “Well there you go. Well, c’est la vie.

“Do you know, to repeat what I’ve just said, I am saying no more about personnel, the prosopographical approach is not right.

“This is about, it’s about what you’re doing for people, and that fundamentally why I think it’s right to get on this plane and why it’s right for the Government to get on with what it’s doing.”

Asked if Home Secretary Priti Patel’s announcement of a plan to fly some asylum seekers to Rwanda had saved her job, the Prime Minister said: “Oh for heaven’s sake. I’m sorry I broke my rule, you’re not going to get any more out of me about politicians or Westminster politics narrowly conceived. We’ve got to focus on the agenda for the country.”

A YouGov poll yesterday found voters are more than twice as likely to now to say that Mr Sunak is “incompetent” than they were a year ago.

Two in five (40%) of voters questioned in the poll said Sunak is incompetent, up 23% from when we asked the question last January (17%).

A quarter (25%) of 2019 Conservative voters say that Sunak is incompetent.

21/04/2022 Politics Comments Off on Boris Johnson issues reshuffle warning to Cabinet: ‘What are you doing for people?’
Markets