The Prime Minister was confronted on the issue by Labour leader Sir Keir Starmer during Prime Minister’s Questions on Wednesday. House of Commons leader Jacob Rees-Mogg denied MPs the right to vote by proxy in upcoming legislation as the Government ordered parliamentarians to return to work on Tuesday. The proposal announced by the Commons Leader saw parliamentarians forming queues several hundred metres long in order to obey social distancing rules – despite the Lords planning a move online.

But on Wednesday, Boris Johnson was forced to backtrack on the decision and announce changes to the proposal will be made to allow MPs still shielding under coronavirus measures to vote by proxy.

Labour leader Sir Keir Starmer said that Tuesday’s scenes of MPs queuing to vote in person in the Commons and others not being unable to do so were “shameful” and pushed the Prime Minister to end the “completely unnecessary and unacceptable” process and instead allow remote voting to resume.

He told the Commons: “If any other employer behaved like this, it’d be a clear and obvious case of indirect discrimination under the Equalities Act.”

Mr Johnson replied: “I do think he needs to consider what is really going on throughout the country where ordinary people are getting used to queuing for long periods of time to do their shopping or whatever it happens to be. 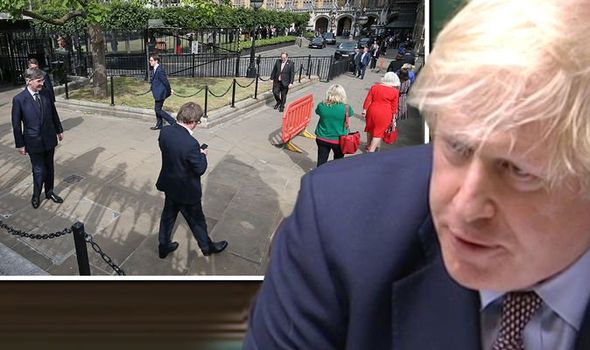 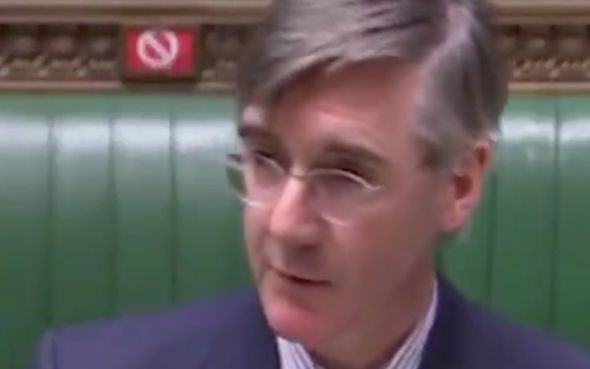 “I do not think it’s unreasonable that we should ask parliamentarians to come back to this place and do their job for the people of this country.

“I know it’s difficult and I apologise to colleagues for the inconvenience and I apologise to all those who have particular difficulties because they’re shielded or elderly, the change we’re making today will mean they should be able to vote by proxy.”

He added: “But I have to say, Mr Speaker, when the people of this country look at what we are doing, asking schools – he (Sir Keir) now says he supports schools to go back – our policy is test trace and isolate, his policy is agree, U-Turn and then criticise.

“And that is what this Government intends to do.”

Senior Conservatives including a former Cabinet minister tabled amendments to the Government plans to force parliamentarians into the Commons in order to vote when they returned from recess on Tuesday.

The Equality and Human Rights Commission (EHRC) wrote to all MPs to “raise our concern” ahead of a vote on the move, saying it “cannot be right” to exclude elected representatives.

The watchdog warned it would “place at significant disadvantage” MPs who are shielding or self-isolating due to age, disability, health or pregnancy, as well as those who will struggle to travel to Westminster.

The proposal was approved by 261 votes to 163, majority 98, while an amendment to allow remote voting to return was defeated by 185 votes to 242, majority 57, following a 46-minute division. 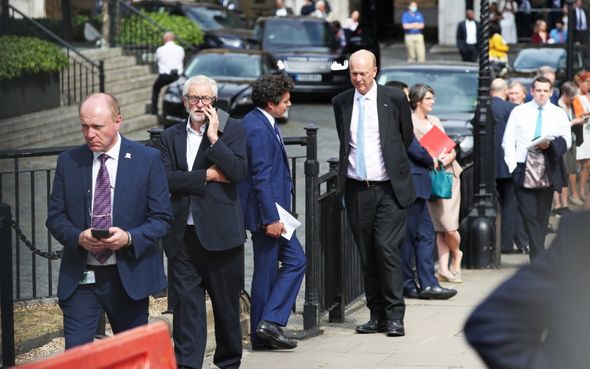 Robert Halfon is among the senior Tories who said the move would have turned individuals who, like him, are shielding and those who are ill or self-isolating into “parliamentary eunuchs”.

The chairman of the Education Select Committee accused Mr Rees-Mogg and his superiors of lacking empathy, and displaying a “tough luck, we don’t care” attitude.

“Clearly in this case, sadly, Jacob and the powers that be are being harsh and unbending. The MPs who genuinely cannot come in, our democratic rights are being snipped away and we’re being turned into parliamentary eunuchs,” Mr Halfon told the PA news agency.