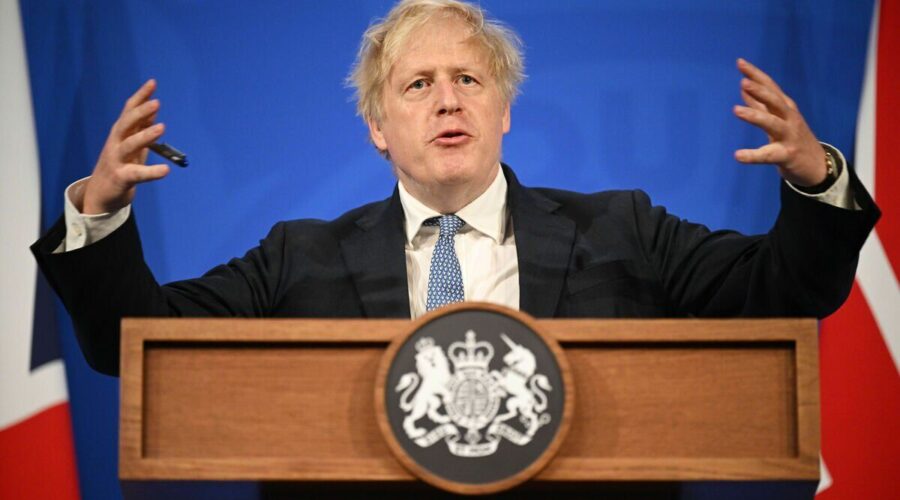 Partygate: Boris Johnson confident he has backing 'to survive'

In an interview shown yesterday, the Prime Minister said he still had a “massive agenda” to deliver and vowed to continue tackling the cost-of-living crisis and the impact of the war in Ukraine. He also described his lockdown-breaking birthday gathering in Downing Street as a “miserable event” and was “surprised and taken aback” to be fined for attending.

Earlier, Deputy Prime Mini-ster Dominic Raab backed Mr Johnson, insisting that a vote of confidence in his leadership next week was “very unlikely”.

Twenty-eight MPs have called publicly for the Prime Minister to resign, while others questioned his leadership.

Fifty-four letters are needed to trigger a vote.

Putting questions submitted by readers, Mumsnet founder Justine Roberts asked Mr Johnson why he refused to resign after being fined.

He said: “I was very, very surprised and taken aback to get a fixed penalty notice, but of course I paid it.

“Why am I still here? I’m still here, because we’ve got huge pressures economically, we’ve got the biggest war in Europe for eight years and we’ve got a massive agenda to deliver, which I was elected to deliver.

“I thought about all these questions a lot… and I just cannot see how actually it would be responsible now, given everything that is going on, simply to abandon the project on which I embarked.” Mr Johnson said of the Downing Street drinking sessions: “I can totally see how infuriating it is to think people like me were not fulfilling the letter of the rules.

“We got it wrong and we should have done better.”

He also denied eating any cake at the No 10 gathering in June 2020 to mark his 56th birthday that led to police fines for him and Chancellor Rishi Sunak.

And in answer to a jibe from Ms Roberts about whether he preferred cake to biscuits, the Prime Minister said: “If you’re talking satirically about that miserable event, whose picture appeared on the front pages, no cake was consumed by me, I can tell you that much.”

Ms Roberts also asked, on behalf of a reader: “Why should we believe anything you say when it has been proven you’re a habitual liar?”

Mr Johnson said: “I get on and deliver on what I say I’m going to deliver.” Tory backbench sources claim a confidence vote will be triggered soon after MPs return to Westminster next week.

But Mr Raab said: “The overwhelming majority of MPs that I talk to want to see us focus on the job at hand.

“So I think it is very unlikely we’ll see a leadership challenge.”

01/06/2022 Politics Comments Off on Boris Johnson: I won’t quit over Partygate…there’s a massive agenda to deliver
Markets