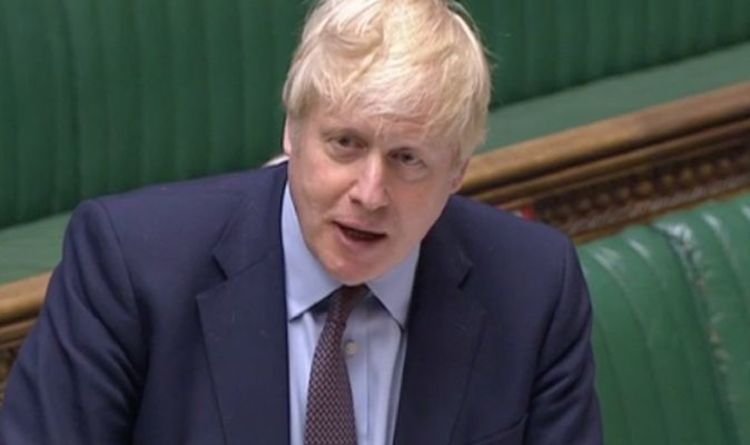 Tory MP George Freeman has shut down a BBC Newsnight probe over the UK Government’s plan on foreign aid. On Tuesday, Boris Johnson told Parliament that Britain would only return to spending to 0.7 percent on aid once the economy had recovered from the Covid pandemic. Mr Freeman defended the temporary reduction in Official Development Assistance (ODA) spending by pointing to the areas where the UK continues to aid the poorest around the world.

“So on peacekeeping 400 million a year not included in the ODA budget.

“On diplomacy, we are the third biggest network in the world.

“On tariffs by reducing the European Union’s 40 percent tariffs on food from Africa that is a £billion a year commitment to trade for the poorest nations.”

“On WHO we are increasing our spend by 30 percent,” he continued.

“On Gavi we funded over 1.3 billion vaccines exporting internationally.

“On Covax half a million, we are the biggest donor.

“This is all outside ODA, honestly if I felt we were becoming a little England party of retreat from global challenges, I wouldn’t be voting for this.”

Boris Johnson slammed by Theresa May for foreign aid cut

It comes after Boris Johnson renewed the Government’s commitment to raising international aid spending to 0.7 percent once the British economy recovers from the pandemic.

Addressing MPs in the House of Commons on Tuesday, the Prime Minister declared that the reduction in the foreign aid budget would not be permanent but any changes would depend on two “vital tests”.

Mr Johnson has been warned he faces a potentially humiliating defeat should he fail to backtrack on his proposed Foreign Aid cuts.

Mr Johnson told Parliament: “I can assure any honorable member who wishes to make the case for aid that they are, when it comes to me or anyone in the Government, preaching to the converted.

We will act on that conviction by returning to 0.7 percent as soon as two vital tests have been satisfied.

“First, that the UK is no longer borrowing for current or day to day expenditure.

“Second, that public debt, excluding the Bank of England, is falling as a share of GDP.”

Boris Johnson’s Conservative Government plans to “temporarily” cut the share of national income which is spent on international development comes after Chancellor Sunak sprung an urgent debate on MP over the issue.