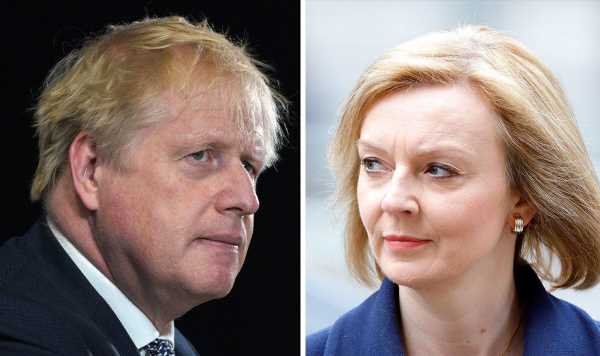 Dr Fabian Zuleeg: This is not about the Good Friday Agreement

As Foreign Secretary Liz Truss is expected to unveil new legislation that disapplies parts of the Northern Ireland Protocol next Monday, tension is mounting with the European Union. If Boris Johnson’s Government fails to abide by the current Northern Ireland Protocol – negotiated and signed by the EU and the UK in 2020 – and unilaterally overrides some parts of it, the EU has threatened a trade war that could spiral the cost-of-living crisis out of control. Liz Truss and Boris Johnson have both defended their decision by bringing up the ongoing Northern Ireland political crisis triggered by the DUP. The unionists have refused to share power with the nationalist Sinn Fein party on the grounds that the Irish Sea customs border, implemented under the protocol, exacerbates the cost-of-living crisis and further separates Northern Ireland from Great Britain.

However, the alternative – placing a customs border between the two Irelands – would flout the Good Friday Agreement. Liz Truss has described it as the Government’s “first priority to uphold.”

But to the Director of the European Policy Centre, Dr Fabian Zuleeg, Boris Johnson and Liz Truss’ number one priority is not the Good Friday Agreement – but rather their standing within the Conservative Party.

Speaking to Express.co.uk, he noticed the UK has been unwilling to implement any of the proposals set out by the EU to broker the protocol stalemate, prompting him to say: “But if you’re not willing to do that, it clearly shows this is not actually about the Good Friday Agreement.

When asked whether Boris Johnson and Liz Truss are playing a political game, he said: “Yes. And I think we have seen that for quite a long time. The politicisation of the debate clearly was there under Lord Frost. It has continued with Liz Truss, which is a shame.

According to Dr Zuleeg, both Boris Johnson and Liz Truss are not seriously participating in talks to resolve the Northern Ireland issue. Since the DUP leader Jeffrey Donaldson outright rejected the possibility of power-sharing with Sinn Fein, Northern Ireland has found itself in political limbo.

Without the DUP’s consent, Sinn Fein, now the largest party in the Stormont Assembly, cannot form a Government and implement its political agenda.

The EU and the UK now face an inextricable Northern Ireland conundrum. While a border in Ireland is inconceivable due to the Good Friday Agreement, a border in the Irish Sea is intolerable to the DUP which sees it as aggravating the cost-of-living crisis and distancing it from Great Britain.

To solve the issue, Liz Truss said her bill would include a system of green and red “lanes.” Goods travelling between Great Britain and Northern Ireland would go unchecked through the green lane whereas goods destined to the EU would go through checks through the red trade route.

Liz Truss hopes to pass the legislation before Westminster’s summer recess to put the issue to bed and remove “unnecessary bureaucracy.”

DON’T MISS:
Labour plots to REVERSE Brexit laws if in power – ‘This is wrong’ [REPORT]
Pipe down Remainers! Brexit is about the long haul not a quick fix [REPORT]
Boris blasted for leaving part of UK ‘behind in the EU’ [REPORT]

However, following the confidence vote in Boris Johnson, Liz Truss could face the Conservative rebels’ revolt in Parliament. And the EU is preparing to take legal action against the UK to block the passage of the law.

“At the moment, the UK government is choosing to continue to make this a political issue, which actually makes it much less likely to be resolved”, Dr Zuleeg said.

11/06/2022 Politics Comments Off on Boris Johnson and Liz Truss blasted over Brexit strategy – ‘Not about Belfast agreement!’
Markets