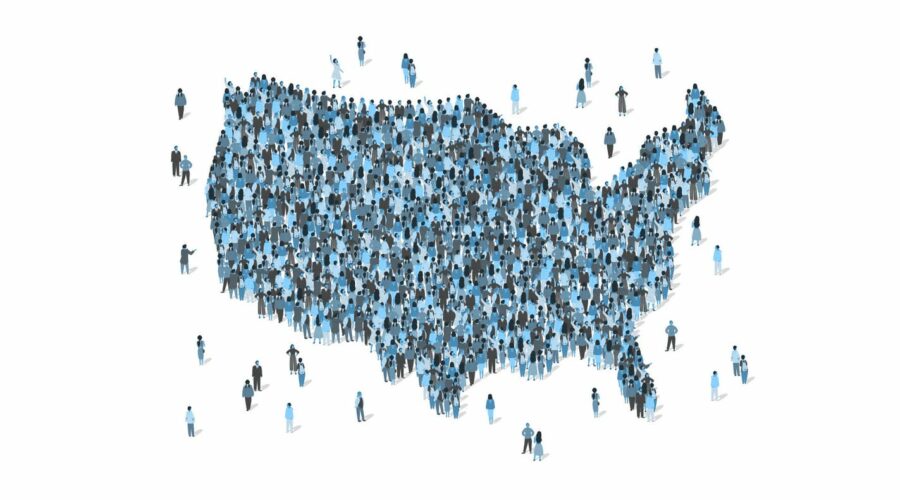 Black and Hispanic Americans are likelier to view race as central to their identities than white Americans, according to a report released Thursday by the non-partisan non-profit Pew Research Center.

Black Americans (55%) and Hispanics (54%) reported their origins were central to their identity at more than twice the rate of white Americans (23%).

“For Black Americans, in other surveys, we’ve found many grow up aware of their background as their parents are more likely to discuss how their background may impact their life opportunities,”  said Dr. Mark Lopez, director of race and ethnicity research at Pew.

The data come as America faces a racial reckoning long in the making, particularly in the past year, as videos of police violence in communities of color and protests have roiled cities across the country. The friction over race reaches nearly every part of American life, from the coronavirus pandemic to how children learn about race and history in schools.

The 2020 Census was the first to allow white and Black respondents to elaborate on their national origin and ethnic background. The previous Census had a write-in box only for people of Hispanic, Latino or Spanish origin; American Indian or Alaska native; or Asian.

“The Census Bureau stated that it was a matter in part of equity, to give Black respondents and white respondents the opportunity to provide more information about their origins on the Census, as well,” D’Vera Cohn, senior writer and editor for Pew, told USA TODAY.

For many Black Americans, the legacy of slavery has meant a separation from the story of their own roots. As a result, pinpointing exactly where many of their ancestors originated from has been an uphill struggle.

The survey findings are in line with other Pew research studies that suggest race plays a more important role in identity for Black, Hispanic and Asian adults than white adults.

At 61%, Hispanic immigrants  were likelier to report feeling connected to their origins /than to U.S.-born Hispanics (51%).

“The closer identification with their origins may be related to their higher foreign born share,”  Lopez said of Hispanic Americans. “About half of all Hispanic adults were born in another country, for example, and another quarter are the U.S.-born children of immigrant parents.”

For many Black Americans who are also parents, difficult conversations with their children around inequities in everything from policing to housing have long been the norm. But nationally, those subjects have gained greater prominence after the murder of George Floyd last year.

Ex-Minneapolis police officer Derek Chauvin was found guilty of murdering Floyd last month, in a trial that included disturbing video of Chauvin kneeling on Floyd’s neck for over nine minutes, even as Floyd lost consciousness.

But only about half of the survey’s respondents said they see their identities reflected “very well” in the questions added to the 2020 Census, leaving open the question of whether the government is accurately capturing how Americans perceive themselves and identify racially.

Based on the Pew survey, 49% of American adults see their identities reflected “very well” in those Census questions. Black Americans reported this response most often (52%) with white Americans close behind (51%), followed by Hispanic adults (44%).

Pew polled 3,535 American adults of all races in January 2020 in an online survey. The report features responses from white, Black and Hispanic Americans; too few respondents identified as Asian American, Native American or other race to garner statistically significant results.

Survey questions about race were identical to ones asked in the 2020 Census, which are formatted according to guidelines established by the Office of Management and Budget.

“There are some requirements that pertain to the racial makeup of districts. The people who redraw the lines are supposed to be sensitive to reserving racial communities,” Cohn explained. “And of course, there are some Voting Rights Act requirements. So, the lesson there used to be about drawing districts so that they don’t suppress the voting power of communities of color.”

Estimates of demographic data collected during the 2020 census are expected to be released in mid-June.