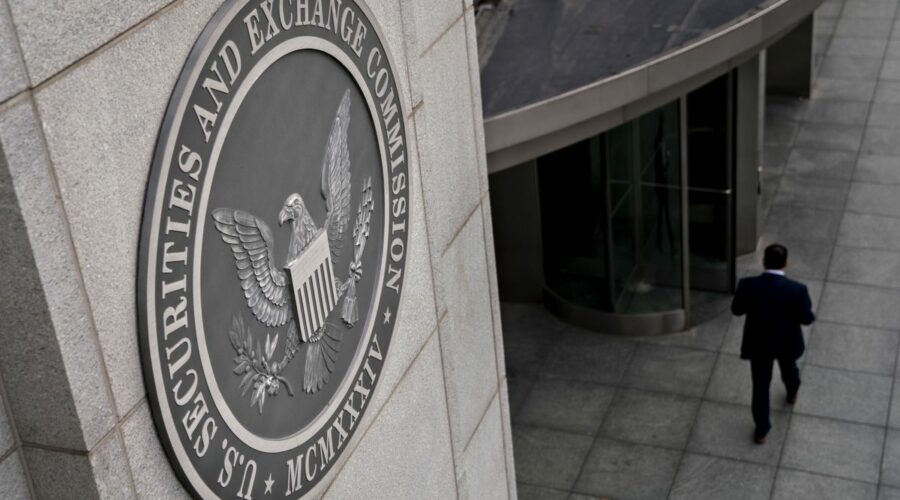 President-elect Joe Biden’s team of financial regulators is taking shape, with progressive favorites being chosen for the top jobs at the Securities and Exchange Commission and the Consumer Financial Protection Bureau — moves that mean Wall Street should prepare itself for a new era of tougher oversight and stricter rules.

Biden’s SEC pick, former Commodity Futures Trading Commission Chairman Gary Gensler, 63, is known for sparring with the industry as the nation’s top derivatives watchdog during the Obama administration and for his deep knowledge of finance as an ex-partner atGoldman Sachs Group Inc.

That means he not only knows how to mobilize a bureaucratic federal agency but also understands the often impenetrable ways that Wall Street makes money — and how firms use that complexity to turn regulation in their favor.

His top targets likely will include Chinese companies that list on U.S. stock exchanges while bypassing American regulations, the surge in trading by neophyte investors during the coronavirus pandemic, cryptocurrencies and pushing Corporate America to reveal more about workforce diversity and how climate change impacts bottom lines.

Biden’s pick for the consumer agency, Rohit Chopra, 38, will seek to revive an agency that progressives contend was put to sleep during the Trump administration.

Chopra also is an acolyte of Senator Elizabeth Warren, the Massachusetts Democrat who conceived of the CFPB and is a renowned Wall Street adversary. If Chopra succeeds in turning the agency around, life will almost certainly get less pleasant for student lenders, for-profit colleges, payday lenders, credit-card companies and financial firms that progressives say prey on consumers.

The pending nominations send a clear signal that the rule-cutting and lax enforcement that Wall Street has grown accustomed to during four years of President Donald Trump are over. Here’s an overview of what the pending appointments mean for the agencies and for the financial industry.

Robinhood Markets and special purpose acquisition companies — or SPACs — were among the finance industry’s hottest phenomenons in 2020. Both are sure to draw Gensler’s attention.

Robinhood, with its popular smartphone app, rode a wave of Covid 19-fueled day trading to add millions of customers. But critics say the company represents a disturbing trend of brokerages encouraging less-sophisticated investors to take risks that they don’t understand — and Gensler is likely to face pressure from progressives to erect new guardrails.

Robinhood has disputed claims that its platform promotes a “gamification” of trading as an inaccurate depiction of its business, saying its goal is to “democratize” wealth creation and investing by enabling a new class of consumers to trade shares and other assets.

Critics, including former SEC Chairman Arthur Levitt, say what’s needed is an aggressiveexamination by the regulator of whether apps use technological nudges to inappropriately stimulate excessive and even addictive trading. Robinhood has also faced repeated calls to improve its customer service, something the firm says it’s doing.

There’s also concern that the Robinhood-led boom in retail trading is inflating a stock bubble that could pop, triggering steep losses for investors — something that also worries progressives.

SPACs, which list on public exchanges to raise money to buy companies, have already been drawing scrutiny from the SEC. The attention is a direct result of how hot they are, with the vehicles used to raise a record $79.2 billion from U.S. investors in 2020.

Jay Clayton, who stepped down as SEC chairman last month, has said he’s concerned that potential investors aren’t receiving appropriate disclosures about conflicts and insiders’ lucrative pay structures. That prompted the agency to launch a review, which would now fall to Gensler.

After the 2008 financial crisis, Gensler solidified his status with progressives by insisting on a tough version of the Volcker Rule. The regulation, which banned proprietary trading by Wall Street banks, was eased during the Trump administration. Goldman and other firms will now be watching to see whether Gensler leads an effort among regulators to bolster its restrictions.

Another area in which Gensler is likely to square off with big names in finance is over the SEC’s approach to regulating private-equity firms. During the Trump era, the SEC sought to remove regulatory barriers that prevent private equity from raising money from retail investors. Progressives are hopeful that Gensler will move in the other direction, by bringing more transparency to buyout firms, which Warren and other lawmakers blame for loading companies with unsustainable debt burdens and cutting jobs.

A Crackdown on Chinese Stocks

One area that will demand Gensler’s attention is rising tensions between the U.S. and China — fighting that is now being waged in financial markets.

Congress passed legislation late last year that could lead toAlibaba Group Holding Ltd.,Baidu Inc. and other Chinese companies getting kicked off of U.S. stock exchanges if they continue their non-adherence to American auditing rules.

At issue are longstanding American requirements that all publicly traded companies in the U.S. allow their auditors to be inspected bythe Public Company Accounting Oversight Board. Gensler will be responsible for writing rules that make Chinese companies comply. Their penalty is possible ejection from U.S. markets.

The crackdown would follow a separate one already initiated by the Trump administration, which issued an executive order in November that requires American investors to sell their stakes in Chinese companies deemed a threat to U.S. national security.

Bitcoin is on a tear again, having surged roughly four-fold last year. That means it and other cryptocurriencies are likely to get renewed attention from Gensler’s SEC.

He’s quite familiar with the industry, having taught a class about it at theMassachusetts Institute of Technology, and has called for more regulation.

Some in the industry argue that more oversight wouldn’t necessarily be a bad thing because, right now, many institutional investors shy away from the space, as they see it as akin to the Wild West. As a result, stiffer rules might bring more capital flows to digital tokens.

Progressives have long contended that the SEC should have just as strong a role in responding to climate change as more obvious agencies such as theEnvironmental Protection Agency.

A change at the top of liberals’ wish list is for the SEC to require public companies to boost disclosures of how a warmer planet and less-reliance on fossil fuels could impact profits, a move that could hit oil companies particularly hard.

Gensler could show he’s serious about such concerns by prioritizing whats known as environmental, social and governance investing, or ESG. One way he may do that is by establishing a new SEC office that’s dedicated to ESG issues.

The diversity of C-Suites and public companies’ employees is also a top focus for progressives, who want the SEC to force businesses to disclose more information on race and gender.

One reason Chopra was picked for theCFPB, progressives say, is that he’s uniquely qualified to get a fast start in reversing some of Trump’s policies on day one.

Since he already holds a Senate-confirmed post as a Democratic member of theFederal Trade Commission, federal law allows him to join the CFPB immediately as its acting chief. In such an arrangement, he would be able to retain his position at the FTC and run the CFPB for about 300 days before the Senate signs off on his nomination.

While an official nod from the Senate is likely with Democrats poised to take control of the chamber, the several weeks or months it might require for confirming a CFPB chief is much longer than progressives are willing to wait.

The regulator’s shift under Trump has been impossible to miss. Since the outgoing president’s appointees took over in late 2017, it has imposed just a single fine against one of the U.S.’s six largest banks — a $500 million penalty against scandal-riddenWells Fargo & Co. for allegedly overcharging auto lending and mortgage customers.

Banks from Wall Street to Main Street are expecting the CFPB to review the controversial — and lucrative — practice of lenders penalizing depositors when they spend money that they don’t have in their accounts. Known as overdraft fees, such charges generate some $12 billion annually for U.S. banks.

— With assistance by Jesse Hamilton, Shahien Nasiripour, and David McLaughlin