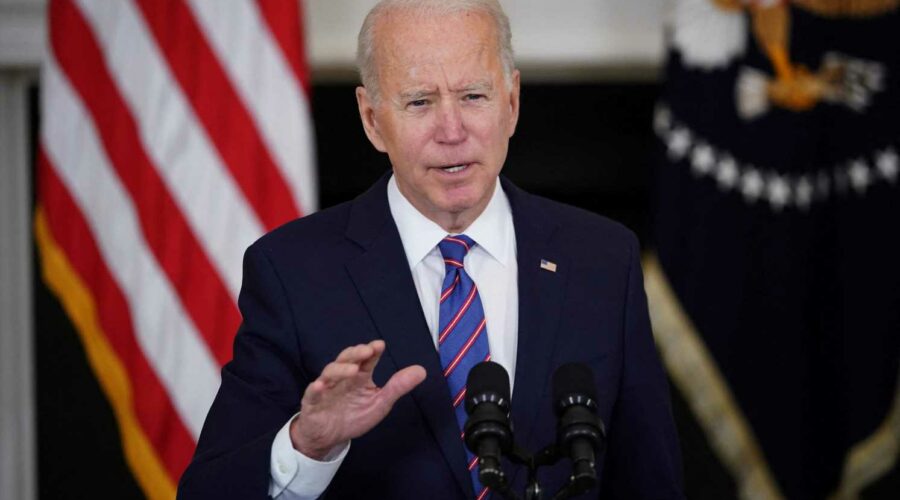 The plan also includes the largest increase in the Centers for Disease Control’s budget in 20 years as Biden looks to continue combatting the coronavirus pandemic.

The Biden administration submitted a discretionary spending request Friday to Congress for the coming year that includes $769 billion for non-defense federal departments, marking a significant 16% increase for domestic priorities from the final year of President Donald Trump.

Biden is requesting $753 billion for the Defense Department, a modest 1.7% increase, signaling a change in priorities from Trump, who embraced more significant increases in defense spending.

Much of the new spending proposed for the 2022 fiscal year would infuse federal dollars into education, environmental and other domestic programs that Trump unsuccessfully worked to cut.

The discretionary request – known as the “skinny budget” and prepared by the administration’s Office of Management and Budget – outlines the administration’s recommendations for the annual appropriations process in Congress and sheds light on the president’s upcoming agenda. A full more detailed budget is expected later this spring.

Areas that Biden is requesting major funding increases for include:

US President Joe Biden speaks about the March jobs report in the State Dining Room of the White House in Washington, DC, on April 2, 2021. (Photo: Mandel Ngan, AFP via Getty Images)

Biden has also proposed $6.5 billion to launch the Advanced Research Projects Agency for Health within the National Institutes of Health to ramp up research on cancer, diabetes, Alzheimer’s and other diseases.

The discretionary request includes $30.4 billion for federal housing vouchers, which the White House says would allow 200,000 additional families receive the assistance. Biden is requesting a $500 million for homeless assistance grants that would support an additional 100,000 households.

In a major change from Trump’s priorities, Biden is requesting $2.1 billion for efforts to combat gun violence, an increase of $232 million over the current year. It comes after Biden on Thursday signed six execution actions on gun restrictions.

It would mark a $33 million increase over the current year for the DOJ’s Civil Rights Division with funds going toward police reform, the prosecution of hate crimes, enforcement of voting rights, and “mediation and conciliation services for community conflicts arising from discriminatory practices,” the White House said.

Biden is proposing doubling spending for the DOJ’s Violence Against Women Act programs to $1 billion. This would include funds for new programs to expand restorative justice efforts, protect transgender survivors and support women at Historically Black Colleges and Universities.

Biden’s discretionary spending request is out later in the year than under past presidents. The White House blamed resistance from Trump officials during the transition as well as the stalled nomination of Biden’s pick to lead the OMB, Neera Tanden, for the delay. Shalanda Young, acting OMB director, is currently leading the department.

The U.S House of Representatives and Senate, each controlled Democrats, will ultimately decide federal spending for the next year.