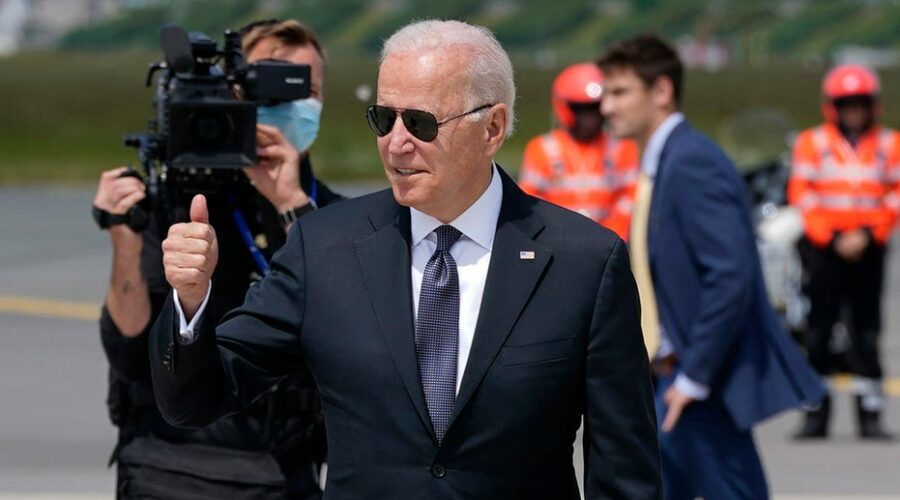 President Biden will meet with Afghan President Ashraf Ghani and his former political opponent, Abdullah Abdullah, at the White House Friday to discuss U.S. support for the Middle Eastern nation as it readies itself to battle the Taliban without the help of U.S. forces on the ground.

Abdullah leads the High Council for National Reconciliation, which is expected to lead intra-Afghan peace talks with the Taliban.

The Islamist group has made significant gains in the north, overrunning multiple districts and providing the insurgents with key transportation routes. Traditional Taliban strongholds have been in the south and east. But the U.S. is pressing forward with Biden’s order to remove most U.S. forces, who have been there for 20 years, by Sept. 11, and will likely have forces removed ahead of schedule over the coming weeks.

Still, Ghani said he respects the U.S.’ withdrawal. “The decision of President Biden has been a strategic decision,” the Afghan leader said in remarks following an earlier meeting with House Speaker Nancy Pelosi, D-Calif.

Hours before Ghani’s meeting with the president, the U.S. military launched two drone strikes against Taliban positions in northern Afghanistan, though it isn’t yet clear how many Taliban fighters were killed.

Three more districts fell to the Taliban overnight Friday. Meanwhile, Afghan forces took back six other districts elsewhere in the country in the past 24 hours, according to TOLO News in Kabul.

Some U.S. officials think Kabul, the nation’s capital, could fall to the Taliban in a matter of months after American forces withdraw.

Biden will also discuss humanitarian assistance with the Afghan leaders, as their nation battles a deadly wave of COVID-19. The administration on Thursday agreed to send three million doses of the Johnson & Johnson vaccine to the nation of nearly 40 million people. Less than 1% of Afghans have been vaccinated.

Fox News’ Lucas Tomlinson and the Associated Press contributed to this report.