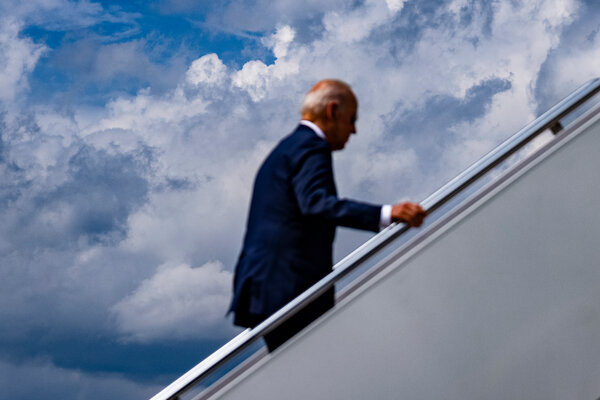 President Biden will meet at the White House on Monday with a group of federal and local leaders to promote his administration’s strategy to combat an alarming rise in gun violence, kicking off a week in which he will focus on trying to shore up several domestic priorities that are confronting daunting challenges in Congress.

Unveiled late last month, Mr. Biden’s plan largely encourages jurisdictions across the country to do what they can to bring down crime as hopes for federal legislation grow dim. It includes urging local agencies to draw on $350 billion in funds from his $1.9 trillion coronavirus relief package to support law enforcement. Mr. Biden has also directed the Bureau of Alcohol, Tobacco, Firearms and Explosives to more quickly revoke the licenses of gun dealers who fail to run background checks.

But as the White House seeks to combat a surge in violence — homicides rose 30 percent and gun assaults 8 percent in large American cities last year — the issue is politically freighted for Mr. Biden.

12/07/2021 Politics Comments Off on Biden looks to promote his plan to reduce gun violence, as he focuses on embattled pieces of his agenda.
Markets