EXCLUSIVE: President Biden acted on his campaign promise to "end fossil fuel" – and the result has been skyrocketing gas prices, an influential Republican committee claims in a memo obtained by FOX Business.

"President Biden has waged an unprecedented, government-wide assault on our nation’s ability to produce cheap, reliable energy," the memo from the Republican Study Committee (RSC) states, before listing Biden’s specific anti-fossil fuel actions next to the weekly average price of gas.

Republicans have blamed Biden for record-breaking gas prices for months, despite White House denials that the administration is responsible. The RSC aims to show the specific actions Biden’s administration has taken to undercut domestic fossil fuel production. 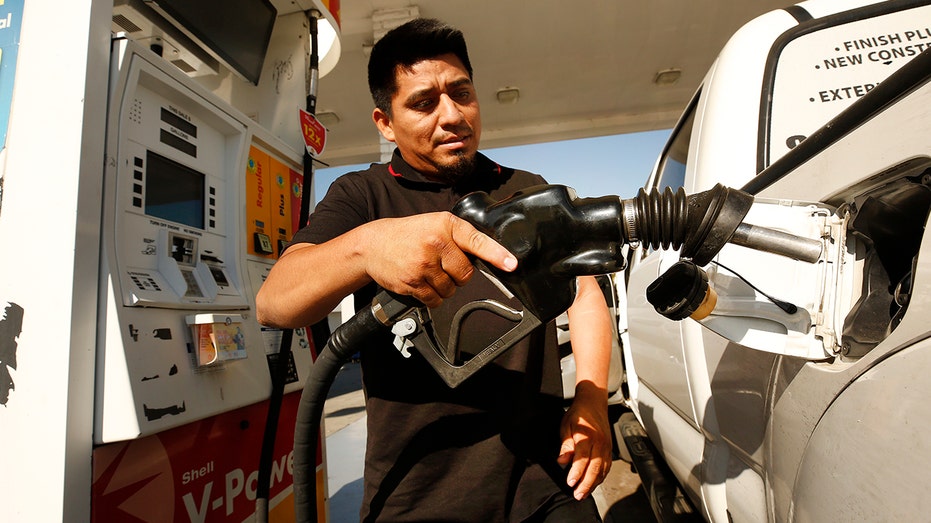 During a campaign stop in New Hampshire on Sept. 6, 2019, Biden sought to reassure a climate activist of his commitment to ending fossil fuels. After stating unequivocally that he would not ban fracking, Biden told the activist: "But, kiddo, I want you to just take a look, OK? You don’t have to agree, but I want you to look in my eyes. I guarantee you, I guarantee you we are going to end fossil fuel and I am not going to cooperate with them, OK?"

To Rep. Jim Banks, R-Ind., chairman of the RSC, Biden’s statement is a promise that he has kept during his first 15 months in office.

"If you make U.S. energy production more expensive and difficult, then the price of gas goes up. It’s not complicated, and it’s why Americans are paying over $4 at the pump," Banks told FOX Business. 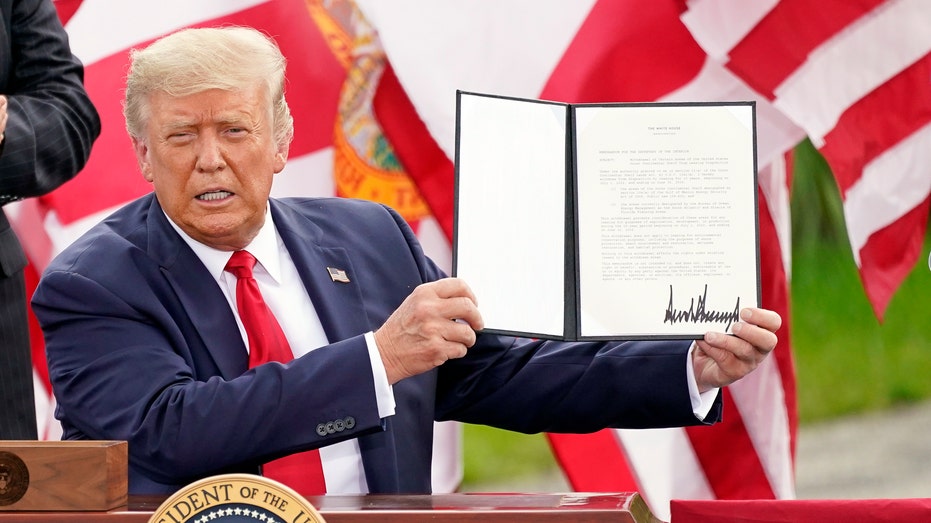 The list of Biden’s actions that contributed to high gas prices includes blocking the Keystone XL Pipeline, curtailing oil and gas leases while expanding wind turbines on public lands, and rejoining the Paris Climate Agreement, all within his first month in office.

"Our list shows exactly what the Biden administration did to raise prices for American families. It isn’t about finger-pointing — it’s about better policy. Because even now, the White House is doubling down on the same policies that pushed gas prices to record highs," Banks said.

The White House has pushed back against the claim that climate policies are responsible for record-high gas prices, laying the blame on the COVID-19 pandemic, which squeezed the economy and stressed supply chains, and, more recently, on Russian President Vladimir Putin’s invasion of Ukraine.

Some actions on the RSC’s list don’t directly hamper oil and gas production, like Biden’s push to "green" government vehicles, establish timelines for half of all U.S. vehicles sold to be emission-free and the creation of the Clean Energy Corps.

The memo also notes that the Biden administration effectively halted consideration of new oil and gas leases Feb. 20, days before Russia's invasion of Ukraine began, as a result of a legal dispute over the administration's attempt to consider the "social costs" oil and gas projects may have on the climate.

"I hope Biden realizes that you can’t win a blame-game when it’s clearly your fault, and that the best thing he can do for his presidency and for the country is to end his war on American energy," Banks said.