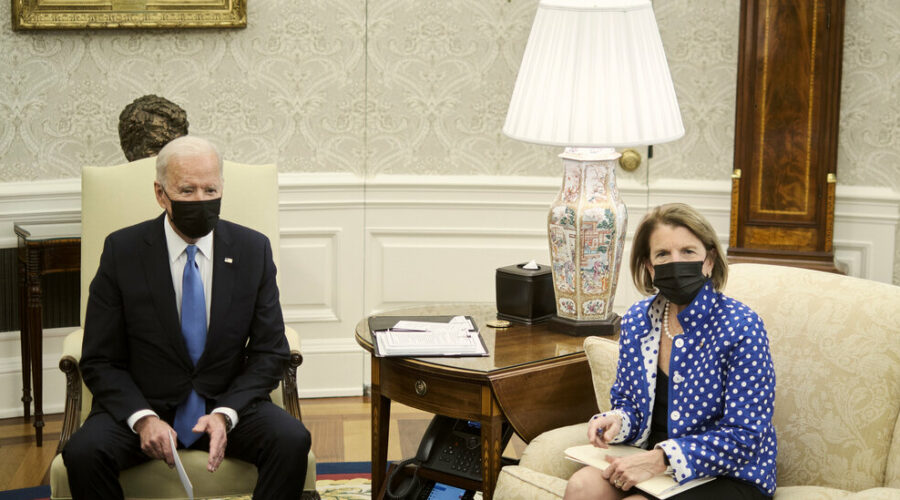 President Biden is scheduled on Friday to have another discussion with Senator Shelley Moore Capito, Republican of West Virginia, about his push for $1 trillion in spending on roads, bridges, broadband and more as he tries to seize on a positive monthly jobs report.

Ms. Capito is the lead negotiator for a group of Republican senators seeking a compromise with the president on the infrastructure spending package.

The two sides have narrowed what started as an almost $2 trillion gap, with Mr. Biden dropping some of his demands in the hopes of securing bipartisan agreement on at least part of his economic agenda. Republicans have indicated a willingness to slightly increase total spending.

Mr. Biden was tight-lipped after a speech in Delaware on Friday morning, saying only, “I’ll let you know this afternoon,” in response to a question about whether he expected Ms. Capito to deliver a Republican counteroffer.

Compromise has been elusive so far, with Mr. Biden rejecting Republican counterproposals that included far less spending and no tax increases on corporations and the wealthy. On Wednesday, in a meeting in the Oval Office with Ms. Capito, Mr. Biden again pushed for more spending, but he also suggested establishing a 15 percent minimum tax on corporations as opposed to increasing top-end rates.

The question of how to pay for trillions of dollars in new spending — and whether that spending is necessary to create millions of new jobs in the years to come — is certain to be on the agenda during Mr. Biden’s conversation with Ms. Capito on Friday.

04/06/2021 Politics Comments Off on Biden is set to have another discussion with Capito on infrastructure negotiations.
Markets