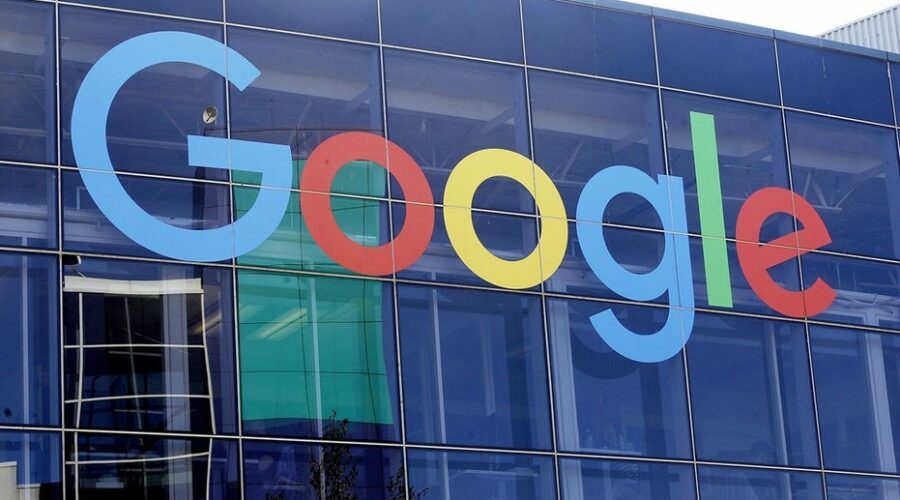 Joe Toscano, a former consultant for Google, questions the scope of Big Tech’s reach and notes that Americans don’t know who is responsible for making these decisions to block specific advertisements.

Climate activists continued their protest outside the White House on Wednesday, with one activist group suggesting that President Biden is “complicit in mass death.”

Activists put up a 60-foot sign to make it look like a flood was swallowing up the White House.

“Activists have deployed a 60-foot FLOOD in front of the @whitehouse to show that the #climatecrisis is NOW,” the Washington, D.C., activist group Arm in Arm 4 Climate DC tweeted. The organization claimed that 30 people have died in Tennessee this summer and 40 people died in the New York area, ostensibly of climate-related causes.

“#climatechange is HERE and to do nothing is to be complicit in mass death @potus,” the organization added.

Biden has taken up the cause of climate activists, issuing extensive executive orders from his first day in office.

Even so, activists have flocked to the White House this week, in part to protest the expansion of the Line 3 pipeline from Canada into the U.S. Midwest. A new segment of the line opened on October 1. While Biden blocked the Keystone XL pipeline, he did not block Line 3.

Climate protesters vandalized a statue of former President Andrew Jackson and swarmed the White House on Monday, which they commemorated as Indigenous People’s Day.

The Build Back Fossil Free coalition began the five-day protest on Monday, aiming to pressure the administration to take more action on climate change by declaring a national emergency and ending fossil fuel projects.

Siqiñiq Maupin, director of coalition core member the Sovereign Inupiat for a Living Arctic, told Fox News that the protesters want Biden to follow through on his campaign promises. 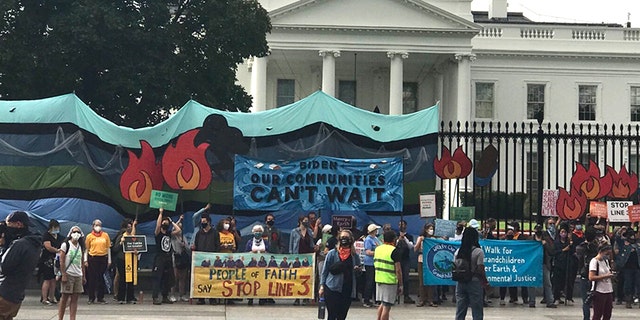 “People are dying right now from the pollutants, the toxins, the climate catastrophes that are happening — and we have to stop the harm,” Maupin wrote. “Biden’s election was riding on climate change; his entire election hinged on turning out people of color and Indigenous people.”

“You have declared a code red climate emergency, stating that ‘the nation and the world are in peril.’  We agree,” the letter to Biden says. “It is past time to act in accordance with your declaration.”

Neither the Build Back Fossil Free coalition nor Arm in Arm 4 Climate immediately responded to Fox News’ request for comment.