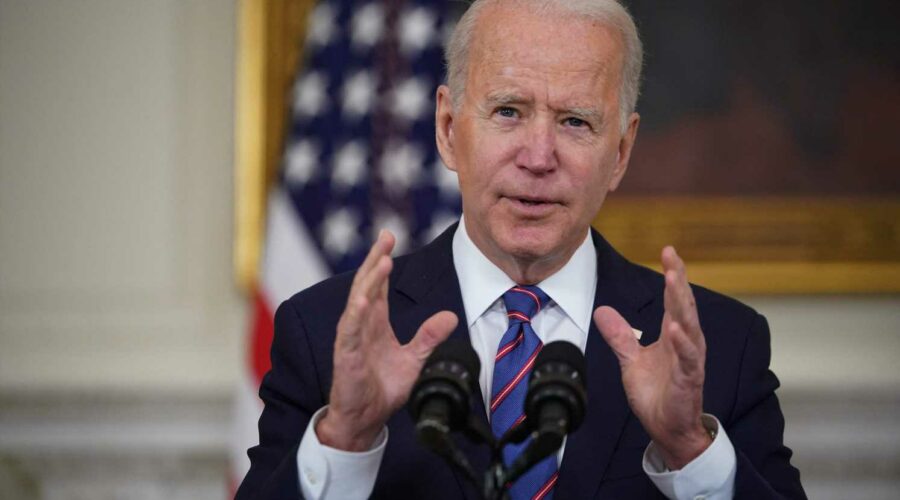 President Joe Biden’s American Jobs Plan, a signature part of his agenda to build an economy that empowers workers and families in the United States, promises once-in-a-generation investments in the long neglected guardrails of our economy. One part of the package has raised particular ire from corporate lobbyists and laissez-faire conservatives: Raising the corporate tax rate to 28%. But the White House should maintain its resolve.

Unless Biden leverages this moment to rein in corporate profits and power, he won’t be able to secure the historic gains for workers and families that his voters expect him to deliver. If he holds the line, Biden may usher in a new era of reconstruction for those long left behind.

Today, Americans overwhelmingly support raising corporate tax rates to finance the president’s vision for the reconstruction of our country’s infrastructure. The landscape of corporate market power is dramatically different today than it was even five years ago, too. With an assist from Trump’s anti-regulatory agenda, large corporations have gargantuan market power — and the last year has laid bare the negative consequences of this over-concentrated power, including inefficient and inequitable windfall profits.

Last year, while more Americans died than any year in history and we faced one of the largest job shortfalls since the Great Depression, corporations raked in massive profits. At least 55 of the largest corporations paid nothing in federal taxes on more than $40 billion in profits. In a year that devastated American workers and families, multinational corporations hoarded in offshore tax havens countless tax dollars that could have been invested in wages, schools, roads, and job creation. We can rectify this injustice.

Earlier this month, Treasury Secretary Janet Yellen called for a minimum global corporate tax rate. If successfully implemented, the move would put an end to the offshore tax havens through which multinationals hoard their wealth, and cause U.S.-based corporations to deepen their investments in U.S. markets. And while the notion of a global minimum corporate tax rate faced stiff opposition from Congress during the Obama administration, the political climate is markedly different this time around — in part because the harms of corporate tax evasion are clearer than ever.

Of course, there are the naysayers swimming against the current of our country’s economic recovery. Some Republicans have simultaneously decried deficit spending and raising revenue through corporate tax rate hikes as cost prohibitive for the U.S. economy. But the numbers don’t lie: Low corporate tax rates don’t help American workers and families.

When Trump slashed the corporate tax rate from 35% to a paltry 21% in 2017, workers saw near-zero gains; foreign investors benefited far more. But as expected, those tax cuts added to corporate profits that those corporations extract from everyday Americans. Worse still, those profits overwhelmingly benefit the highest-income 10% of households and white families.

Corporate America and voting laws: Corporations don’t like voter suppression, so McConnell wants them out of politics. Seriously?

A raise in the corporate tax rate from 21% to 28% still puts the rate lower than what it was from just after the Pearl Harbor attack until the radical 2017 Trump tax law. Even at  28%, corporations will still enjoy historically low tax rates and fall short of contributing their fair share. But they will pay more than they do now, which will rebalance and help power a people-first American economy.

If he increases the domestic corporate tax rate and sets a global minimum corporate tax, Biden can deliver the beginning of a new era for America; one in which the wealthy finance large-scale public investment that ensures America the physical, social and human infrastructure that meets its needs. This historic redistribution of long hoarded corporate wealth will achieve the gains necessary for American families to thrive, including a permanent child allowance and job creation in addition to stronger national infrastructure.

The president’s many plans — the American Rescue Plan, the American Jobs Plan, and the forthcoming American Families Plan — all function as powerful rebuttals to the  Reagan-era austerity politics that have choked our economy and held back communities of color for generations. With support from even the most unlikely stakeholders, like Amazon CEO Jeff Bezos, the president must bat down barriers to his historic agenda and force corporations to pay into the economy they so readily exploit.

If Biden holds firm on raising the corporate tax rate to 28%, he will create millions of new jobs, reignite U.S. manufacturing and chart a path to prosperity for workers and families long left behind. He will be remembered as a president who invested in our children, workers and infrastructure, and ultimately helped build an economy that works for everyone — across every class and race.

Indivar Dutta-Gupta is co-executive director of the Georgetown Center on Poverty and Inequality and an adjunct law professor at Georgetown Law. Follow him on Twitter: @IndivarD