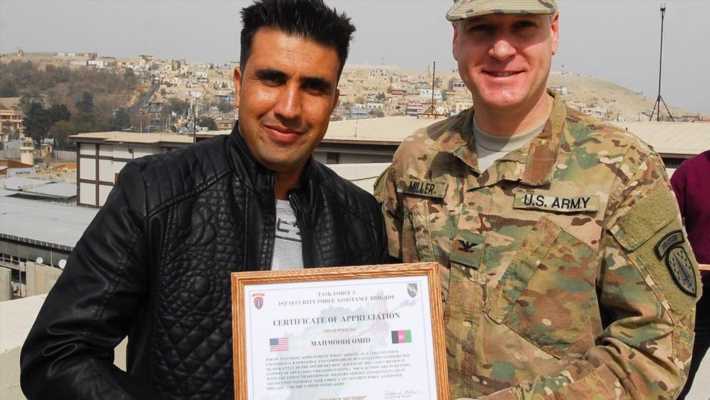 WASHINGTON – The Biden administration has agreed to relocate thousands of Afghans who worked with the U.S. military as interpreters and translators while their visa applications are being vetted, according to a senior administration official.

The decision comes amid growing pressure from lawmakers in both parties, who fear those Afghans who served alongside American troops will be killed by the Taliban as the U.S. completes its military withdrawal.

The official, who was not authorized to discuss the matter publicly, declined to say exactly how many Afghans would be relocated or where they would go while their visas are being processed. The U.S. could fly them to a third country or a U.S. territory.

Thousands of Afghans are desperately seeking to leave their homeland as the Biden administration withdraws the last American troops in the coming months. These Afghans fear that once U.S. forces are gone, the Taliban will sweep back into power and target them as traitors.

“You will see the dead bodies in every street,” Omid Mahmoodi, who worked as an interpreter and cultural adviser with the U.S. military for three years, told USA TODAY in a phone interview last month. “They will slaughter us.”

Mahmoodi said the Taliban considers them infidels and spies.

“If the U.S. forces leave Afghanistan … I cannot guarantee for one minute what’s going to happen with me, with my family,” he said.

Because of such dangers, Congress created a special visa program in 2006 for Afghans and Iraqis who worked alongside American troops in those two conflicts.

But the program is backlogged and limited. It takes an average of nearly three years for Afghans’ applications to be processed, in part because of the rigorous vetting involved, according to the State Department. There were about 18,000 Afghans waiting for approval as of last month.

The State Department has increased staffing for the visa program, but lawmakers have been ramping up pressure on the White House to evacuate Afghans who risked their lives to work with American forces.

“How many future Afghan families, how many great American contributions will we not have if President Biden does not act and act now,” Rep. Michael Waltz, R-Fla., a former Green Beret who served multiple tours in Afghanistan, said at a press conference on Wednesday with Democratic Rep. Jason Crow of Colorado.

“If he does not act and does not get these people out, blood with be on his hands and his administration’s hands,” Waltz said.

The official said that initially, the U.S. will only move those Afghans whose visas are already in the pipeline.

“We are planning for all contingencies, so that we are prepared for all scenarios,” the official said.  “Should it become necessary, we will consider additional relocation or evacuation options.”

Omid Mahmoodi says Afghans who worked with the US military are seen as "infidels" and he fears they will be killed when American troops leave. (Photo: Courtesy of Omid Mahmoodi)