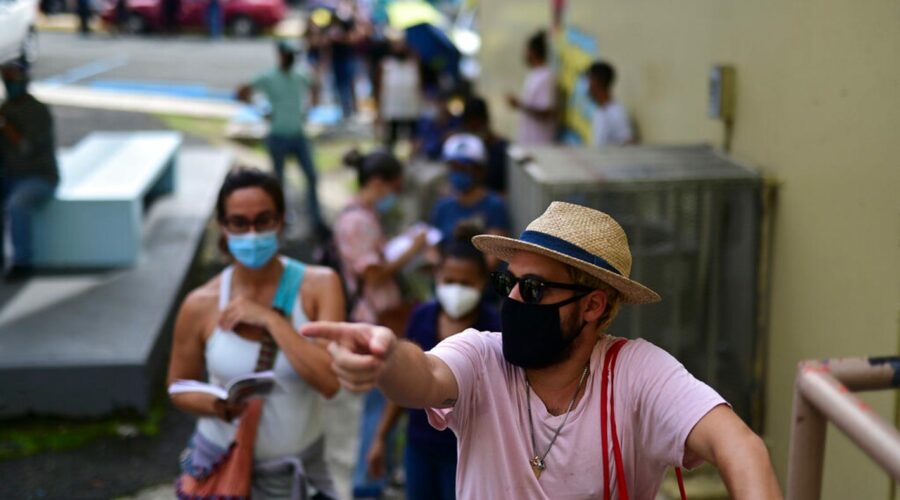 WASHINGTON – President Joe Biden said Monday his administration will continue to argue at the Supreme Court that Puerto Ricans are not entitled to Social Security disability payments even though the position “is inconsistent with my administration’s policies and values.”

In an unusual statement issued by the White House, Biden said his administration would continue to pursue the case because the Justice Department “has a longstanding practice of defending the constitutionality of federal statutes, regardless of policy preferences.”

When Congress created the Supplemental Security Income program in 1972, it made it available to residents in the 50 states and the District of Columbia but not in Puerto Rico and other U.S. territories – even though Puerto Ricans are U.S. citizens.

Biden, who campaigned on expanding benefits to the island, was pressured to drop the case, which had been appealed under President Donald Trump’s administration.

The government estimates extending the program to U.S. territories would cost between $1.8 billion and $2.4 billion per year.

The case began with José Luis Vaello Madero, who qualified for the program while living in New York but who moved to Puerto Rico in 2013. Three years later, the Social Security Administration discovered he had relocated out of the United States, discontinued his SSI checks and sued him for $28,081 to recover the payments made in the intervening years.

Madero won in district court and the Boston-based U.S. Court of Appeals for the 1st Circuit held that denying otherwise eligible people benefits from the program only because of their status as Puerto Ricans violated the Fifth Amendment’s Equal Protection Clause.

The government appealed to the Supreme Court in September.

People wearing masks amid the COVID-19 pandemic wait in line to vote in the general election at a polling center set up at the Rafael Labra School in San Juan, Puerto Rico, Tuesday, Nov. 3, 2020. (Photo: Carlos Giusti, AP)

More than 8 million individuals receive SSI payments, and the average monthly benefit is around $575, according to court records. Low-income residents who are older than 65 and who are disabled can qualify for the program.

“As I have stated, I believe that Puerto Rico residents should be able to receive SSI benefits, just like their fellow Americans in all 50 states and Washington D.C.” Biden said in the statement. “As I’ve said before, there can be no second-class citizens in the United States of America.”