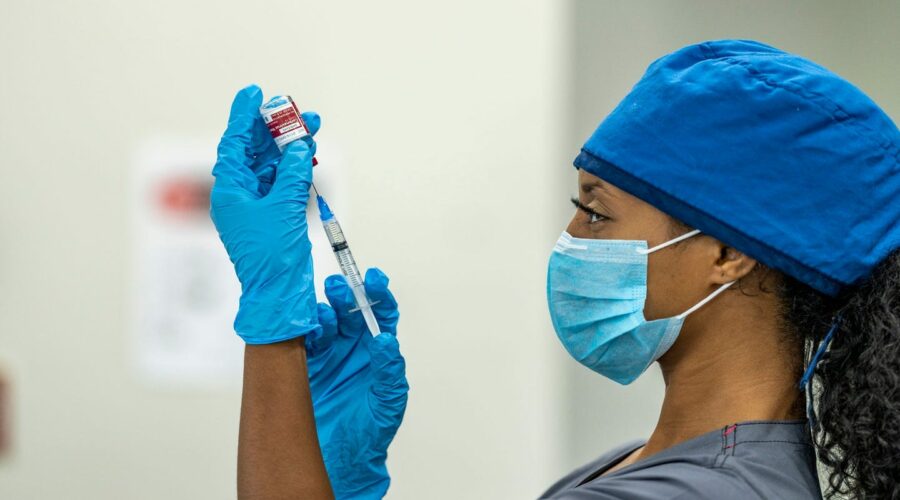 WASHINGTON – President Joe Biden acknowledged it would be a challenge when he set a goal of getting 70% of Americans partially vaccinated for COVID-19 by the Fourth of July.

The White House conceded Tuesday it will fall short of that goal, although it said some age groups will hit the target. At least 70% of Americans ages 30 and older already have received at least one shot, the White House said, and based on current estimates, the administration is on track to hit the 70% target for those age 27 and older by the Fourth of July weekend.

Getting one shot into the arms of 70% of all American adults will take a few more weeks, said Jeff Zients, the White House coronavirus response coordinator.

“We set 70% of adults as our aspirational target,” Zients said, “and we have met or exceeded it for most of the adult population.”

Where the country has more work to do, he said, is among 18- to 26-year-olds. “The reality is many younger Americans have felt like COVID-19 is not something that impacts them, and they’ve been less eager to get the shot,” Zients said.

Some population groups are more difficult to reach, particularly those between the ages of 18 to 26, said White House press secretary Jen Psaki.

“Hence, we are redoubling our efforts to ensure … we are making the vaccine more accessible for these age groups,” Psaki said Tuesday.

65% of American adults have at least one COVID shot

Roughly 65% of all American adults have received at least one COVID shot, and 56% are fully vaccinated, according to data from the Centers for Disease Control and Prevention.

The administration said it has administered 300 million shots and that 150 million Americans are fully vaccinated. “This is a remarkable achievement,” Zients said, noting that before Biden took office, just 5% of adults had received one shot.

More than 87% of Americans 65 and older – the most at-risk group – have gotten at least one shot, Zients said. Nearly 80% of people in that demographic are fully vaccinated.

‘We don’t see it exactly as something went wrong’

Asked what had gone wrong in failing to reach the 70% goal, Psaki said, “We don’t see it exactly as something went wrong.

“The way we see it is that we set a bold and ambitious goal,” she said. “And we’re expected to meet that goal just a couple of weeks after July 4th.”

Nationwide, the rate of new vaccinations has dropped off precipitously over the past month even as shots have become more available.

Almost one in five Americans said they won’t get the COVID-19 vaccine in a CBS News/YouGov poll released last week. Many respondents cited concerns that the vaccine had not been tested enough, while others suggested they are immune because they’ve already had COVID.

Earlier this month, Biden announced a multipronged effort aimed at reaching the 70% marker, including plans to recruit 1,000 Black-owned barbershops and salons to provide “Shots at the Shop” and promote vaccinations nationwide.

Other elements of the campaign included free childcare for parents who want to get vaccinated, keeping pharmacies open for 24 hours on Fridays and partnering with mayors to see which city can grow its vaccination rate the fastest.

States also have been offering incentives, such as lotteries, to encourage people to get vaccinated. West Virginia, for example, offered to give away free firearms as a reward for residents who have received a COVID vaccine.