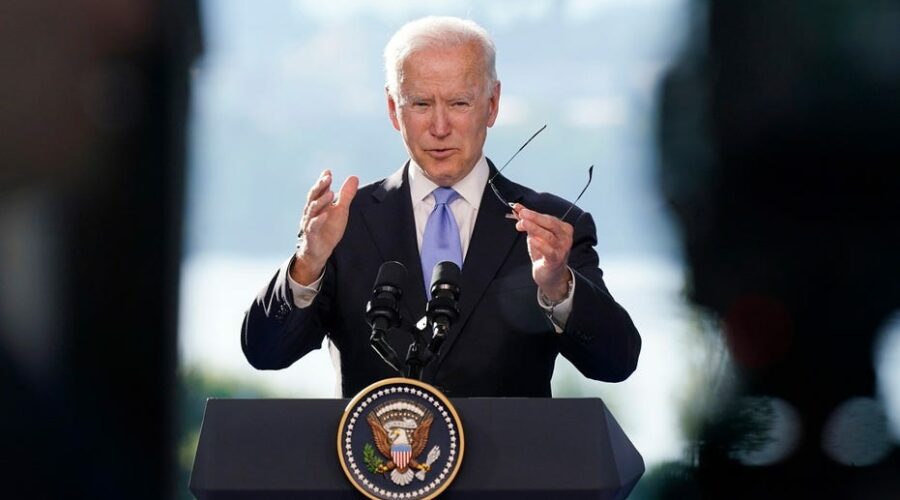 ‘Outnumbered’ panel sounds off on liberal policies and movements like defund police that have led to rising crime rates.

The Biden administration on Wednesday announced “zero tolerance” for gun dealers who willfully violate the law, as part of the administration’s strategy to combat what the Department of Justice calls a “staggering” surge in violent crime.

The rollout will be highlighted by closely watched remarks by Biden and Attorney General Merrick Garland Wednesday afternoon.

The “zero tolerance” policy targets federally licensed firearms dealers who “willfully” transfer a weapon to someone prohibited from owning one or ignore a tracing request from the Bureau of Alcohol, Tobacco, Firearms and Explosives (ATF). The ATF would seek to revoke the dealer’s license after the first offense, a senior White House official said.

The Department of Justice announced Tuesday that it is launching “strike forces” to target gun traffickers and to provide more transparency around the enforcement of federally licensed firearms dealer policies.

Biden also plans to discuss how $350 billion of the $1.9 trillion COVID-19 relief package can be used by cities to hire law enforcement officers, pay overtime, prosecute gun traffickers and invest in technology to make law enforcement more efficient. The officials said the Biden administration hoped cities would choose to use the money for alternatives to policing, too, and to invest in community policing models.

The administration has also taken aim at “ghost guns” and modified firearms, which are homemade firearms without serial numbers that can be used to trace them, making it difficult for law enforcement to determine where, by whom, or when they were manufactured and to whom they were sold.

The Justice Department’s ATF last month sought to update the legal definition of “firearm” in an effort to crack down on ghost guns. 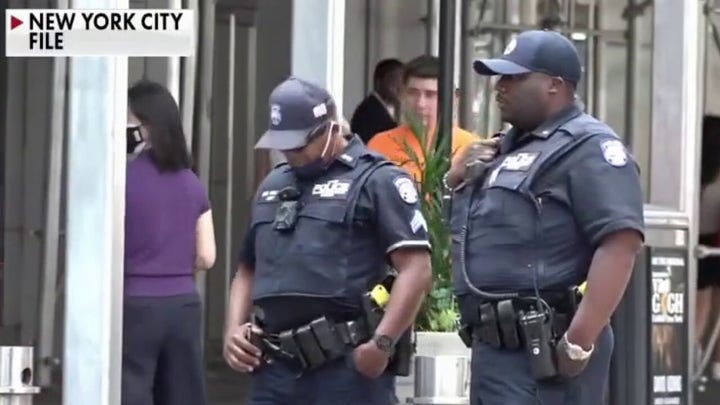 In his Wednesday speech, Biden is expected to push cities to use $122 billion to help keep schoolchildren busy this summer – they’re often both targets and perpetrators of violence – and to expand summer hiring programs for teenagers, the officials said. Labor Department funding will be used to provide pre-apprenticeship jobs for youths and help formerly incarcerated adults and young people in 28 communities get work.

Before the remarks, Biden will meet with law enforcement officials, politicians, activists and prosecutors from around the country who have committed to using a portion of the funding for violence intervention programs.

The administration also said they would support local law enforcement with federal tools and resources to help address summer violent crime, and invest in evidence-based community violence interventions. Administration officials said those investments would expand summer programming, employment opportunities, and other services and supports for teenagers and young adults, as well as help formerly incarcerated individuals successfully reenter their communities.

“Yes, there need to be reforms of police systems across the country. The president is a firm believer in that,” White House press secretary Jen Psaki said Tuesday. “But there are also steps he can take as president of the United States to help address and hopefully reduce that crime. A big part of that, in his view, is putting in place gun safety measures … using the bully pulpit but also using levers at his disposal as president.”

The Biden administration also said they would be convening state legislators and attorneys general regarding policy strategies to hold gun dealers and manufacturers accountable for their contributions to the flow of crime guns.

A senior administration official said the Office of Personnel Management will evaluate the existence of any barriers faced by formerly incarcerated individuals in accessing federal employment, and will consider whether the government should take further action, including creating a new “Schedule A” excepted service hiring authority for formerly incarcerated individuals.

That hiring would allow federal agencies to hire qualified individuals for job openings through the “non-competitive, excepted service hiring process.” Those positions are one-year temporary appointments, the official said, which can be extended for an additional year.

OPM is also expected to publish proposed regulations to implement the Fair Chance to Compete for Jobs Act of 2019’s “ban the box” policy. The Fair Chance Act prohibits federal employers and federal contractors in all three branches of government from inquiring into arrest and conviction history until they have made a conditional job offer.

The strike force teams will coordinate with ATF and share information with local and state law enforcement agencies about where firearms originate and where they are used to commit crimes in an effort to bring down gun-dealing rings.

“Working with our local partners to tackle violent crime is one of the Justice Department’s most important responsibilities,” Garland said in a statement. “Today, the department is taking another concrete step to address violent crime and illegal firearms trafficking.”

While crime is rising – homicides and shootings are up from the same period last year in Chicago, Los Angeles, Minneapolis, Houston, Baltimore, Portland, Oregon, and Baton Rouge, Louisiana – violent crime overall remains lower than it was a decade ago or even five years ago.

The rise in violence comes against the backdrop of the national debate on policing and racism in policing – and as a police reform bill is being crafted in Congress. Psaki on Tuesday dismissed suggestions that a presidential event focused on cracking down on crime would undermine that legislative effort.