Amazon founder Jeff Bezos was blasted on social media Saturday after the top executive championed his latest pet project but failed to mention the catastrophe that hit one of his warehouses.

At least two people were killed in an Amazon warehouse collapse after a tornado ripped through Edwardsville, Illinois, police confirmed Saturday. 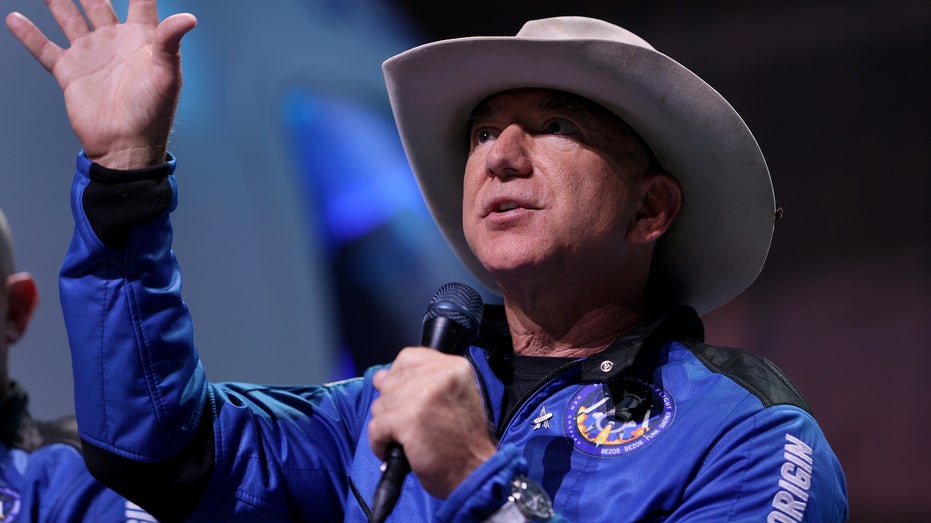 Dozens of others have been killed in a series of severe storms that struck five states, including Arkansas, Illinois, Tennessee, Kentucky, and Missouri.

But Bezos failed to mention his two lost employees when he took to social media to applaud the successful landing of another of his space tourist missions.

"Happy crew this morning in the training center," Bezos said in an Instagram post ahead of the flight that would carry "Good Morning America" host Michael Strahan, daughter of Apollo 14 astronaut Alan Shepard and four others who paid for the 10-minute flight to space.

While most of the commentors on his social media platform praised the mission, some pointed to Bezos’ carelessness.

"You should worry about the tornado situation more," one woman commented.

Another person asked, "Will any of your Amazon workers take flight?" 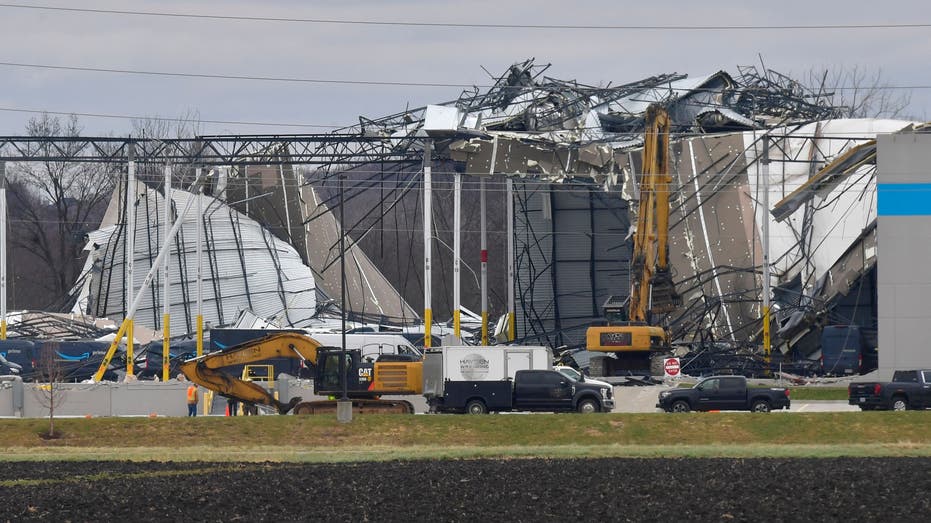 Workers remove debris from an Amazon Fulfillment Center in Edwardsville, Illinois, on December 11, 2021, after it was hit by a tornado.  (Photo by TIM VIZER/AFP via Getty Images / Getty Images)

"Really struggling with my rage since Jeff Bezos blasted his major carbon polluting rocket this morning after Amazon workers died in a rare December tornado last night," one commenter said.

Another woman said, "SHAME ON JEFF BEZOS!!! He was in West TEXAS today! His employees lives were lost! He could have taken a 1 1/2 hour flight to St Louis which is only a 30-minute drive from the airport to visit his poorly constructed climate change Amazon warehouse that was destroyed by a tornado!"

Search and rescue officials are still at the scene of the collapsed building trying to account for those who have not been recovered.

At least 30 people have been pulled from the building after it collapsed at roughly 8:30 p.m. Friday night.

"We’re deeply saddened by the news that members of our Amazon family passed away as a result of the storm in Edwardsville, IL," an Amazon spokesperson told Fox News. 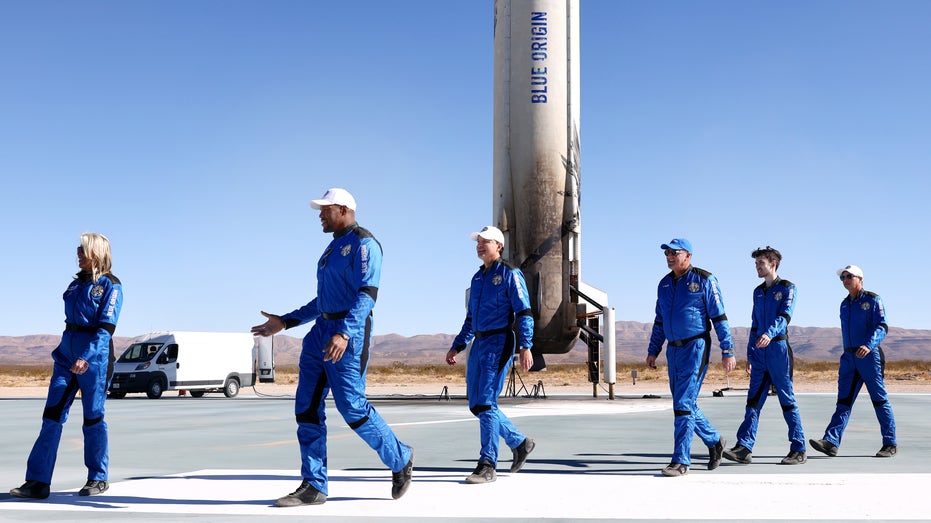 "Our thoughts and prayers are with the victims, their loved ones, and everyone impacted by the storm. We also want to thank all the first responders for their ongoing efforts on scene. We’re continuing to provide support to our employees and partners in the area," they added.