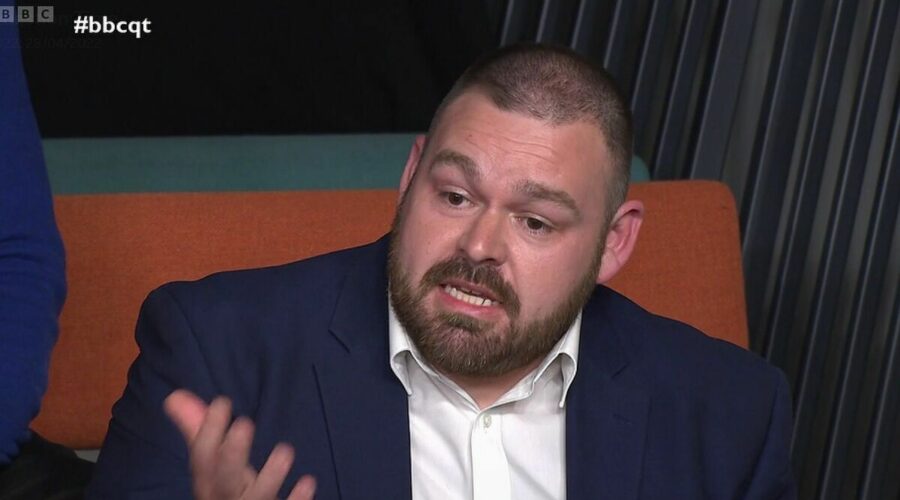 He said to the panel in Romford: “I’m not sure you can blame Boris for someone watching something inappropriate but people do. “Personally I don’t think it’s the right thing to do, it’s the wrong thing to do but it’s not illegal.”

At this point after cries of indignation from the audience host Fiona Bruce intervened that watching pornography could be illegal in the House of Commons.

She said: “It may be illegal, there are laws about public decency. It may be.”

The man continued discussing claims that more MPs may have watched pornography in the House of Commons.

He added: “The 56 concerns me more. What is the story behind them, are they even more serious?

“It also strikes me is this something to do with the fact this is a workplace where drinking is part of the culture.

“Maybe it’s time that workplace [Westminster] shouldn’t have that as its culture.”

This comes as Westminster has been dogged by allegations of a misogynistic working environment.

In the now infamous article the Mail on Sunday’s political editor Glenn Owen reported claims from several Conservative MPs that Angela Rayner “mischievously” tried to impede Boris Johnson at PMQs by crossing and uncrossing her legs.

The article argued that the claims drew a parallel to an infamous scene in the 1992 film Basic Instinct during which Sharon Stone’s character is seen crossing and uncrossing her legs.

One unnamed Tory MP was quoted in the article as saying: “She knows she can’t compete with Boris’s Oxford Union debating training, but she has other skills which he lacks.

“She has admitted as much when enjoying drinks with us on the [Commons] terrace.”

In response Ms Rayner decried the piece as “gutter journalism” and claimed it typified the sexism faced by women in politics.

She said: “Women in politics face sexism and misogyny every day – and I’m no different.

““Boris Johnson’s cheerleaders have resorted to spreading desperate, perverted smears in their doomed attempts to save his skin.

“They know exactly what they are doing. The lies they are telling.”

29/04/2022 Politics Comments Off on BBC QT audience clash over PM’s role in misogyny row – ‘Not sure you can blame Boris!’
Markets