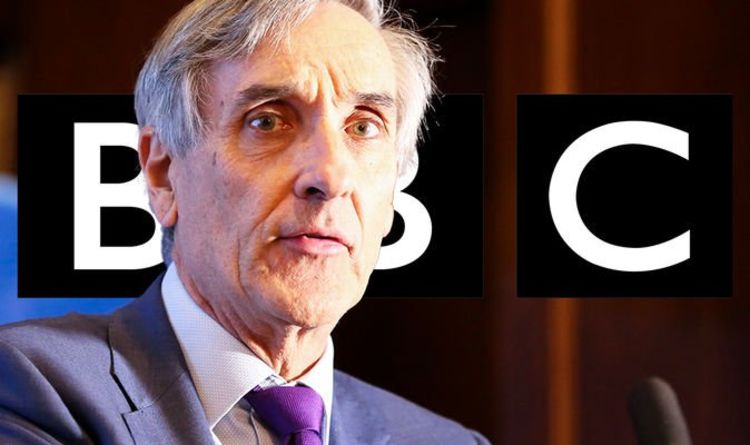 Brexiteer MP Sir John Redwood accused the corporation of inviting him for a live discussion on the BBC Radio 4 Today programme, only to pull out before airing due to concerns about what he might say. A pre-recored clip featured later on the show, lasting for less than one minute.

Sir John, seemingly unsurprised by the quietening of his voice, said the BBC was “up to its usual tricks”.

He wrote on Twitter: “The BBC invited me on for a live on Today at 7.10am. I agreed.

“After hearing what I might say they cancelled and are talking about a pre-record later!

In his pre-recorded message, Sir John said the Tory party’s North Shropshire by-election loss to the Liberal Democrats sent a “clear message to the Government that the voters want it to do better”.

He suggested that the vote signalled a concern about the “direction of the Government” regarding the under-use of post-Brexit freedoms, tax rises, general living costs and lockdowns.

All of this was said within the space of under 55 seconds, with Sir John insisting that he would have had more to say in a longer, live-on-air slot.

Such a slot was granted to other Tory MPs, including Co-Chairman of the party Oliver Dowden who accepted that the by-election amounted to the Tories receiving a “kicking”, but added that the context of the seat’s former MP being involved in a sleaze scandal was “unique” and that it doesn’t reveal a major “sea change” in British politics.

Many responded to Sir John’s attack, noting their support for the BBC to be defunded.

John Taylor wrote: “It is time to scrap the biased BBC.”

Spencer Houghton added: “Stick to GB News and talkRADIO instead.”

Others, including a fellow Tory MP, accused Sir John of over playing the dispute.

Julian Smith MP wrote on Twitter: “Just heard you on BBC Radio 4 – wasn’t the BBC just deciding how to run its own show?

“‘Usual tricks’ is an unnecessary slur and just corrodes trust in another UK institution on the basis of no fact.”

He added: “You got on their show. What is the actual issue?”

Chris Robertson, a reporter at Sky News, added: “This literally happens every day on every live channel with a wealth of interview subjects, John.

“Sometimes there just isn’t room for some voices and that’s how it goes.”

17/12/2021 Politics Comments Off on BBC censorship row erupts: MP blasts Beeb for cancelling interview over ‘what I might say’
Markets