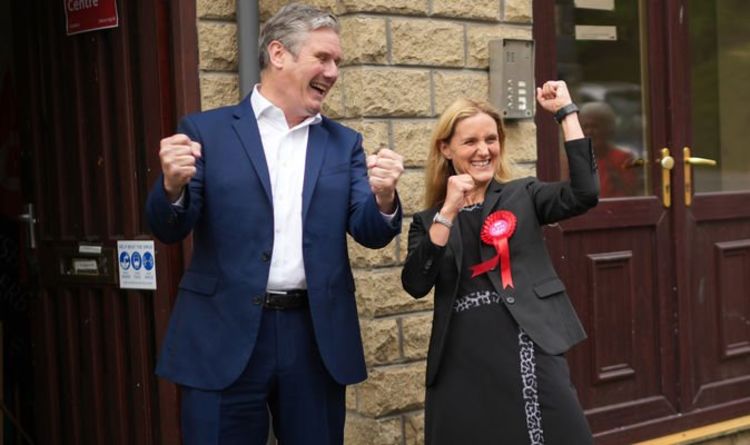 The surprise by-election win is likely to stave off a crisis for Sir Keir, who may have faced a leadership challenge from his deputy Angela Rayner. Losing another Red Wall seat after defeat in once-solid Hartlepool in May would have been a disaster but a relieved Sir Keir said: “Labour is back. “This is just the start. I want many more days like this. Labour is coming home.” Labour’s Kim Leadbeater, with 13,296 votes, beat her Tory rival Ryan Stephenson (12,973) to become the MP for the West Yorkshire seat, five years after her MP sister Jo Cox was murdered there by a neo-Nazi.

Left-wing firebrand George Galloway was third on 8,264 votes, after a bitterly fought campaign.

Ms Leadbeater said: “I’m absolutely delighted that the people of Batley and Spen have rejected division and they’ve voted for hope. It has been a very emotional campaign. If I can be half the MP Jo was, I know I will do her proud. Fingers crossed I’ll do a fantastic job, just as she did.”

Sir Keir said: “We won this election against the odds, and we did so by showing that when we are true to our values – decency, honesty, committed to improving lives – then Labour can win.”

A party source suggested the win should deter his critics: “Everyone’s been calling this a referendum on Keir’s leadership. Well, we’ve won.”

Lord Mandelson, a key figure in the Blair regimes, called for “silence” from hard-Left figures “conspiring” against Sir Keir. 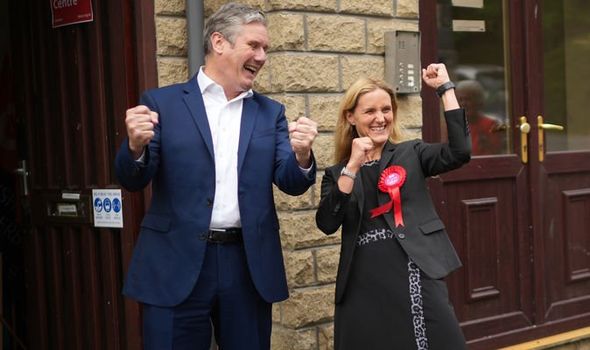 The Tories had been favourites but they fell short – and senior party figures blamed Matt Hancock. Amanda Milling, Tory co-chairman, said the ex-Health Secretary’s affair with aide Gina Coladangelo “came up” on doorsteps after his resignation.

She called the result “really disappointing” but said it was “always going to be a really tough battle for us. This wasn’t a great result for Labour.”

Tory pollster Lord Hayward said Mr Hancock was likely to be one reason why the party lost support, plus Boris Johnson’s failure to sack him.

The Tories’ setback comes weeks after the party’s shock by-election loss of Chesham and Amersham to the Lib Dems.

Mr Johnson praised the Tory effort in Batley: “We fought an incredibly positive campaign and did very well to reduce a longstanding Labour majority, several decades old, to 323.”

Brendan Cox, Jo’s widower, said the family was “proud” after a “horrible campaign”.

He thanked Mr Stephenson for fighting “on the issues and not pandering to divisions”.

03/07/2021 Politics Comments Off on Batley and Spen by-election: Labour cling on to seat by just 323 votes
Markets