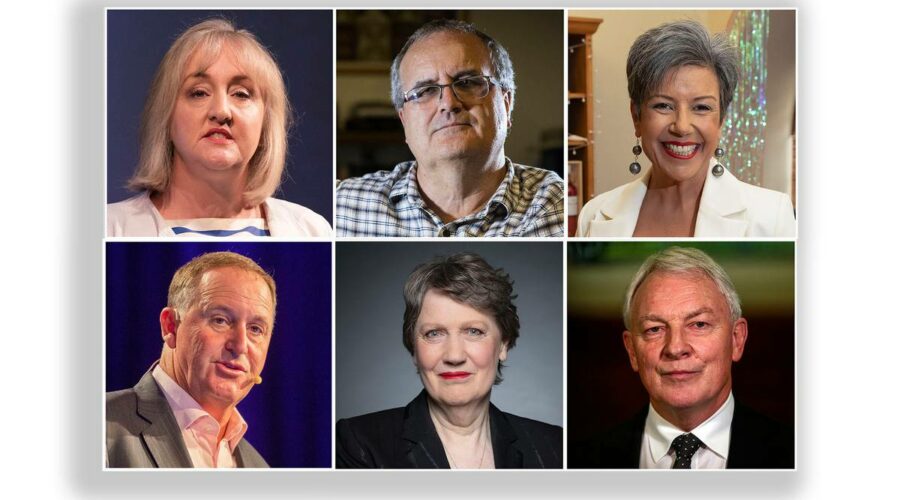 There was once a time when nothing was quite so “ex” as an ex-MP but now they are everywhere.

Sometimes they are doing their party a favour and sometimes, whether deliberate or not, they annoy or undermine the party.

Sir John Key’s interventions on Covid-19 on Sunday were a bit of both. While taking attention away from Judith Collins, who had a good interview on The Nation on Saturday, at the very least it was a distraction from the relentless focus on when Collins will be rolled as leader.

Because he is still identified strongly with National, an active role by him in national debates in which he reflects his party’s policy may limit further erosion of the National brand.

Sometimes the Ex-MPs are not so helpful. Former National minister Amy Adams retired as last year’s election but last week was appointed by the Labour Government to the board of Health New Zealand, the entity that will run the restructured health system.

It has a massive job, bringing together 20 district health boards, running a workforce of about 80,000 and having an annual operating budget of $20 billion to spend.

But National opposes the restructuring. Health spokesman Shane Reti issued a statement last week criticising the “ill-timed and ideologically-driven health system restructure” but having a senior former colleague effectively endorse the new model makes it awkward for him.

The Adams job is not quite in the same league as former National prime minister Jim Bolger accepting jobs from Helen Clark’s government to chair the new Kiwibank, or from Jacinda Ardern’s Government to lead the “Fair Pay” working group.

Both policies were bitterly opposed by National and to have had such a senior figure standing associated with them was not forgotten or forgiven.

That is no comparison with the likes of Sir Michael Cullen agreeing to an invitation by National to review the intelligence services or to chair NZ Post. Neither went against the grain for Labour.

Chris Finlayson also often used former MPs from both National and Labour to undertake Treaty Negotiations on behalf of the government, if they possessed the right qualities, including Bolger.

Another former MP and Labour minister, Vui Mark Gosche, was appointed to the same board as Amy Adams. But his was no surprise; he already chairs the Counties Manukau District Health Board and Housing New Zealand. Considering he holds such high-profile roles, he has kept a low profile since leaving politics in 2005.

Former deputy prime minister Paula Bennett did more to annoy colleagues when she was in politics than since leaving last year and joining Bayleys.

In fact she performed a national service during lockdown in her new career as a television gameshow host, entertaining the country with the Give Us a Clue charade show in which politicians of almost every persuasion agreed to take part.

Another ex-deputy prime minister and ex-MP is New Zealand First leader Winston Peters, although his daily participation in the political discourse suggests he wants that to be a temporary state.

Former finance minister Steven Joyce and former Act leader Richard Prebble maintain a strong media presence through their regular columns in the New Zealand Herald. But rarely, if ever, have they directly or indirectly criticised their old parties.

Former prime minister and former finance minister Sir Bill English has assiduously maintained a low profile since leaving politics in 2018, as has former foreign minister Murray McCully, and that makes them unusual these days.

Former Labour leader Phil Goff is occasionally at odds with the Labour Government in his capacity as Auckland Mayor – and it is usually over transport issues – but it serves to boost his local credibility and is never bitter. He is still odds-on favourite to become the next ambassador to Washington.

Helen Clark didn’t quite get the pitch right in the early days of the Ardern Government and her commentary was seen by insiders as criticism.

She has since found a voice and vehicle, the Helen Clark Foundation, to suit a former prime minister with unmatched insights into global issues.

She appears frequently in the media, promoting issues through the Helen Clark Foundation, or responding to issues important to her such as vaccines for the developing world, New Zealand relations with China, and the crisis in Afghanistan brought about by the withdrawal of the United States.

Next month she is due to interview former Australian prime minister Kevin Rudd about China.

Ex-ministers are often shoulder-tapped for public sector jobs, that require competence and political nous, such as Steve Maharey who currently chairs Pharmac, or Dame Annette King who is High Commissioner to Australia.

In the same league, former National ministers Anne Tolley accepted a job as the chair of the commission for the dysfunctional Tauranga City Council, though it doesn’t carry the same political baggage as Adams’ health appointment.

MMP, the prevalence of 24-hour digital media, and social media have contributed to changes in post-parliamentary profiles.

With a larger Parliament, a reasonably high turnover of MPs, there is a proliferation of ex-MPs to meet the demand for big public sector jobs and/or offer expert opinion to a bourgeoning media.

Ex-prime ministers in particular are in higher demand and carry more weight. They may be ex-Parliament, but they are never really ex-politics.

27/09/2021 Politics Comments Off on Audrey Young: Why there is an ever-passing parade of ex-politicians
Markets