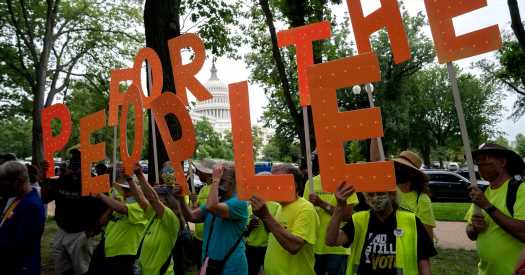 Democratic leaders vow to make voting legislation the “first matter of legislative business” in September. But their path remains cluttered with obstacles. 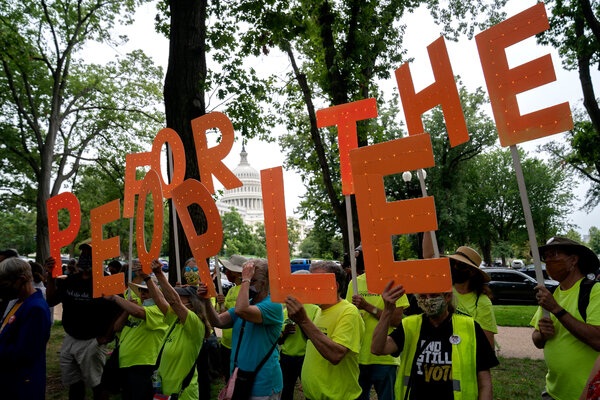 WASHINGTON — With deadlines looming ahead of next year’s midterm elections, the Senate adjourned on Wednesday for a monthlong recess with only the slimmest of paths left for passing federal voting rights legislation that Democrats hope can stop a wave of Republican state laws clamping down on ballot access.

Before dawn on Wednesday, Senate Republicans blocked last-minute attempts to debate a trio of elections bills, but Democratic leaders vowed that more votes would be the “first matter of legislative business” when they return in mid-September. First up is likely to be a scaled-back version of the party’s far-reaching Senate Bill 1, the For the People Act, or S. 1, that Democrats believe will unite all 50 senators who caucus with them.

“Let there be no mistake about what is going on here,” Senator Chuck Schumer, Democrat of New York and the majority leader, said just after 4 a.m. “We have reached a point in this chamber where Republicans appear to oppose any measure — no matter how common sense — to protect voting rights and strengthen our democracy.”

But such outrage did little to clarify how the party plans to get around a wall of Republican opposition in the Senate that has blocked progress since June. Nor did it quiet some of the outspoken and well-financed activists demanding that President Biden and his congressional majorities do everything possible — including scrapping the Senate’s planned vacation and its legislative filibuster rule — to get the job done.

Pressed by reporters later on Wednesday to outline how exactly Democrats would reverse their fortunes, Mr. Schumer said he was making progress by “showing very clearly to every one of our 50 senators that Republicans won’t join us.”

“As I’ve said before, everything is on the table,” Mr. Schumer said.

Advocates of voting rights legislation believe fleshing out Republicans’ opposition will help build a rationale for centrist Democratic senators like Joe Manchin III of West Virginia and Kyrsten Sinema of Arizona to reverse course and support either changing the entire filibuster rule or creating an exemption for elections-related changes to pass with a simple majority, rather than 60 votes.

“Biden and Senate Democrats need to tell us what their plan to pass S. 1 is,” said Nita Chaudhary, the head of programming at the liberal advocacy group MoveOn, “before it’s too late.”

The Census Bureau was expected on Thursday to share detailed demographic data with states, kicking off the final stages of the once-in-a-decade process of redrawing congressional districts. Under the current rules, Republicans plan to press their advantages in control of state redistricting processes to draw new maps that tilt the national playing field toward their own candidates, making it easier to retake control of the House next year.

The For the People Act, which passed the House this spring, would end partisan gerrymandering by both parties by forcing states to use independent commissions to draw district boundaries. The bill would also mandate that states set up automatic voter registration, 15 days of early voting and no-excuse mail-in voting. It would require political groups to disclose the identity of their big donors.

11/08/2021 Politics Comments Off on As Congress Recesses, Democratic Successes Do Not Include Voting Rights
Markets