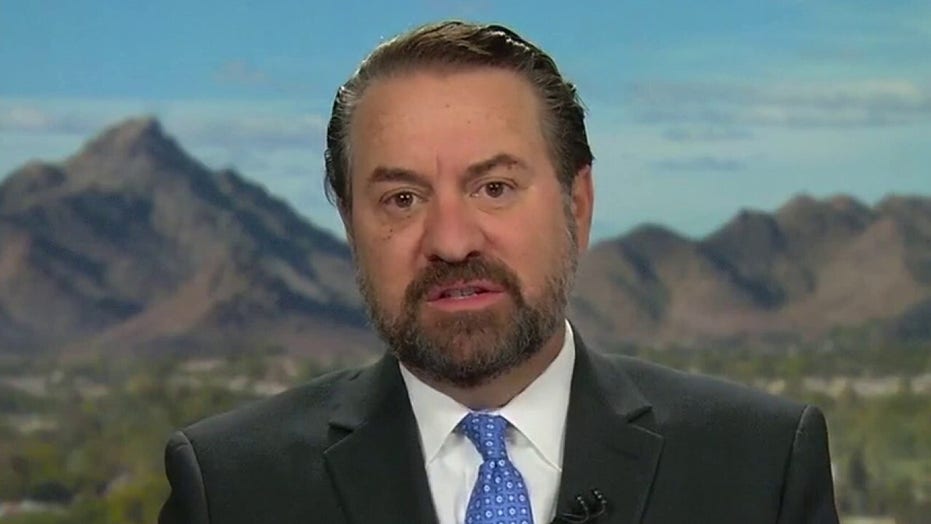 Mark Brnovich: The left is creating a false choice between voter participation and election integrity

Last year, in the midst of a pandemic, Democratic lawyers and their political allies worked tirelessly across the country to file election lawsuits and change long-standing voting processes through edicts from the courts. In fact, 2020 was the most litigated election in U.S. history.

In the battleground state of Arizona, the Democratic Party and their politically aligned special-interest groups worked to circumvent the rule of law and rework long-standing election procedures, claiming it was necessary to make it easier for people to vote, while shamelessly throwing around charged words like “disenfranchisement” and “suppression.”

Earlier this month, the Arizona Attorney General’s Office defended another commonsense Arizona election law at the Ninth Circuit against a legal challenge by the Democratic National Committee (DNC) and its allies. Filed during the middle of the pandemic, this lawsuit relates to unsigned mail-in ballots.

Arizona law permits voters to sign their early mail-in ballots up until polls close, but not after. The DNC has argued that this absence of a post-election “cure” period unconstitutionally “disenfranchises” voters.

Arizona is among the most generous states with respect to both fixing mail-in ballots with missing voter signatures and access to voting generally. Of the 31 states that use signatures as the primary method of authenticating mail-in ballots, 15 do not permit any curing at all. Arizona permits curing up until polls close on Election Day, just as Georgia, Michigan and Massachusetts do.

This DNC lawsuit highlights the glaring hypocrisy of Democratic Party leadership on election litigation. In case after case, their lawyers argue that election laws in battleground states result in unconstitutional “disenfranchisement” – a term the DNC unsubtly references a whopping 31 times in their mail-in ballot brief.

But at the same time, Democrats politically control other states with the same so-called “disenfranchising” laws. If they believe such laws actually harm voters, Democratic legislators could simply vote to change their own laws – no lawsuit needed. The Democratic controlled governments in these states appear to have a profoundly different view of the Constitution compared to their lawyers.

If DNC lawyers’ arguments are to be accepted, Democratic legislators and governors are engaged in rampant and pervasive nationwide voter disenfranchisement. None of these inconsistencies are a secret. But the mainstream media consistently refuses to focus on these glaring contradictions, preferring instead to uncritically parrot DNC talking points.

For example, Connecticut, Delaware, Maine, New York, New Jersey and Virginia do not permit any curing of missing signatures whatsoever –unlike Arizona, which permits curing until the polls close on Election Day. The Democratic majorities could change these laws in a heartbeat, but steadfastly refuse to do so. More tellingly, the DNC has not sued a single one of these states.

If Democratic leadership had any shame, they would at the very least urge legislators to vote the way that their lawyers sue.

Similarly, DNC’s lawyers sued Arizona because it requires mail-in ballots to be received by poll-closing, not merely post-marked by then. Colorado, Connecticut, Delaware, Hawaii, Maine, New Mexico, Oregon, Rhode Island and Virginia all have the exact same deadline – and all have Democratic-controlled governments. But there are no DNC lawsuits.

Likewise, Arizona law imposes restrictions on third-party collection of ballots, more commonly known as ballot harvesting. DNC sued Arizona on this issue, and we recently prevailed in a 6-3 decision at the U.S. Supreme Court in a landmark case I personally argued. But Connecticut, Nevada, New Mexico and Virginia all have equivalent laws, yet no lawsuits. 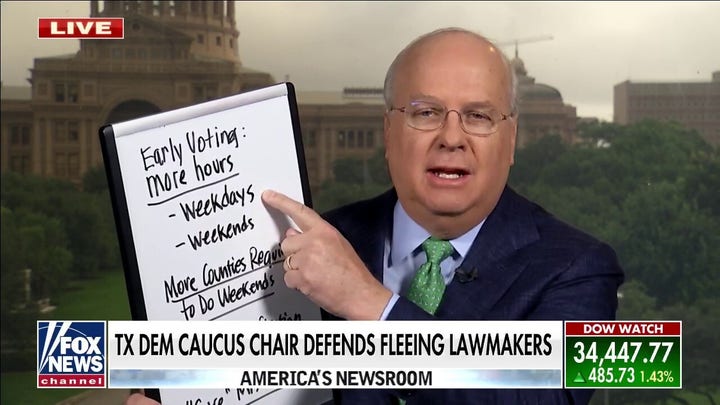 Recently, President Biden’s Department of Justice filed a lawsuit against Georgia for their newly enacted voting integrity legislation. Biden called the commonsense laws “Jim Crow on steroids” and “an atrocity.” Aside from the fact that the legislation actually increases access for voters, likening the legislation to Jim Crow cheapens the accomplishments and sacrifices of Americans who actually suffered under Jim Crow.

The reality is that Biden’s home state of Delaware has many of the same or even stricter voting laws than Georgia, allowing no in-person early voting and requiring voter ID. Sen. Elizabeth Warren, D-Mass., called the Georgia law a “despicable voter suppression bill.” But her home state of Massachusetts has more restrictive voting laws than Georgia. The hypocrisy is astounding.